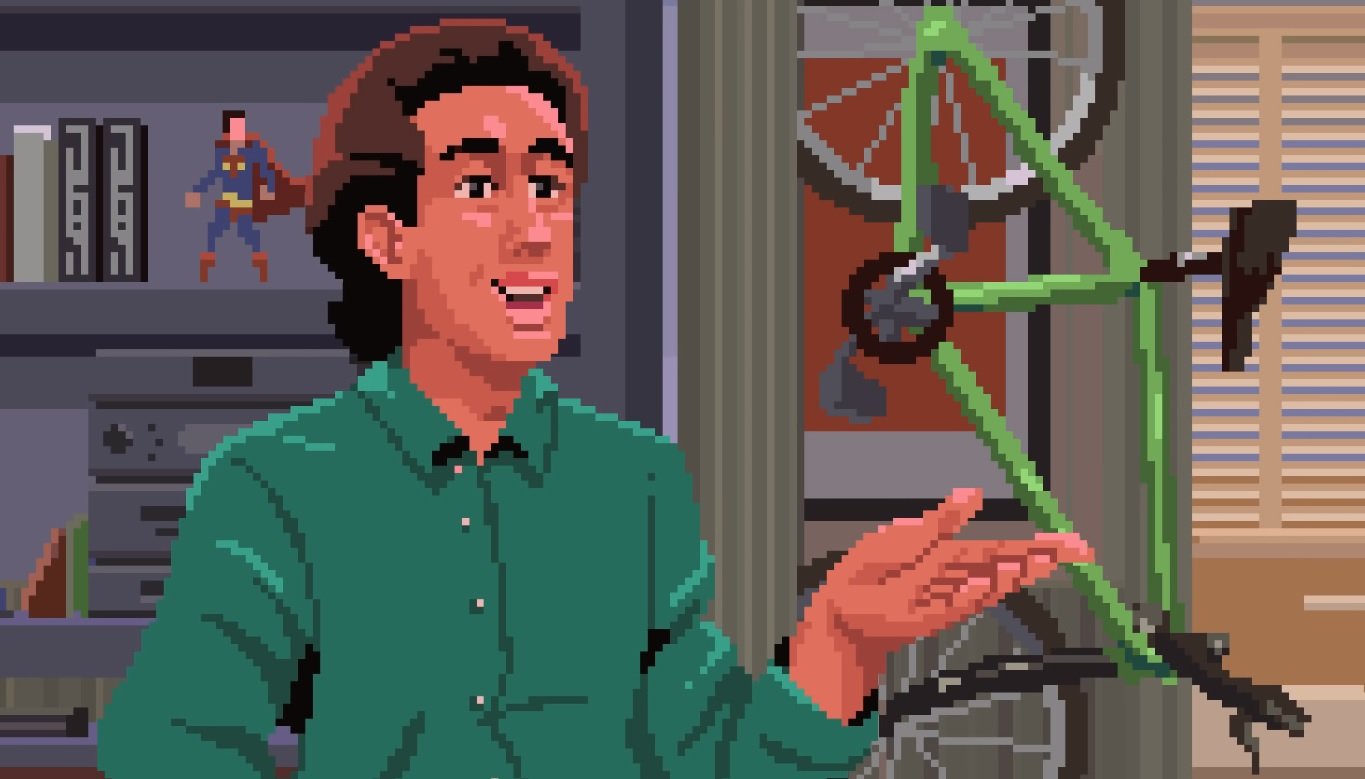 In the bizarro world, a Seinfeld game would have already been made. But it seems as if we’re not sponge-worthy, and the universe can’t spare a square of pity for us. Developers Jacob Janerka and Ivan Dixon are looking to change that.

With a humble pitch and a proof of concept gameplay video, the duo made their intentions of creating a Seinfeld game very clear. The gist is that it’ll sport an old school point and click adventure game framework, and will be delivered through original “half an hour episodes,” with a potential delivery system for future content.

The team is shying away from pure fanservice, and essentially wants this to be a continuation of the show with new storylines (maybe they can finally answer that annoying “what if the gang had cellphones, none of their problems would ever happen” complaint). The first episode is called “The Email,” and involves Jerry’s email address getting leaked to Kenny Bania (I’m in already).

This isn’t going to be a “ask for forgiveness” ROM-hack situation. According to the pair they “want to do this the official way.” Here’s their full reasoning: “we believe that pitching to the internet will show the demand for such a game, which will provide a better chance of this becoming a thing than us just sending a cold email. We want our email to be warm, if that makes any sense.” The idea was “something [they’ve] been talking about for years,” and their friendship was even born out of their bond for Seinfeld. You could say it’s a passion project.

Just FYI, this duo is legit. Janerka created Paradigm, which is highly rated on Steam, and Dixon co-directed this Childish Gambino video. That’s cred if I’ve ever seen it! While this seems like a longshot given how guarded Jerry Seinfeld and Larry David are with this show, the pitch is incredibly professional, to the point where I’d say it has a shot at coming across their desk, at least.