About a zillion years ago, I had the opportunity to sit down with Martin Filipp, Developer at Deep Silver, and discuss with him the company’s upcoming survival-horror title: Cursed Mountain. Deep Silver, if you weren’t aware, is relatively newer development house staffed by ex-members of Rockstar Vienna and they’ve been hard at work creating what could become a trend of titles that are aimed for the more mature Wii owners.

At least I hope so. Listening to Nick complain about Carnival Games every time someone mentions the Wii gets pretty old, and having more compelling games available that are designed for the hardcore player may just quiet him down some.

Hit the jump for some hot Cursed Mountain Q&A action! 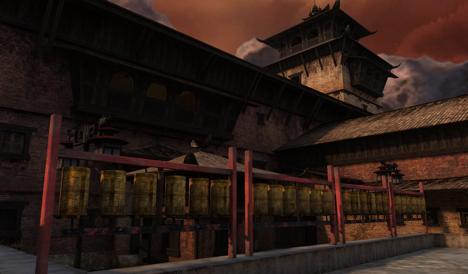 With most games of this genre placing their characters in more traditional “spooky” locales, how did the idea of using a mountain as the setting come about?

As a studio we have a different approach to game development. We always try to find something fresh and new. The main idea was to have a game set in the ancient culture of the Asian religions; this was the first thing that took us and was the first idea we started with. And the next thing was, starting with ancient religion and ancient culture, we came to the idea of Tibet and the Himalayas, and the next step was adding high-altitude climbing to it.

That’s actually what we try to convey with the game. You will not fight with a gun or a chainsaw. You will use the Wii controls to mimic the gestures of the prayers and rituals instead of traditional weapons. 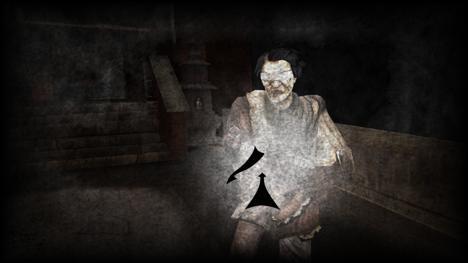 That’s actually not completely right. You use the Wii controls for combat, but our combat system is based on the gestures of the prayers. So it’s not that you have a weapon, a gun, or a chainsaw, but your weapons are the prayers and the rituals that you’re doing. These rituals and prayers are visualized and performed by these gestures. That’s what we use the Wii controls for, and that was the one thing that hooked us on the Wii. Another thing was, we think that we were able — with the technology we use — to offer the player some visuals that they haven’t seen on the Wii so far. That was one of the reasons that we picked the Wii as well.

Talking about technology, we’re going to able to offer the player an experience, where even though it’s a level-based game, it will be a complete game world with the Himalayan Mountain region available and visual to the player in the background all the time. You will see your goal, the summit, the very top of the mountain, you see it the whole time and you can always focus on that. So we offer a great view of distance in the game, something we think has not been seen before on the Wii.

You mentioned that Cursed Mountain will have mature content. With so few mature games out for the Wii, are you planning on curtailing the content in any way to have a broader appeal to the Wii ownership, or do you plan on making a more adult-oriented game?

As a company, we are into to adult gaming, so it’s going to be a mature game and that’s what we’re aiming for. And not just for this title, as a company we don’t create any sports or kids games.

Yes. It will receive the M rating.

Well that’s certainly good news for Wii owners. I’d like to go back to the location again. We’ve discussed the location as being a mountain, but I’m curious as to why the game is set in the 1980s. Is there anything particular about this decade that lends itself to the storyline?

In the ’80s, there was old-school mountaineering. The people would just pack their backpack and go up the mountain; they just did their thing with regular climbing. These days you have cell phones, you have fancy helicopter rescues at 7,000 meters; mountaineering isn’t as dangerous. In the ’80s, that didn’t happen, and we think that’s a richer environment for a game and that’s the reason we picked the ’80s. 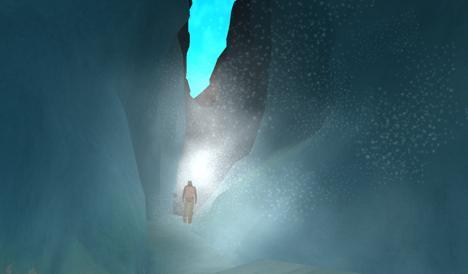 With the ’80s setting you’re trying to create a sense of danger with the locale. But would you say that most of the tense moments that you’re trying to portray in the game come from climbing the mountain, or dealing with the cursed mountain population?

I think the focus will be on the scary moments in relationship to locals that you interact with. The point of view that we had with the setting is that, in the ’80s, it was not a tourist thing to go on a mountain. Now you can book a Mt. Everest tour and you don’t have to be a real climber, you just pay people to bring you up. In the ’80s, it was different, and back then local people hadn’t seen so many Westerners. A few of them felt that the tourists may be good for business and that something positive may come of it, while others thought that bad things may happen with so many Westerners coming into their culture.

This idea is where we take our storyline from. About twelve hundred years ago, the founder of the Buddhist religion left information about the religion in artifacts and left them in hidden places in this area. This information about these hidden places was given to the scholars, but lost. Due to the reincarnation, the information pops up again in later generations and people have visions showing them where to find the artifacts.

The people set out to find these artifacts, which are called Terma, and find them. This is actually true and can be looked up. Every couple of hundred of years those Termas are found. And we thought, what would happen if a not-chosen person, a non-holy person, were to find one and do a stupid thing with it. That’s one of the reasons for why this curse happens, because a Westerner takes this item and uses it for selfish reasons.

So because of that, a lot of the fear and horror comes from dealing with the local people who are afraid of the Westerners and their interference with their culture. Along with that we show the dangers of the high-altitude climbing. For example, with the lack of oxygen, the high-altitude sickness will play a part in the game. You can’t sprint around the game, because at high altitudes that’s impossible. So there will be strategic elements where you will have think about what you will do next because you can’t just sprint 100 meters. 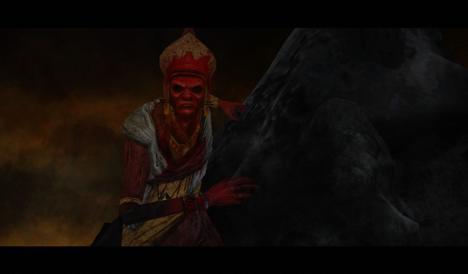 What were some of the influences that the team used when creating the game? Specifically, what horror movies or horror games, if any, have been referenced when designing the title?

We did a lot of video watching for reference, like Touching the Void and the IMAX Mt. Everest documentary, which helped a lot as a reference when trying to convey the atmosphere. We also watched a lot of documentaries about the Dalai Lama, Buddhism, and Tibet, so that we could offer the player a richer and original environment.

So mostly it’s a completely original experience, but based on a large amount of real-world references?

Exactly. We picked hundreds of pictures and photos of local people there to get an idea of what this area looks like, with their buildings and, for example, their prayer flags that they have are very colorful. The ghosts that you encounter in the game are real people, because since they (the ghosts) are stuck in between the shadow world and this one, they reference pictures of people like monks that we picked up when doing our research. The art direction is all real-world-based reference.

Can you say how long the total adventure will be? Is it only single-player?

It is only single-player. As far as length, the typical player will take about 10 to 15 hours to play it. A better player may finish it in less, but 15 hours is a good estimation. 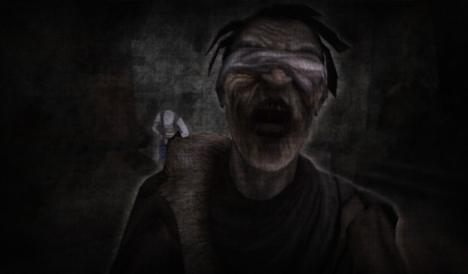 With the Wii controls, you mentioned that a lot of the combat will be based on the movements that Buddhist monks use for their prayers. Are there any environmental factors that will also use the Wii controls?

So what can a player expect from the experience that they’ll get when they pick up Cursed Mountain?

We want to give players a game like they’ve never experienced before. In other scary console games, players clutch a controller while moving around, whereas Cursed Mountain uses the Wii remote to make the player feel more open and vulnerable.

This is a game where the element of fear comes from the sense of isolation – a protagonist unsure if he’s hallucinating the monsters or not, and a gesture-based combat system that forces the player to open himself up physically to the danger.  We want players to be fascinated with the Buddhist elements of the game, and realize why we chose them and how important they are not just to gameplay, but to the storyline.  Of course we also want to provide an entertaining, complete experience for gamers, that pushes the graphic limits for the Wii platform and also freaks them out.

We think Cursed Mountain has taken a new approach to the survival horror genre that will surprise and excite players, and we can’t wait until they get their hands on it.

And that conlcudes our Q&A with Martin Filipp, Developer at Deep Silver. Destructoid would like to thank him for his time, and would also like to thank Deep Silver for creating a game that may change the way Nick Chester people view the Wii as a platform.