We have all kinds of sports in the United States, but the “big four” (baseball, football, basketball, and hockey as a distant fourth) generally take precedence over everything else. Still, tennis has a decent following here, especially with American talent like James Blake and Andy Roddick being successful at the moment. And the phenomenal success of Wii Tennis shows that, at the very least, tennis is a viable videogame sport.

2K Sports’ Top Spin series has come to be regarded as the pinnacle of simulation tennis videogames, and to uphold that impressive pedigree, the France-based studio PAM Development has been working on Top Spin 3 for most of the past two years. Destructoid was invited to a conference call with Anthony DeLuca, a producer on the game, and he gave us the skinny on what to expect in Top Spin 3. You can view the first gameplay trailer above, peep 15 new screens below, and hit the jump for my notes on the game.

First, Anthony went through the history of the Top Spin franchise. The prior two games in the series have been highly regarded as the best tennis sims around, and 2K Sports aims to keep up that pedigree with Top Spin 3. The last game, Top Spin 2, was a 360 launch title, and while it was solid, the team knew that it could be improved on in many ways. Apparently, 2K has pretty much been working on this game since the release of Top Spin 2 (though Anthony acknowledged that they all took a vacation after finishing that game). 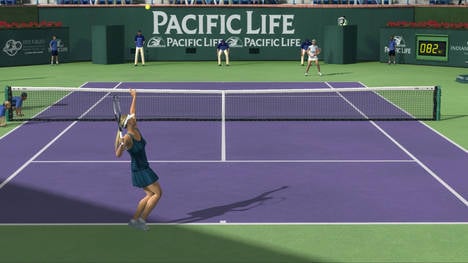 In Top Spin 3, Anthony said that 2K went “back to the drawing board as far as gameplay.” According to him, all tennis videogames have had a major problem until now: they consist of “pressing the A button back and forth over the net” (he called it a “version of Pong”). So they set out to create a more realistic portrayal of the sport, in terms of what you’re doing with the controller and what you’re seeing on-screen.

To that end, 2K has revamped old features and introduced a whole host of new ones, including: different types of shots, ball physics, environment, court type, and “character”. The last one was explained as an attribute — for example, Roger Federer is a skilled baseline player, while Andy Roddick possesses a killer serve. The controller’s face buttons will control the type of shot. As for environments, Anthony explained that the advantage of a tennis videogame is that you only have to render, at most, four players on-screen at any one time. This allowed 2K to create a variety of dynamic weather effects, such as storms, clouds, and shadowing.

In the looks department, Anthony mentioned that there were over 1,500 motion-captured animations in the game, and they’re situation-specific — i.e., they’ll depend on factors like your position and location on the court, as well as your player’s skill set. He also made the claim that we’ve come to expect in 2008: there are “no performance differences” between the PS3 and 360 versions. Of course, developers have been saying that forever and I’ve certainly become jaded in that respect, but here’s hoping that 2K can deliver on that front. 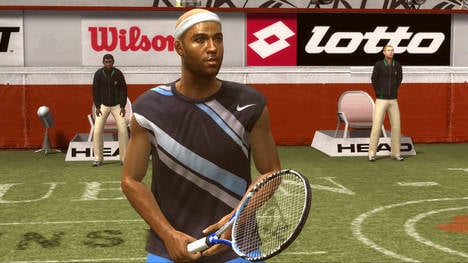 Control was at the forefront of 2K’s work on Top Spin 3. Involving the right analog stick has become the norm nowadays, and that’s no different here. Though you can still use the face buttons to serve, the right analog stick is the main focus this time around. You’ll pull it back to initiate the serving motion by tossing the ball over your head, and then you’ll flick it upward to hit the ball. If this is unsettling to you, fear not: there’s also an extensive tutorial mode available, the Top Spin School. It starts out with just you and a ball machine on a neighborhood court, and from there, you can pick what you want to learn.

The roster was revealed a while back, and it’s got a good variety of today’s top players as well as three legends of the sport. Anthony noted that getting 17 modern players and 3 classic stars was quite a tough task. Unlike, say, baseball or football, tennis has nothing resembling a players association — so to use real tennis players, game developers have to negotiate individually with the athletes, as well as their agents and lawyers. It’s a lengthy process, and 2K chose only those players who were legitimately excited about the project.

In the game, all of the players will be available from the start, though there’s a good amount of unlockable content in the form of equipment and clothing — all with real brands like Nike and Lacoste. Usually, people whine about product placement, but I think it adds to the realism in sim sports games, so I have no problem with it here. As for downloadable content, Anthony mentioned that the possibilities include new players, created players, equipment, and clothing. 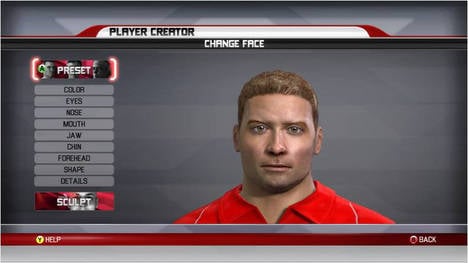 Top Spin 3 will feature a robust create-a-player mode where you’ll be able to adjust your player’s characteristics to your heart’s content. Options like nationalities and body size are the norm, of course, but when was the last time that a game allowed you to choose whether or not your player wore lipstick? And if you’re tired of just choosing from a set number of heads, then this is the game for you: go nuts messing with points on your player’s face.

There isn’t any commentary in the game; 2K wanted to focus on the sounds of the game. But a pop-up icon will make instant replay accessible after every point. Stadium-wise, the game will feature real venues like Roland Garros (French Open) and Arthur Ashe Stadium (U.S. Open) alongside more unique stadiums that the devs created themselves. Of course, the players will all look and act like they would in real life, thanks to 2K’s Signature Style™.

Online play, which will not be available on the Wii version, looks to be relatively deep. You’ll be able to play with up to four players in a 2-on-2 doubles match, although not with four separate consoles (two split-screen players facing off against two other split-screen players is the max). In addition, there’s a new world tour mode that looks to be the heart of the online experience in Top Spin 3. A new tournament will be set up every two weeks, and the massive leaderboards will have you going up against random players in the contest. The game also supports online leagues. 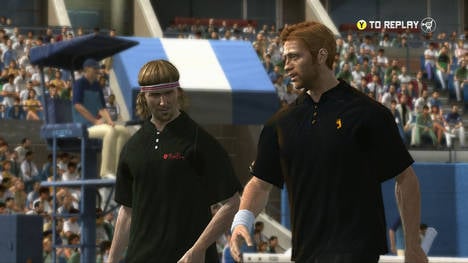 As usual, 2K is advertising the Wii version as “family-friendly”, but that doesn’t mean they’re skimping on gameplay. It’ll certainly be more in-depth than Wii Tennis, at least. The way you swing the Wii Remote — like whether you swing up or down, and how far you swing, will affect the in-game character’s swing. But don’t worry, casual gamers: the requisite mini-games and party games are there, too. The DS version will feature mini-games that make use of the stylus, such as tic-tac-toe, as well as Wi-Fi online play.

Since I’m a PS3 owner, I specifically asked about DualShock 3 support, and I’m happy to report that it’s natively included in Top Spin 3. And if you were wondering why Rafael Nadal will appear exclusively in the PS3 version of the game, that was a result of a sponsorship deal that he had with Sony; also, the PS3 is a bigger seller in Spain than the 360 (as in the rest of Europe). Top Spin 3 looks to be shaping up pretty nicely; I’ll let you know how the full product turns out in my Destructoid review, though that won’t be for a while. Top Spin 3 will be out in North America on June 23rd for the PS3, 360, Wii, and DS.