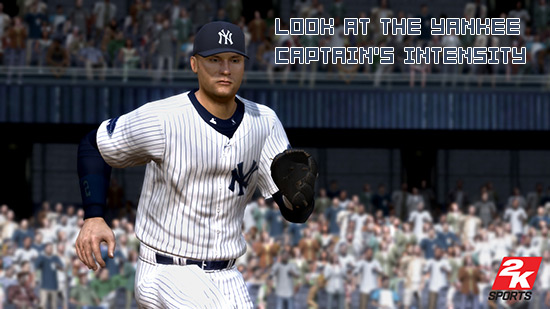 People often hurl accusations of console bias towards Destructoid. However, I also want to prevent any of you fine folks from thinking that we’re prejudiced towards a specific publisher. Last week, I put up my impressions of the MLB 08: The Show PSN demo. This week, I’m reporting on its competition, 2K Sports’ Major League Baseball 2K8. In case you’re confused, here’s the skinny: 2K Sports’ exclusivity deal with Major League Baseball only applies to third-party games, so Sony is free to produce their own baseball videogame.

Last Friday, numerous media outlets, including Destructoid, were treated to a conference call with Ben Brinkman, the Executive Producer of MLB 2K8. During the hour-and-fifteen-minute session, he answered a wide variety of questions, ranging from the overarching and general (“What are your biggest challenges?”) to the overly specific (“Will the PA announcer still mispronounce the Red Sox third baseman’s name as ‘You-KILL-iss’?”).

Hit the jump for all the gory details.

Ben started out by giving an overview of MLB 2K8. Last year, they just wanted to produce a solid game that was about “getting it to play”, but this time around, 2K set out to take it to the next level with “a new experience”. To that end, MLB 2K8 features completely revamped AI and controls for the four main aspects of any baseball game: pitching, hitting, fielding, and baserunning. They wanted to make 2K8 feel like a huge jump from 2K7.

First, he went into the new pitching interface. If you’re unfamiliar with it, here’s a quick primer. Essentially, it’s like skate. — but for pitching. That is, pitching is controlled by the right analog stick, and the point was to make the player feel like he or she was actually throwing a pitch. The system requires three motions: first, you decide power (usually pulling back); the second motion picks the type of pitch (straight up for a fastball, three-quarters motions for certain breaking pitches, etc.); and the final motion controls accuracy. 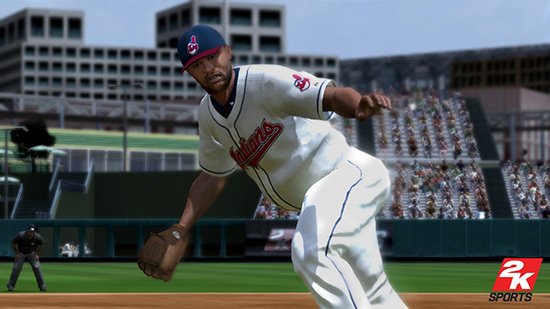 Sound complicated? Ben agreed, saying it would take “five to ten minutes” to get acclimated. But he assured us that once we were through the initial learning stages, it would feel like a much more natural, organic, and intuitive interface. In fact, he claimed that Total Pitch Control, as it’s called, is an innovation on par with EA’s introduction of the three-step pitch meter in MVP Baseball 2003. I can’t vouch for that myself yet, but Ben said that a PSN/XBL demo had been submitted and would be out “very soon”.

The next feature Ben discussed was a completely new one for the franchise: trading cards. They’re somewhat similar to Madden Cards, but these won’t give you special cheats. Instead, you’ll be able to unlock them by doing certain things in the game. For example, stealing three bases with Ichiro in a game will unlock his card. There are three levels from least to most rare; they scale with the difficulty level (so you’ll have to grow a pair and play on Veteran to have a higher chance of getting rarer cards).

That’s not all, though: there will be twelve to fifteen cards per team to earn, and the whole point is to put together a “card team”, which can be used in online or offline “card battles” (A-Rod trading card, go!). 2K Sports will also be releasing card packs on XBL and the PSN, but Ben didn’t go into pricing (drat!). Again, it’s something that sounds cool on paper, but I’d have to see it in action to give a proper opinion. 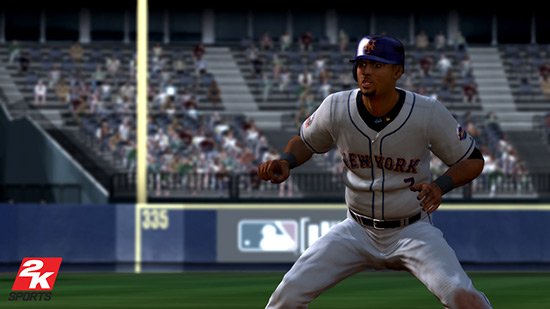 The on-field throwing system has also shifted to the right stick. For example, to throw to second base, you’ll aim upwards. The accuracy of that motion will determine how on- or off-line your throw is. The amount of time spent in that position controls the throw’s release point, and accordingly, its “vertical” accuracy. Merely flick the stick upwards, and you’ll release the ball early; the throw will sail. Hold it too long, and the throw will end up in the dirt. Oy vey! For those of you anticipating frustration from these newfangled control schemes, Ben noted that all the “classic” schemes would still be available.

Graphics were up next. MLB 2K7 was roundly criticized for its framerate issues, which were severe enough to affect gameplay at times (especially on the PS3 version). This year, Ben promised that they had done a great deal of optimization to try and ensure that the experience would be as smooth as possible on both consoles. We were told that the game would run at 60 fps, and though slowdown could happen with a lot of action on-screen, the framerate would never dip near 30 fps.

Finally, Ben addressed a bunch of miscellaneous issues. Simulated franchise statistics will be more realistic this year, so Andruw Jones won’t regularly rack up 80 HRs. Ball physics have also been tweaked, so you’ll experience all kinds of hits and trajectories — and everyone loves the occasional Texas leaguer thrown in with all the line drives, right? The game now features ninety different minor league teams, from upper-level single-A teams through to AAA, and there are 3 generic minor league stadiums along with 18 authentic ones. 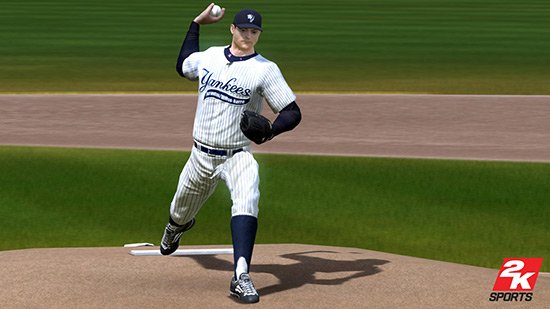 The Wii version, the first baseball sim on the console, won’t have any online functionality or minor league teams, though it will contain everything else. Ben labeled it more of a family-oriented “pick-up-and-play” experience. If you’re surprised by that, you must’ve been living under a rock for the past year. As for the game’s soundtrack, 2K Sports is staying indie, so you’ll see songs from LCD Soundsystem, Black Rebel Motorcycle Club, and some other bands that I’ve never listened to.

Sadly, unlike Sony’s MLB 08: The Show, this game won’t allow for custom soundtracks on the PS3, nor will it feature any Home integration or rumble functionality (DAMMIT!). I can understand the lack of “Accomplishments”, but I don’t see why there’s no DualShock 3 support (though Ben said it could be patched in after the game’s release). Still, I’m hopeful that the game will at least run as well as its 360 counterpart. We’ll be able to see in less than a week — MLB 2K8 will be out on March 3rd for the PS3, 360, Wii, PS2, and PSP.