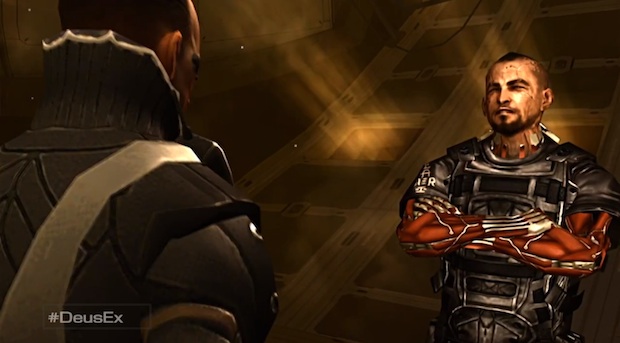 The next Deus Ex game is a mobile/tablet title. It was developed by Square Enix Mobile Europe in cooperation with Eidos Montreal, the folks behind Deus Ex: Human Revolution. They’re calling Deus Ex: The Fall an action RPG; it will be the series’ mobile debut.

The story picks up where the novel Deus Ex: The Icarus Effect finishes. It’s set in 2027, where augmented former British SAS mercenary Ben Saxon works to find the truth behind a drug conspiracy.

Hamza and I saw this game a few weeks back. Square Enix says that it will be approached with the same attention as their boxed releases. Expect a high quality release. From what we saw, it looks really solid. And yes — it’s all touch controls. Stay tuned for our preview.

Deus Ex: The Fall will be released in installments, with the first coming this summer, priced at $6.99.