Arrangements from the original Deus Ex by OverClocked ReMix

While Eidos Montreal has had a secret Deus Ex project in the works, it’s not a new game. The studio has teamed up with OverClocked ReMix and the composer of the original Deus Ex, Alexander Brandon, to craft eight remixes from the classic Deus Ex. Tracks will be released via the Deux Ex Facebook fan page over the course of the next few weeks, with the first track available today.

Even more, we’ve had the chance to sit down with Eidos Montreal’s audio director, Steve Szczepkowski, to talk about the project, including questions as to why they’re focusing on the original Deus Ex rather than the more-recent Deus Ex: Human Revolution, and why Alexander Brandon wasn’t tapped to score the latter after his success with the original game.

I think what is interesting and important about these remixes as a Deus Ex fan is that 13 years later, Alexander Brandon has had the opportunity to collaborate with the OverClocked ReMix team to show the world another side of his previous work. Further to that, gaming itself has evolved in that same time from a niche pastime into the mainstream, so there is something to be said about being able to bring this classic soundtrack into the modern age for new and old Deus Ex fans alike. Given the cult status of the original Deus Ex and the passion and dedication within the Deus Ex community, it’s exciting to be able to give such a unique gift to our fans.

On the original Deus Ex’s influence on Human Revolution

[The original influenced Human Revolution] quite a bit, actually. I spent a fair amount of time playing Deus Ex and listening to the score. While I greatly enjoyed the OST from the first game – its style was suited more for when the game was released and we wanted to keep the spirit but take it somewhere else – somewhere new. [Composer Michael McCann] helped us find that sound and get there. I think Mike kept the spirit of the franchise and still managed to introduce a new sound and style without alienating hardcore fans. Not an easy task. We did in fact pay a musical homage to the UNATCO theme in one of the early moments in the game as well as including a fair number of the DX original tracks in our Pirate Radio broadcasts. If you were a big fan of the original OST – there were some sonic nostalgic goodies in DXHR for you.

On working with Michael McCann on the soundtrack for Human Revolution

…We spoke almost daily for quite a period during production. It became part of my evening ritual… [Laughs]. I consider myself a sounding board for Mike. I would work with him at the get go to establish the vibe or emotion we’d be going for – to get Mike in the right mind set and then it would be all Mike. He would go and try stuff and would come back and bounce ideas off of me and I would tell him what I felt was working and what wasn’t. From there Mike would usually nail it. Mike’s an awesome talent and things just seem to work really well between us. We click.

Alex was considered as were many other talented composers. But we really were looking to carve out our own niche –  we wanted to do something original. Deus Ex was a great game but now we wanted to make our game in the series. When I heard Mike’s pitch I knew I wanted to work with him. I think it would have been safe and easy to go with Alex but I’ve never done things safe.  Alex reached out to me early on to wish me well with the project and even said to do it my way and make it my own. He’s a classy individual and always spoke well about the work Mike and I were doing – I have a lot of respect for Alex.

On game music as its own unique art form

Game music done well is extremely difficult. When I say well I mean something that stands out on its own. Movies are always the mirror that game music is compared to but the mediums are completely different. Movies are a linear experience running maybe 120 minutes. Games (like DXHR) can be completely nonlinear and can run in the 25-40 hour range of gameplay . How do you create something memorable and non repetitive in those constraints? It’s very difficult. Those challenges alone define it as its own art form. Thankfully we have many talented composers in the industry, working with talented dev audio people doing interesting stuff and that keeps everyone listening and pushing to carve out their own identity. 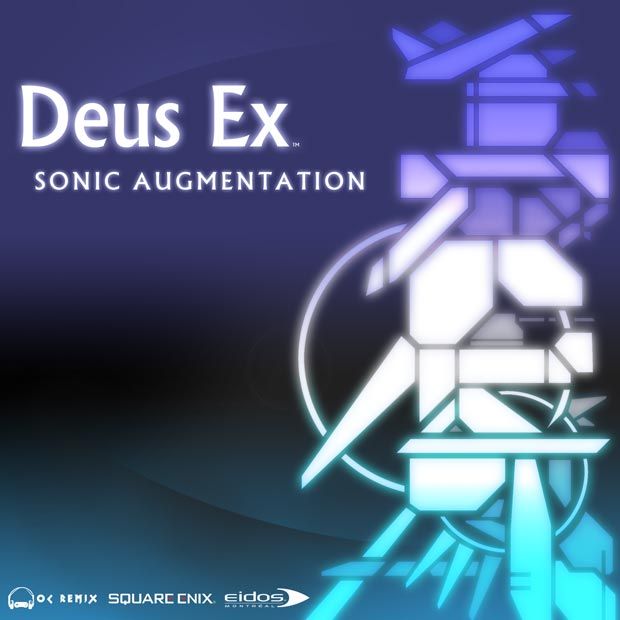