At least I didn’t have to Augment My Preorder

While it has already been fairly common knowledge that Deus Ex: Mankind Divided’s Breach mode would contain purchasable Booster Packs, the extent in which microtransactions have permeated throughout the overall game was somewhat of an unknown. Now that the game is out and on store shelves, and now that digital storefronts have been updated to reflect what purchases can be made relating to the new Deus Ex game, we can have a clearer idea as to what additional charges Square Enix have added to the overall experience. 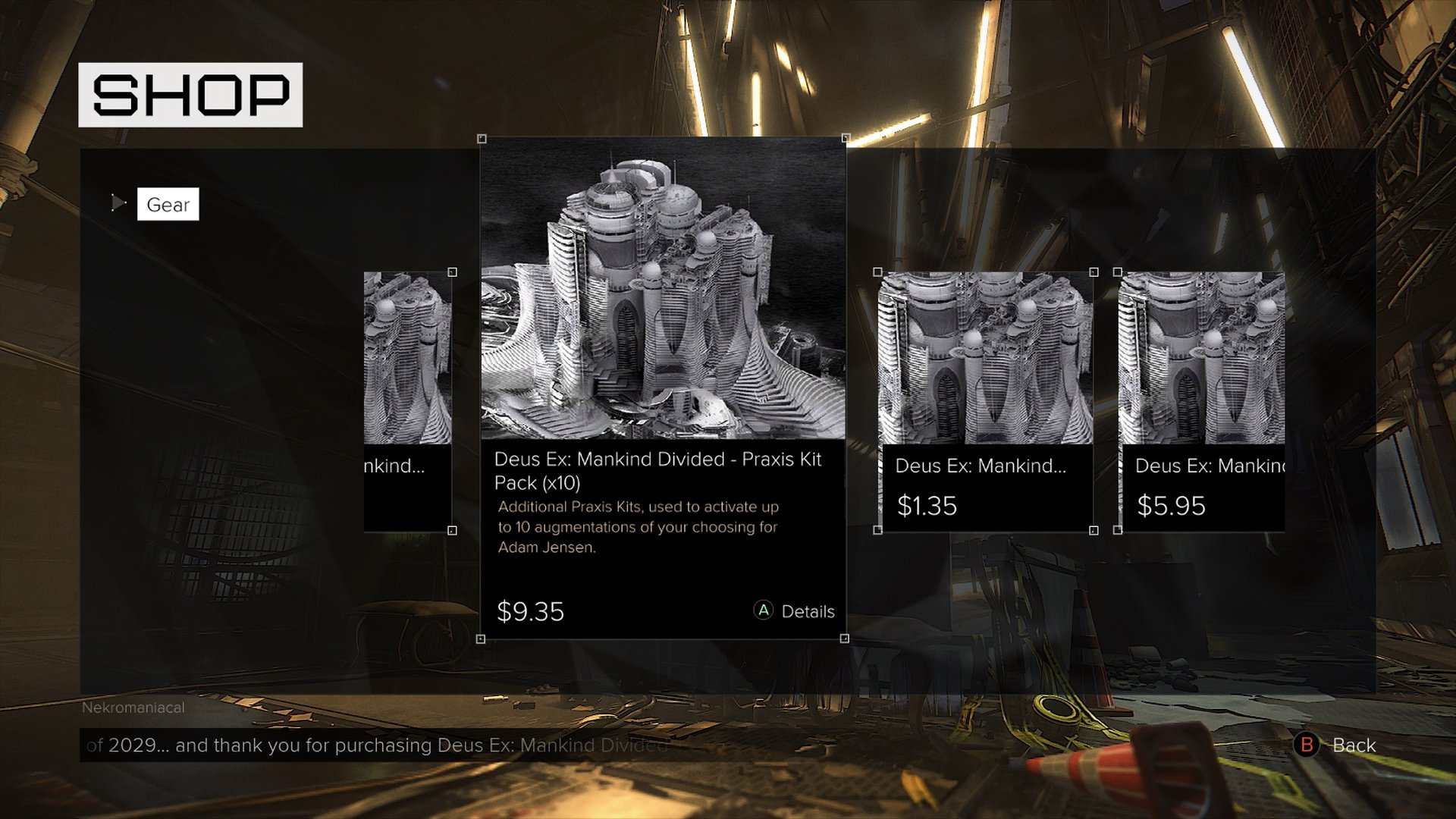 Alongside these microtransactions, Deus Ex: Mankind Divided currently has two weapon packs for sale. These packs are included in the $29.99 Season Pass and are as follows:

Considering that it’s now been proven that a significant portion of the Season Pass consists of either reskins of weapons already available in-game and content acquired through microtransactions, it seems more advisable than ever to simply wait until the two story missions the Pass is also meant to provide have been released and reviewed before dropping any money on additional Deus Ex content.

Thankfully, the base game is still very enjoyable.