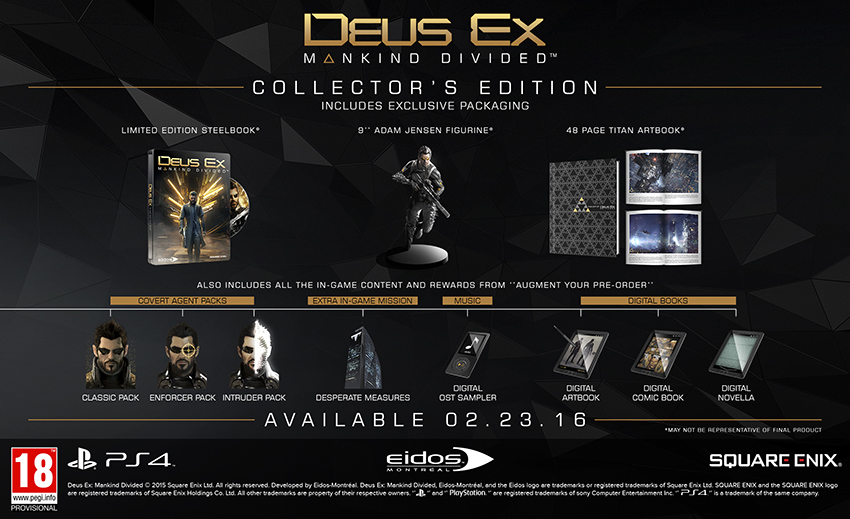 Square Enix and Ubisoft sure know how to do a terrible mean Collector’s Edition!

Deus Ex: Mankind Divided will launch on February 23, 2016, and with it, multiple “tiers” of pre-order bonuses and a Collector’s Edition that contains physical items and in-game content. If you “pre-order today!” you’ll help unlock multiple bonuses, all the way up to a 4-day early release for the game.

I mean, the shades on that Adam Jensen figurine aren’t as memorable as “Aiden Pearce’s iconic cap” ™, but this whole thing is giving me deja vu.