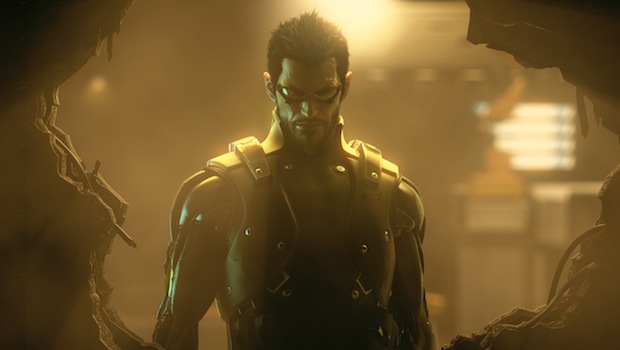 Deus Ex: Human Revolution has been the only game that I can remember dislodging Team Fortress 2 from the top of my “Friends’ Gameplay Stats” list on Steam. Team Fortress 2 has been resting there at the top for as long as I can remember, so it’s testament to how hyped people were to get their hands on this long-awaited prequel.

If you’ve been having problems with the PC version, then Eidos Montreal might have the answer to your troubles. There’s a hefty looking patch on the way that’s going to be fixing some issues and even adding a couple of extra little features too.

I love the descriptions in this patch: “Fixed an issue where doors in Omega Ranch sometimes wouldn’t open.” Yeah, I can see that being a problem for some people. I haven’t played the PC version myself yet so I’m not sure if this patch is going to fix any big issues. Hopefully Human Revolution runs nice and smooth for you all so you can carry on making “art.”

Fixes:
– We have addressed various issues that can occur for players that would result in ‘stuttering’.
– Stutters that are the result of graphics driver shader processing are now removed or significantly reduced.
– Stutters that are the result of data streaming have been removed or significantly reduced.
– Performance has been improved and made more stable on dual-core systems. This could previously also result in stuttering.
– Fixed issue where some players couldn’t complete the Motherly Ties side quest.
– Fixed an issue where doors in Omega Ranch sometimes wouldn’t open.
– The TYM medical card should no longer fall through the table if an NPC’s body comes into contact with the card. Players already stuck in this area will need to revert to a previous save before the card fell through.
– Occasional hangs for some players during video-playback have been fixed.
– A crash on startup when running DX11 on a single-core CPU has been fixed.
– An issue causing Eyefinity setups to not be correctly detected for some players has been fixed.
– Fixed an issue where the HUD would get permanently disabled for some players.
– Fixed certain issues that caused the mouse cursor to be able to leave the game-screen on multi-monitor setups.
– Fixed an issue that caused the mouse cursor to not be visible in-game when the user has mouse trails enabled in Windows. We still recommend disabling mouse trails for a smoother in-game mouse cursor.
– Fixed issue where ammo count for collected guns is incorrect when Adams weapon is augmented.
– In DX9 mode:
– Fixed error message for some users when trying to use FXAA Medium or FXAA Low anti aliasing modes.
– Fixed shadow-mapping ‘lines’ on some graphics hardware when using anisotropic filtering.

Feature Additions:
– The Enter and Numpad-Enter keys can now be bound to game actions in the keyboard control menu.
– Intro logos can now be skipped on all but the first run of the game.
– Added windowed mode.
– Selectable in the menu, and can be toggled between windowed, fullscreen, and fullscreen windowed using ALT-ENTER.
– Added an option to change the text language of the game. This setting only changes the text language, the audio is controlled by the language option in Steam.