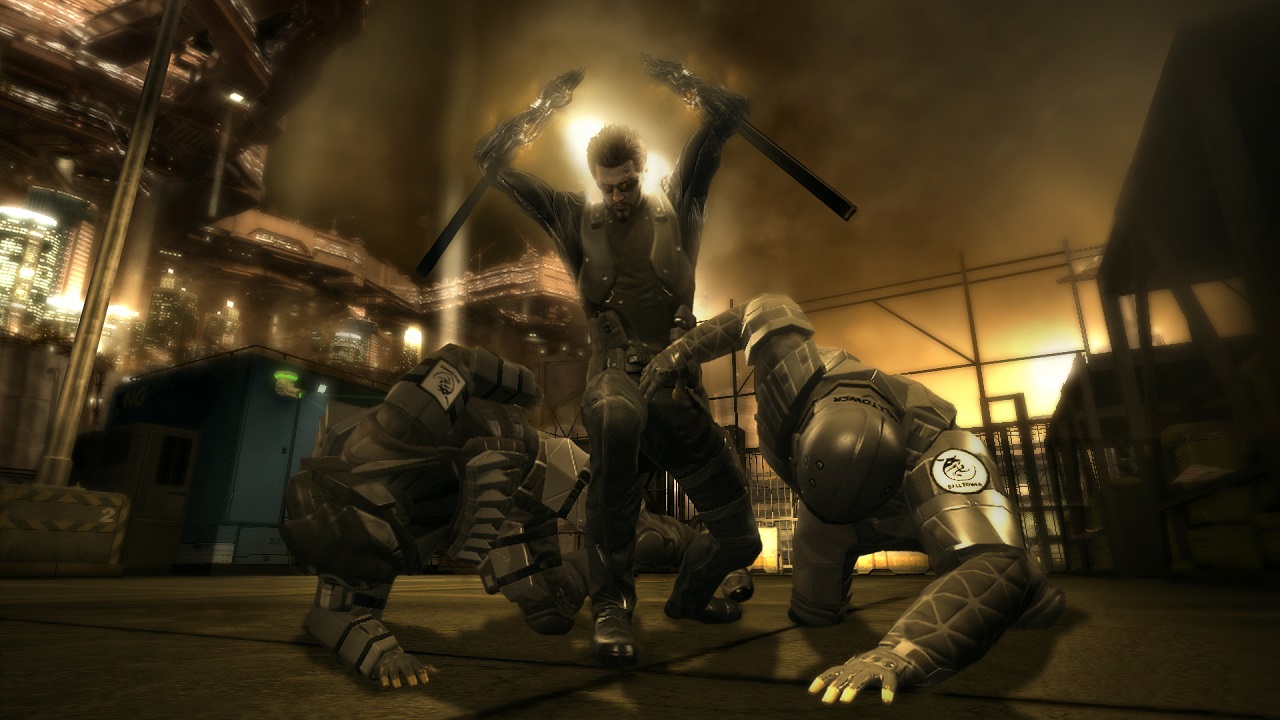 Square Enix and Eidos Montreal are concentrated on the release of Deus Ex: Mankind Divided early next year, but that doesn’t preclude it from turning its attention to games of the past. With Microsoft’s E3 reveal of Xbox One backward compatibility, the publisher and developer are looking at adding Deus Ex: Human Revolution to the program.

When asked about the possibility of seeing this last-gen game on Xbox One via backward compatibility, the official Deus Ex Twitter account replied “We’re working to make it happen. 🙂 We’re hoping to have good news soon.”

In recent months, Xbox has explained the program as something that publishers can simply opt into without any hassle. There’s no extra development needed. Xbox pitched it as a process that’s as easy as flipping a switch.

Even though the program is still only available in beta, we’ve seen several examples of companies using promised backward compatibility as a sales tactic. Pre-ordering Fallout 4 ensured Fallout 3 on Xbox One sometime in the future. Likewise, buying Gears of War Ultimate Edition makes the entire four-game Xbox 360 collection available via backward compatibility.

Even though nothing of this nature has been said, it’s not too far out there to predict that Square Enix might try to push pre-orders a little further by dangling Human Revolution as bait. Thus far, a collector’s edition has been announced with multiple tiers of pre-order incentives. If enough units are pre-ordered, the game will release early (although, it’s never been said what number this goal will be reached at). So yeah, adding backward compatibility into this pre-order fold sounds right in step with the way this campaign is going.