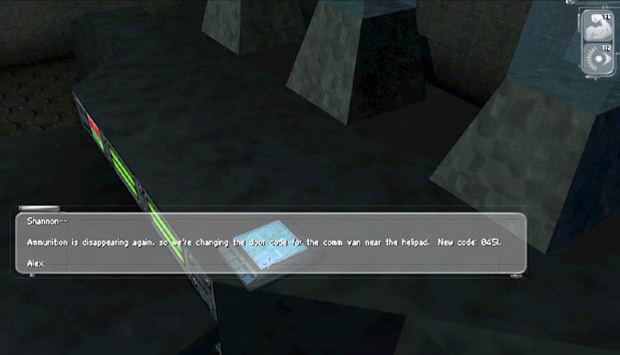 This might be a bit silly if you are not a giant fan of Deus Ex who still thinks it’s the best game ever made, but I loved it. Eidos Montreal art director Jonathan “Pretty Face” Jacques-Belletête tweeted today: “Btw, my flight number to Seattle is 0451. Deus Ex fans will know what this means.”

And we do! It’s a code for a keypad that opens up an armory on Liberty Island in the original Deus Ex. And it’s not just a number or a reference to Fahrenheit 451. It’s almost an in-game keypad convention by now, as the code for the first door in System Shock was 451, a System Shock 2 door had 45100 as a code, and Bioshock had a more or less “hidden” room with an 0451 code you had to find elsewhere.

But more importantly, it’s small things like this that can mean so much more to an old fan than any CGI trailer or uninformative press release ever can. When I saw this on Twitter today, it filled my heart with excitement about DXHR in ways that saying “Don’t worry, we’re trying to stay true to the source material” just doesn’t cut it.

So please, PR people, take a hint. Small and relatively obscure references may not yield you a new and wide mass audience, but if old fans are meant to be reassured, sometimes little things like this can make all the difference. Even if it’s still not gameplay related, it communicates a lot more about a team’s passion for a game than a pure CGI teaser ever can.