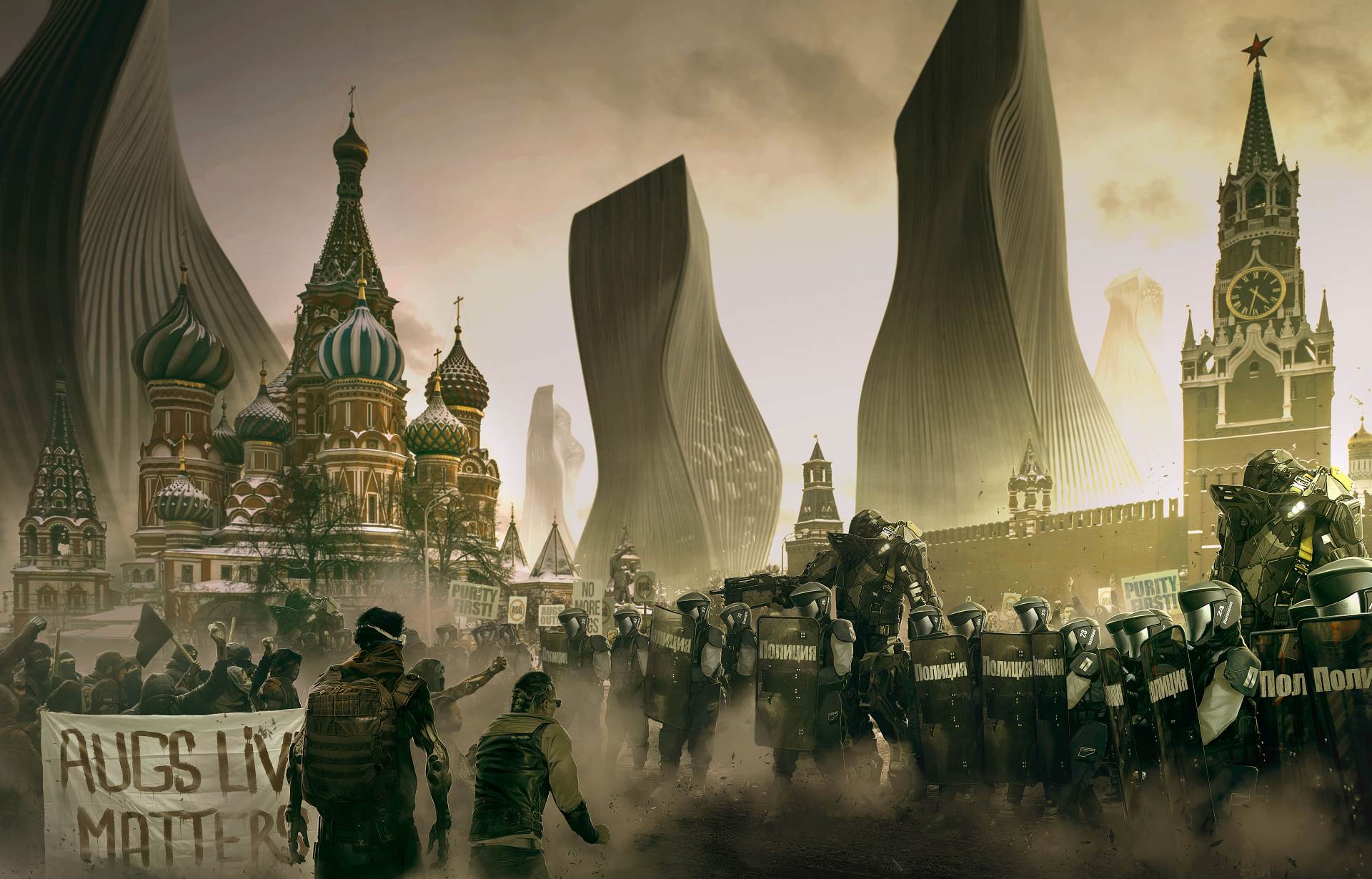 Claim it was ‘unfortunate coincidence’

The coincidentally upcoming Deus Ex: Mankind Divided has accidentally ginned up some controversy in releasing promotional art that features a banner that reads “aug lives matter,” which, according to Deus Ex executive brand director Andre Vu, is just an “unfortunate coincidence.”

“Unfortunate” because of parallels to the Black Lives Matter activist movement against the disproportionate murder of black people by law enforcement, profiling, police brutality, and other systemic racial inequality in the United States. The greater movement started as an internet hashtag three years ago, but Vu claimed “aug lives matter” was completely unrelated and that work on the Mankind Divided story has been going on for five years (not that, say, this particular phrase was coined five years ago, though).

Responding to criticism by Mass Effect: Andromeda gameplay designer Manveer Heir, Vu tweeted, “no u r just trying prob, these words were thought in our game way before the current events. Unfortunate coincidence for sure.”

Here’s the thing, though. If your job is literally “Global Executive Brand Director,” then it is your job to notice “unfortunate coincidence[s]” like this and make sure they don’t get loosed — unless you’ve specifically let them slide for the attention they will garner (and, look, I’m writing about it! I probably wouldn’t have written another Deus Ex story ahead of launch otherwise).

This is a studio that ran laps explaining its use of “mechanical Apartheid” just a year ago. There are no bones about using socially-charged language to get attention here. And the assertion that the studio is, “just holding up the mirror….[and] embrac[ing] concepts that are hard for society to see,” is bogus. All the talk about neutrality and “trying not to judge the world” is bogus. Being “neutral” in the fight between the state and undue civilian deaths at the hand of the state is not a neutral position. You don’t get to “see both sides” of cops murdering citizens unfairly and citizens not wanting to be murdered. The beloved “gray areas” the team talks about represents a functional immaturity, rather than the pipe-puffing nuance it pretends towards. The same kind of mind that probably thinks Suicide Squad is “so sick and twisted xD.”

Coincidence or not, co-opting the language used by folks violently oppressed because of how they were born for a sci-fi world in which one group is oppressed because of willful decisions they made to buy overblown orthotics is some pinched-your-own-balls-on-the-toilet level of misunderstanding your own reference points and societal context. That or marketing.