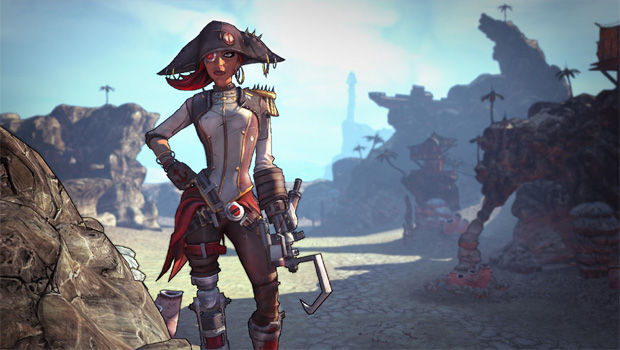 Borderlands 2 has been out nary a month now and we’ve already received some additional content in the form of Gaige the Mechromancer. Gearbox isn’t letting the train slow down one bit, as new details have surfaced on the next addition to the game, “Captain Scarlet and the Pirate’s Booty,” scheduled to release on October 16. In an article published by the Associated Press, we’ve learned that the content will add enemies, a “Sand Skiff” vehicle and the new town of Oasis. The DLC will also feature a new form of currency, “seraph crystals,” though what players might be able to purchase with it remains a secret.

It’s no secret that we’re fans of Borderlands 2, but I’m not even through the main campaign yet and already I’m going to have a new region to explore? At this rate, I’ll never get through all of the content in this game, but I’ll damned sure try.