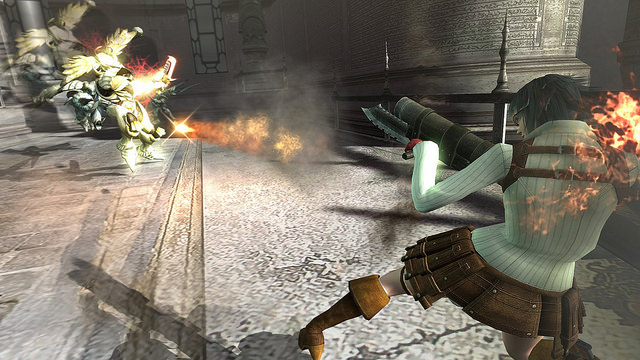 Hot damn! It’s about time we got an info drop for Devil May Cry 4: Special Edition, a remake that made headlines with the inclusion of Vergil into the mix. The PlayStation Blog has spilled the beans on pretty much everything, and it sounds like a perfect excuse to revisit the world of Nero and Dante.

Vergil is indeed confirmed as playable, and his combat foundation is from Devil May Cry 3, where he was already an extra character in the Special Edition for that title — totally cool with that. He’ll have a new mechanic called “Concentration,” which allows him to get stronger over time in addition to “Grim Trick” and “Sword Illusions” powers. What might be even bigger news is that Lady is playable for the first time in addition to Trish. Lady’s combat style will focus on firearms (really cool) and Trish will focus on melee attacks without weapon-switching. Capcom promises that all five characters will control differently.

On top of all that there’s the “Legendary Dark Knight” mode — which was on PC but never on consoles. New costumes (with cutscene support) are in. Oh, and I’m all in too at this point.

Devil May Cry 4: Special Edition will hit the PS4 and Xbox One (and maybe the PC) this summer.