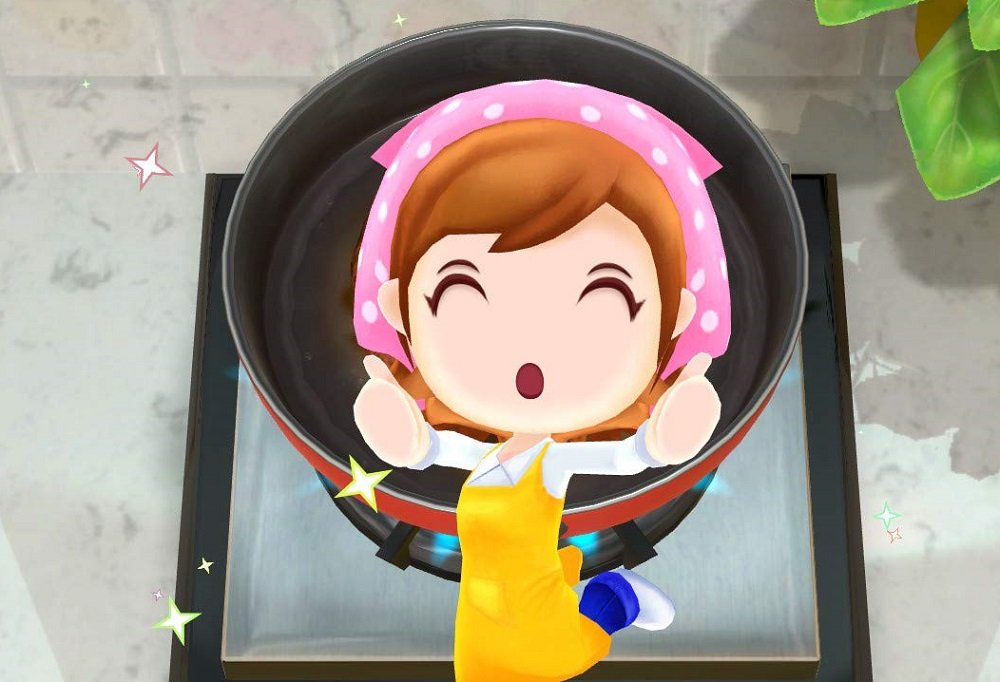 I can make Banoffee Pie, that’s about it

Details continue to come out of the oven regarding the next game in the beloved Cooking Mama series, with a new German Amazon listing featuring new information and a series of screens for Cooking Mama: Cookstar, which appears to be the same title as the upcoming U.S. release Cooking Mama: Coming Home to Mama.

Perhaps the biggest news is the reveal that it appears, at the very least, that this latest entry in the culinary series will be coming to PS4 as well as Nintendo Switch. While Cooking Mama games have appeared on mobile platforms in the past, the franchise is generally thought of as a dish on Nintendo’s regular menu.

According to the Amazon listing, Cookstar/Coming Home will feature 90 new recipes (including the recently revealed vegetarian mode) as well as multiplayer and party options, a mixture of standard and motion controls and Challenge Mode “for experienced chefs”. Accompanying the new info is a small selection of new screens, which you can check out in the gallery below.

Cooking Mama: Cookstar/Coming Home to Mama is rumoured to launch on PS4 and Nintendo Switch later this year.