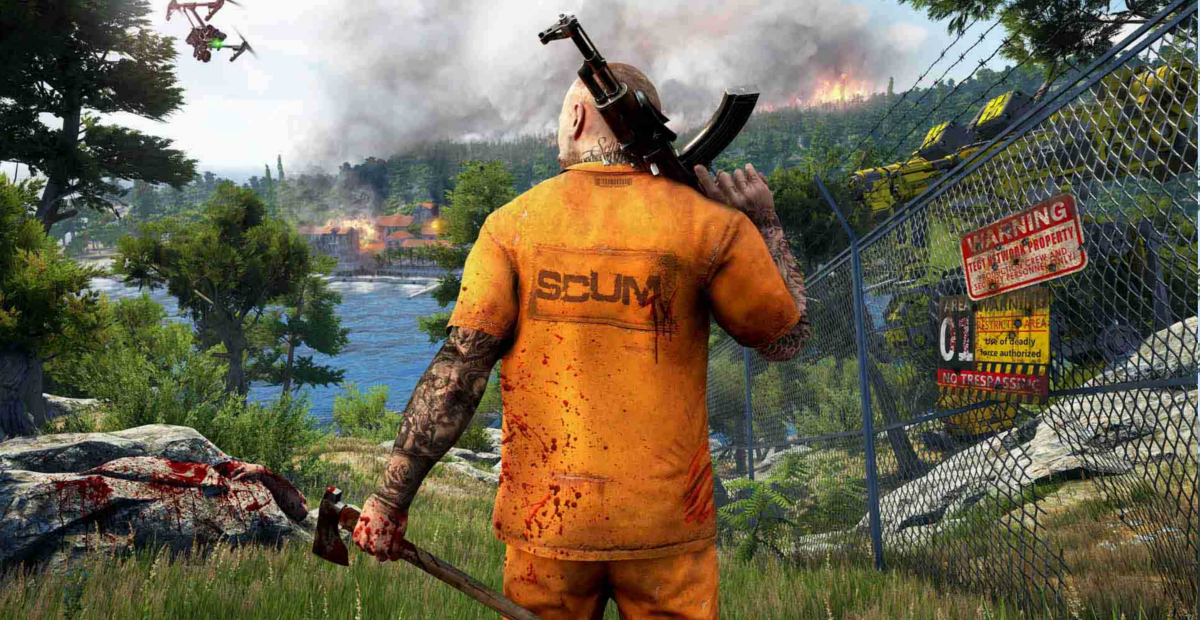 It seems like it has been ages since I first laid eyes on SCUM on Twitter. The developer was talking about how your momentum from running wouldn’t stop just because you stopped, and that inertia would be taken into account. Previously, the only other game I had played that used something similar was the beautiful and terrifying Miasmata, and it was something I realized was sorely missing from games that wanted to portray realism.

SCUM had my eye right from the start there, and then I started looking into just how real they were going to make their take on the almost saturated online battle royale survival genre. What I found was like the grand strategy of online survival games, where everything about your body is taken into account. At the time a release window wasn’t even known, but finally, we will get the chance to play the Rickety Cricket simulator on August 29 when SCUM enters Steam Early Access.

SCUM, which bills itself as a supermax open-world survival game, was previously seen earlier this year at the second-annual throw-sanity-out-the-window Devolver Digital E3 press conference. The story behind the game is that in an effort to sate people’s need for ultra-violent entertainment, a reality TV program called SCUM follows convicted felons that are dropped on an island and forced to survive against the elements and each other.

You are one of those felons, and if you want to survive you’ll have to find a way to destroy the other 63 contestants you’ve been placed on the island with. This all sounds familiar what with it almost being carbon copied from PUBG‘s setting, but where SCUM will set itself apart from the others is how deep you can get into your character, and how many ways you can screw yourself.

At the basic level, players will have to track the usual attributes but for those who want to delve a little deeper there will be a mechanic called the “BCU Monitor.” In the BCU Monitor, you will be able to see your character’s vitamin nutrient information, caloric energy availability, muscle mass, and even how many teeth you have. Yes, if you somehow got your teeth knocked out in order to eat you’ll have to find a way to grind your nutrients down into a paste. Sounds tedious, right? Sounds perfect for me.

Oh, also you poop. Also, depending on where you poop and what you do with your *ahem* droppings, you could leave yourself open to being tracked. It’s like when Mac and Dennis hunted Cricket, only everyone will smell like crap and not just the homeless ex-priest.

As is always the case with Early Access games, I am a little worried about how long the game will stay in that state or how quickly the multiplayer base will burn up if the Early Access period goes awry.

The Steam listing says that the game will be in Early Access for at least a year but community requests could extend that date out. I do hope the fact that Croteam is producing SCUM will help first-time developer Gamepires put out its best possible product while also not succumbing to scope creep. We will have to wait and see.

SCUM will enter Steam Early Access on August 29 for an introductory price of $19.99, with the cost expected to increase through the Early Access period.