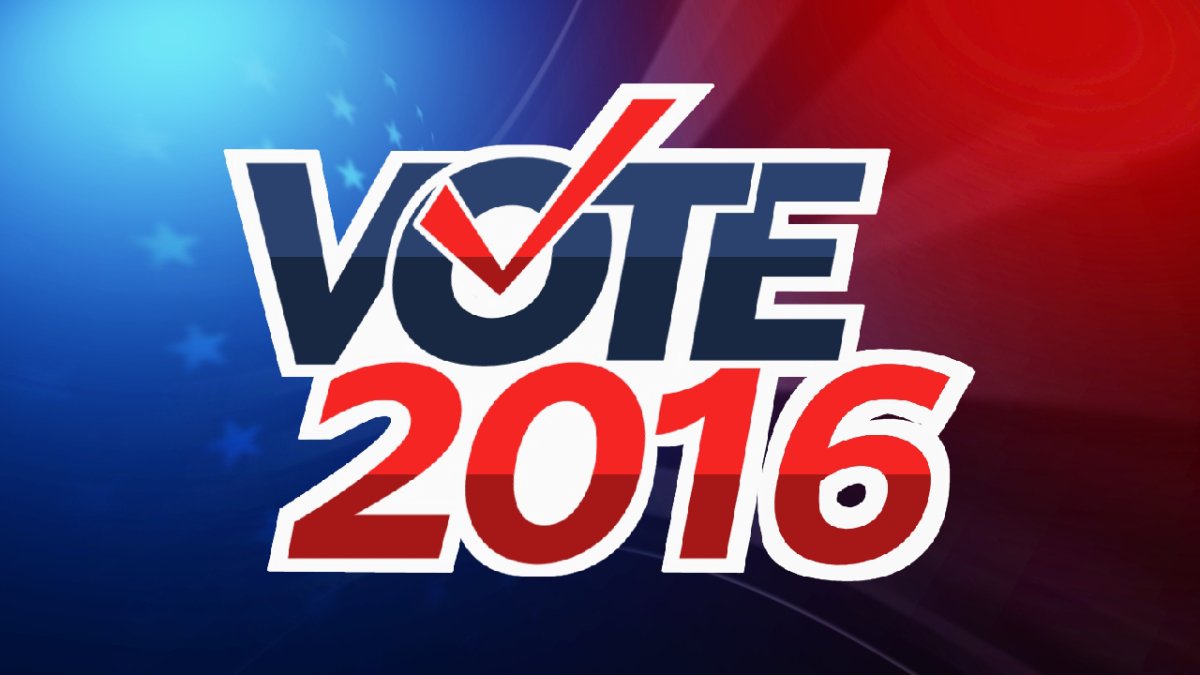 It started with a simple question by Jed in our group chat. “Can Destructoid officially endorse a candidate for president?” We kicked it around for a while and decided that while we couldn’t agree on a single candidate we’d all like to endorse, each of us had thoughts on someone we’d like to see ascend to the presidency.

Since Jed broached the subject, it’s only fair that he get to answer first. He became a little indecisive though, and we couldn’t really pin him down to a single choice.

Jed: “I’d pick Wario, because he wants to build a WAH. [Or] Wart from Super Mario Bros 2. for King of America. [Maybe bring back] Bill Clinton from Ready 2 Rumble. [Or] Mayor Haggar for president. He will pile drive the deficit, terrorists, and the 1% into the ground.”

Zack Furniss went with a rather unconventional candidate.

Zack: “Rascal for pres. Because when I was a child, I really wanted to play Rascal for some reason. I saw it each time I went to Blockbuster, but it was always rented out. I dreamed of playing it, because it appealed to my dumb kid tastes. My dad, then and now a big gamer, told me it got poor reviews and that I shouldn’t be sad that it wasn’t there. Rascal became my hope, my promise, my dreams of a grand future. Nothing could be better than Rascal. Then when I finally played it at 7, I realized it was dumb bad dogshit. I’m all about the buildup in elections, since there’s not much we can do with the results. I want to dream of Rascal’s amazing presidency that would ultimately fall flat.”

Perhaps the same could be said of all candidates. Zack went ahead and nominated a Vice-Presidential candidate as well. Unfortunately, he’s not qualified for the position since he’s been dead for over two decades at this point. Rest in peace, Phil Hartman.

CJ had some thoughts on one of the current nominees.

CJ: “Hillary Clinton circa NBA JAM. Modern day Hillary Clinton is a boring, conservative warmonger and corporocrat whose presidency will surely carry on all of the terrible aspects of the last eight years of Obama. But Hillary Clinton from NBA JAM, now there’s a candidate I can get behind. She’s got a great jump shot, can perform in the clutch and when she’s on fire, you can’t stop her. Plus, she’s not afraid to throw an elbow or two to open a path to the basket. This is Hillary Clinton before Benghazi, before Emailghazi, before Mary J. Blige sang into her face, and, most disgusting of all, before she did the Nae-Nae on Ellen. NBA JAM Hillary Clinton 2016!”

CJ had a backup candidate ready as well, one who I can definitely get behind. I sure as hell don’t want to be in front of him.

CJ: “I nominate Kefka. Just destroy the world and get it over with. I don’t want to live on this planet anymore. And I don’t want anyone else to either. Kefka 2016!”

Dennis had a couple of ideas for an American presidential candidate, despite the fact that he lives in Australia and can’t legally vote here.

Dennis: “Let’s face it. Both presidential candidates are pretty wank. So we, the great and omnipotent gaming journalists at Destructoid, would like to give our picks for Americaland’s new leader! [I think] Cyrus from Team Galactic would make a great President. World’s gone to shit, may as well start again. [Or] Solaire for President. As a society, we can all partake in jolly cooperation. Everyone of every background and every race can stand, arms outstretched, and praise the sun together.”

Steven was hesitant to give his answer, but there’s some history behind it.

Steven: “Liquid Ocelot for president. [Actually, I’m] writing in Kodos. Sure, he SAYS he’s going to destroy all humans, but where’s the concrete action?”

Liquid Ocelot is the arm of Liquid Snake grafted onto the body of Revolver Ocelot. Liquid Snake was the cloned brother of George Sears, the former president who revealed himself to be Solidus Snake at the end of Metal Gear Solid 2. There’s a lot of recent history that shows family members of presidents can often become president themselves, so Steven’s first choice may have had more merit than he realized.

Cory: “[My candidate is] Solidus Snake because how can you argue with a man who wears a Dr. Octopus suit and surfs on harriers piloted by vampires? Not to mention he defends freedom with a sword and eyepatch. A president who fights. The George Washington of our time.”

Shade suggested that Blade Wolf would make an excellent Vice Presidential nominee before taking over the big chair.

Shade: “I like the idea of Blade Wolf as VP before actually becoming president. He’s his own master now. And ours. Besides, he’s a super-AI with a robot dog body. Who wouldn’t want him in office?”

Staying with the theme of human/animal hybrids, Patrick had a suggestion that’s very topical.

Patrick: “Definitely going with Otus, from Owlboy. After dealing with so much nonsense from the election cycle debates, I think it’s about time we get a president who literally cannot speak and yet can accomplish so much. He knows what it’s like to work with people from other walks of life and will be able to accomplish bi-partisan cooperation!”

Otus is a great choice, but he might have trouble getting things done in a timely manner. Still, most people would agree that his policies would be worth the wait.

Chris and Jordan agree than humanity hasn’t provided candidates that are worth voting for, and suggested some more primal options.

Jordan: “[I nominate] the Pomeranian from Tokyo Jungle. As humans, we had our chance. Now it’s the animal kingdom’s turn to get us back on track. If we’re to ever climb out of this mess we’ve created, we must look to the sagely Pomeranian, our last bastion of hope for all that is good and adorable in this cutthroat world. Any dog who can go toe-to-toe with fat cats and carnivorous dinosaurs on the mean streets of Tokyo is a pooch worth following. Man’s best friend will not lead us astray. Vote Pomeranian. He’ll put the ‘P’ back in ‘POTUS.'”

Chris’s suggestion was pretty simple, but it’s hard to fault his reasoning.

Chris: “I’ll pick Winston from Overwatch. Humanity has shown that they can’t provide appropriate candidates, so we may as well put our faith in an idealistic Moon Monkey and roll the dice.”

Winston hasn’t had a lot of experience, but he knows the value of teamwork, and he’s shown himself to be a good leader in Overwatch. He needs support to make a difference though, and has been known to have a bit of an anger problem.

Returning to the community side, WesLikesTacos suggested someone for whom the presidency might be a bit of a downgrade.

Wes: “Although king is a higher title than President, I’d definitely choose The King of the Cosmos. He’s fucked up the entire galaxy to a far lesser degree than Trump could fuck up this single planet.”

The King has shown himself to be a great dad, though his tendency to get drunk and smash up stars could be the scandal that keeps him out of office. I’d vote for his son the Prince for any office related to sanitation duties, though.

Community manager Mike Martin gave us both a presidential and vice-presidential candidate.

Mike: “[For President,] Sully from Uncharted. He’s more honest and likable than the current candidates. The man knows how to sweet talk as well. For my V.P. I want Tingle. Think of debating Tingle, doesn’t that just make you uncomfortable? I think he’d surprise everyone with some Kim Jong shit and rule with a creepy, iron fist.”

Ray Porreca chose Billy Hatcher, one of Sega’s forgotten protagonists from the dying days of the Dreamcast.

Ray: “Billy Hatcher is the perfect presidential candidate. He’s not afraid to stick his neck out for the people who need him most. When Billy and his friends were transported to a land full of chickens and evil crows he didn’t complain. Billy, in yet another moment of genuine empathy, donned a chicken suit and promised to help the avian creatures who needed him most. He’s a smart kid with a heart of gold. Billy Hatcher is a president who knows that you have to crack a few giant eggs to make an omelette.”

Alissa chose a nameless hero as her ideal candidate.

Alissa: “The protagonist from Stardew Valley has all of the qualities both political parties want in a president. This farmer is no stranger to handwork; they were able to take an abandoned farm, clean it up, and have it turning a profit in under a year. You want a wall? The Stardew Valley protagonist can build one from wood, stone, iron, or hardwood. Foreign relations won’t be an issue either, as long as other world leaders enjoy pink cake, flowers, or diamonds gifted twice a week. And they never miss a birthday. What’s their plan for the economy, you ask? Cranberries. Armed with a ridiculously detailed spreadsheet of crop profit margins, the Stardew Valley protagonist knows that one plant has a daily return of only 4.02 gold, and generates 1101 gold per month. Take that, national deficit.”

As for me, I’m going to take a cue from the boys over at Laser Time (as well as Jonathan Holmes) and choose President Michael Wilson from the Japan-only Xbox game Metal Wolf Chaos.

Kevin: “Michael Wilson takes things into his own hands and gets things done. He knows that sometimes, you just have to strap on a billion dollar robot suit and beat eight shades of hell out of your traitorous vice president and his supporting military industrial complex. Metal Wolf Chaos is a From software game, one of the last ones they created before starting the brutal Souls series, so you know Michael Wilson can hang tough with the best of them. He has the will, the fortitude, and the robot suit to turn this country in whatever direction he thinks is best.”

Our video specialist Myles chose a candidate whose family already has some political experience.

Myles: “I choose Ludwig von Koopa. He’s overly confident and rather analytical, he’s insanely smart — not to mention he’s the eldest and self-appointed leader of the Koopalings. If he can lead those idiots then he sure as hell can lead the entire goddamn country. Also I like the idea of him composing his own campaign theme.”

Niero: “The president from Bad Dudes, because he has more experience than Hillary, is more orange than Donald, and likes burgers. Make America Bad Again!”

That’s our thoughts on the candidates. What do you think? Let us know in the comments below, or suggest candidates of your own.