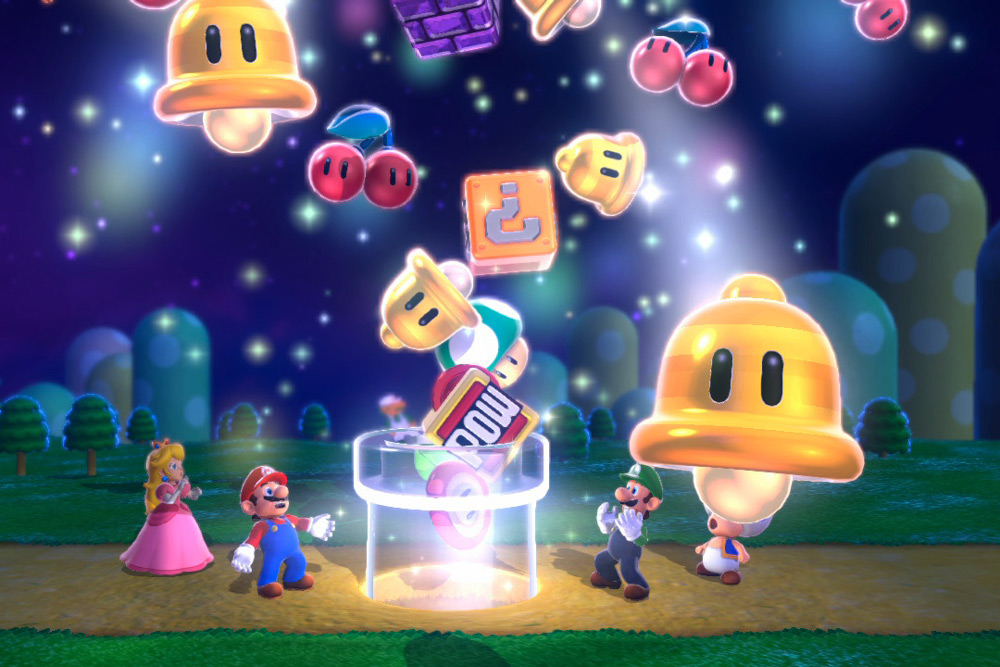 44. That is how many different games were named by Destructoid writers in their top 10 lists. 44 games, of all different genres and types, our writers deemed excellent enough to include in their vote for the Destructoid top 10 games for the Nintendo Wii U. For a console that only had a lifespan of about four and half years, 44 games ain’t too shabby, especially when some of those games can last you well over a hundred hours.

Yesterday, I told you about games #10 through #7 of our list. Today, we continue with four more that defined the Wii U and stood out as some of the best titles on it or any other system. 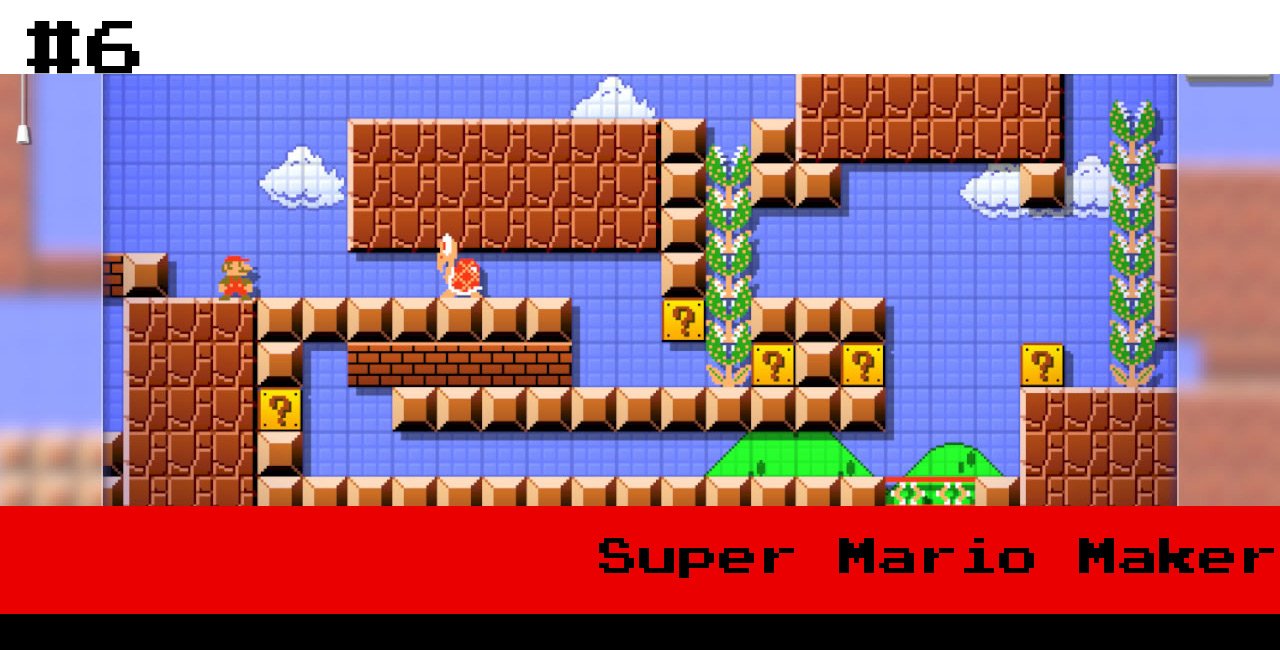 Growing up, I did pretty well in school. Well enough that I could occasionally slack off and indulge my creative side by drawing or writing short stories during math and history. In elementary school, my friends and I would design game levels and pass them back and forth, seeing if we could make our way through each other’s stages. We started out with poorly planned designs before graduating to more artistic layouts, usually designed to look like levels you’d find in Super Mario World.

What a great surprise it was then when Nintendo announced Super Mario Maker. Finally, after years of seeing what the creative minds a Nintendo could do, it was our chance to show off our level design skills. And boy did we ever. More than seven million levels were produced and people exploited absolutely every aspect of the game, creating everything from musical auto-scrollers to mind-bending labyrinths. As more and more elements were added, the level designs became better and more complex while always remaining technically beatable thanks to Nintendo requiring you beat your own level before allowing you to unleash it on the world.

It did have its limitations, but as Chris Carter said in his review of it:

While Super Mario Maker doesn’t give you everything your heart desires, you’ll find plenty of toys to screw around with, from enemies like Kuribo’s Shoe (which are actually Yoshi in select themes), to Giant Goombas that split into more Goombas, that can assist you in crafting objectives like P-Switch-centric puzzles, and even shoot ’em up levels with clouds or Koopa Clown Cars. You can create pipes or doors to send players into different areas of a level, tracks to craft moving platforms — every basic Mario concept you can think of is here. 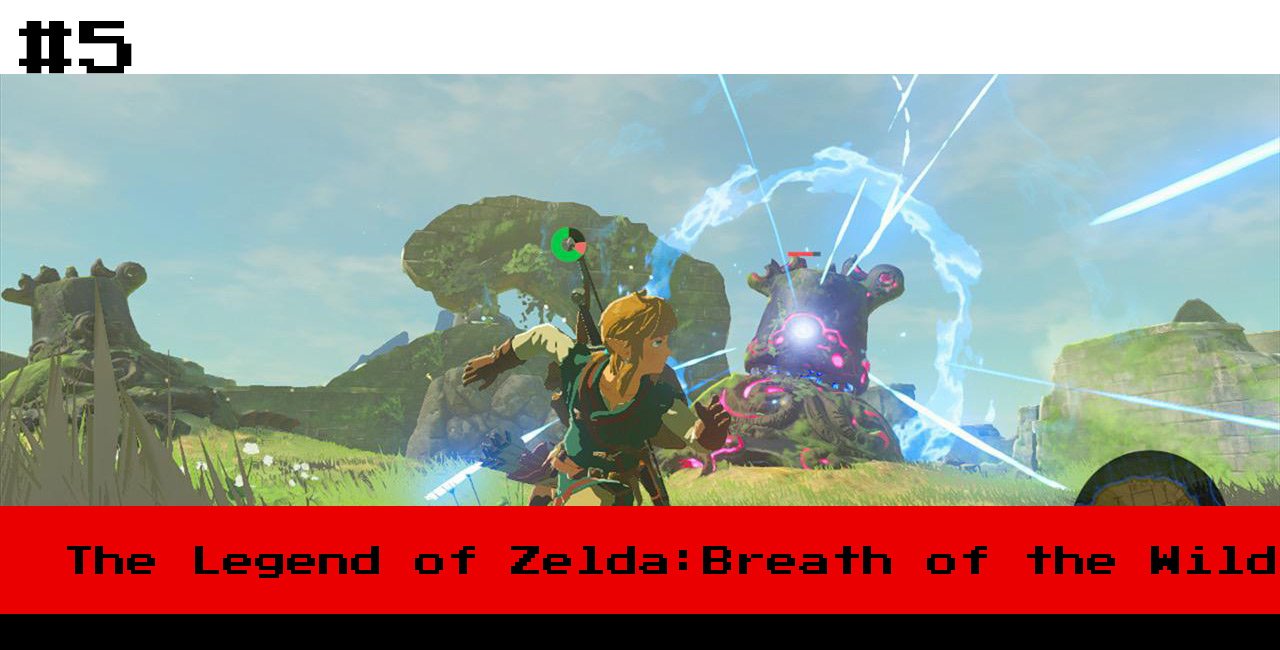 As the final number in the concert that was the Wii U, The Legend of Zelda: Breath of the Wild decided against playing the hit we all know and love, and instead closed the show with something new. Breath of the Wild has the look of Zelda games we have loved for the last 30 years. It has the same silent protagonist, the same targeting system that revolutionized 3D gaming in the ’90s, and the same well-worn plot, but it also had something new: freedom.

The Legend of Zelda: Breath of the Wild is about carving your own adventure, telling its story your way. It’s a game that instructs you to go left but gives you the option to go right and still beat it. You can choose to venture into every dungeon or none of them and still succeed. It is an experience unbound by story requirements. Where other open-world games tie progress to mission completion, Breath of the Wild dares you to face the Calamity Ganon with as little preparation as possible. It is a game ripe with opportunities for experimentation, whether you’re gliding from one end of Hyrule to the other or inventing your own flying machine. Breath of the Wild is a freeing celebration of gaming as an art form that thrives on personal experience, one that shows Nintendo has started to finally start trusting its customers again.

But don’t take my word for it. Listen to what the reviewer of the Wii U version had to say:

There is no other way to put this: The Legend of Zelda: Breath of the Wild is brilliant. It is magnificent. It is marvelous, amazing, fantastic, and every other synonym for the word wonderful that can be found in the thesaurus.

Now that guy sounds like a real cool cat. 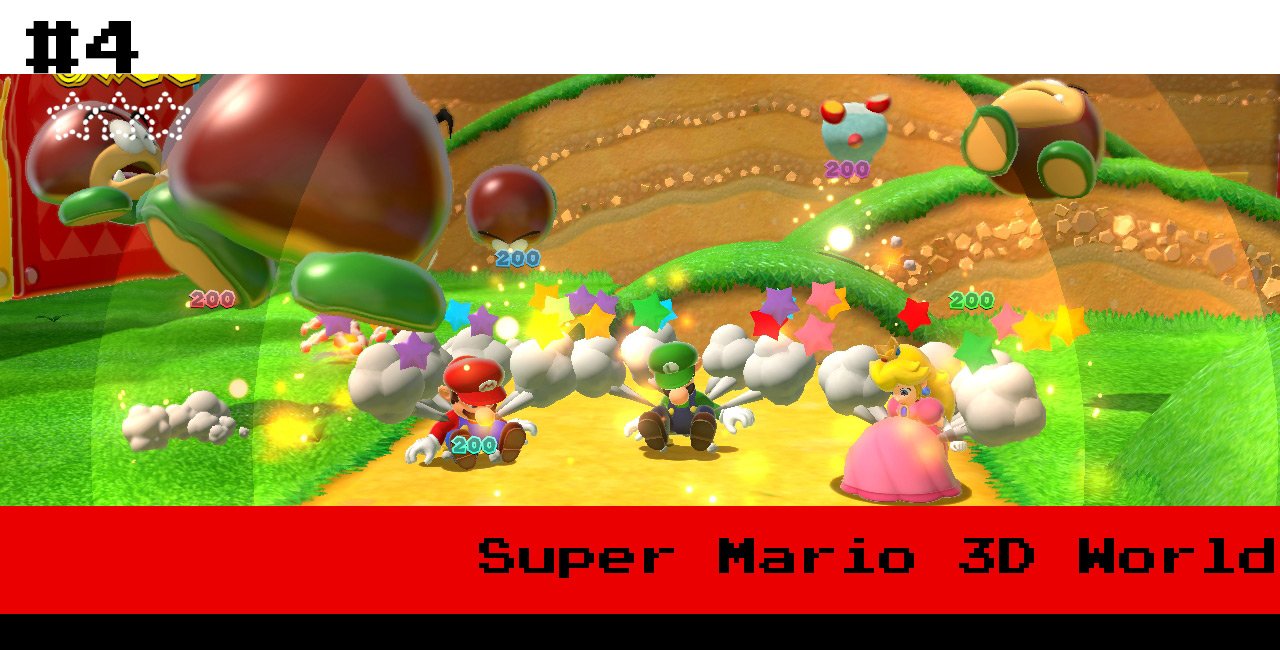 I remember years ago a conversation being had on the internet about what game would be the successor to Super Mario Bros. 3. The NES classic is still thought by many to be the best game in the series, and certainly the best side-scrolling entry, though I imagine some might argue either of the SNES titles exceeds it. If SMB3 was the best 2D game, what Mario game set in the 3D space rivaled its greatness? While the argument was long enough ago that it centered on whether or not the Galaxy games represented the 3D counterparts to it, I would argue that if you’re looking for the 3D version of Super Mario Bros. 3, look no further than Super Mario 3D World.

The follow-up to the excellent Super Mario 3D Land for the 3DS, 3D World seized its predecessor’s formula and injected an unparalleled amount of creativity into it. From beginning to end, Super Mario 3D World is a surprise-filled journey through intricately designed levels that highlighted and showcased the classic and innovative power-ups available for Mario, Luigi, Toad, Peach, and Rosalina. It excels as a single-player experience and is nearly unrivaled as a multiplayer platformer. It also spawned the excellent Captain Toad: Treasure Tracker, itself a quality title that managed to wiggle its way onto this list. 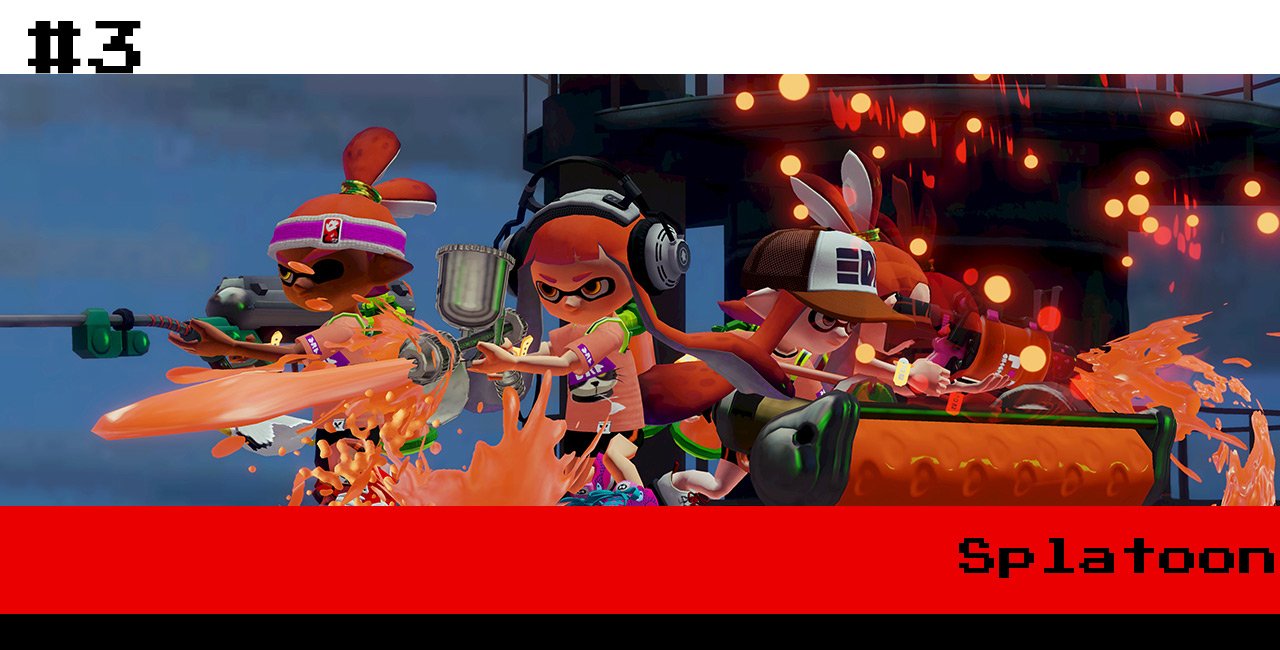 Hip is not a word I usually associate with Nintendo. Never have. In the early ’90s, Sega was hip with Sonic, blast-processing, and Michael Jackson. In the late ’90s, it was Sony and its PlayStation. In the 2000s it would probably be the Xbox 360 that was hip, but only because Microsoft kept giving them out to celebrities. No, Nintendo has never been hip. It’s always been the adult contemporary of video games. If the Wii were a musician, it would have been Adele: successful, but not cool.

With the Wii U, Nintendo aged itself even further, relying on the same dog and pony shows it had been for the last 30 years. For most of the Wii U’s existence, there wasn’t anything new and exciting coming out of Nintendo. Miyamoto is a genius, yes, but a 64-year-old genius and I don’t know anyone over the age of sixty that is in touch with what is hip and cool other than Betty White. Nintendo is an old company, run by old people, making games with the same old characters. So how did we get Splatoon? Youth.

The Splatoon team was comprised of younger Nintendo employees. They played first-person shooters like Battlefield on its competitor’s consoles. They were in touch with what’s popular in youth culture, creating a game that felt 20 years younger than anything else coming out of the company. Splatoon is all about expressing yourself. It’s about friends, music, street art, and fashion. Other online shooters have custom armor and guns you can buy and decorate, but Splatoon has t-shirts, hoodies, hats, sneakers, boots, headphones, and other threads kids and squids wear. It’s counter-culture to the Marios and the Zeldas and the Kirbys; the type of game you’d expect to come from a plucky, young indie developer with stars in its eyes and not a 125-year-old company controlled by traditionalists.

Reviewer Chris Carter (good God he really does review everything Nintendo related, doesn’t he?) said of it:

In some ways, Splatoon‘s online component is disappointing, and the lack of so many features will likely push other shooter fans away. But most of those shortcomings can be forgiven in my mind because of how damn fun it is. As a shooter it’s refreshing, and as a 3D platformer it’s up there with some of Nintendo’s greatest creations. You’ll quickly forget about the fact that you’re playing Turf War over and over as you squid down an alley, leap across a gap, and shoot enemies in the air as you fall. All Nintendo needs to do is keep supporting Splatoon, because the foundation is fantastic.

Splatoon was everything Nintendo wasn’t in 2015 and even for the briefest of moments, it made the company hip.

So what did we name as the two best games on the Wii U? Check back tomorrow to see.