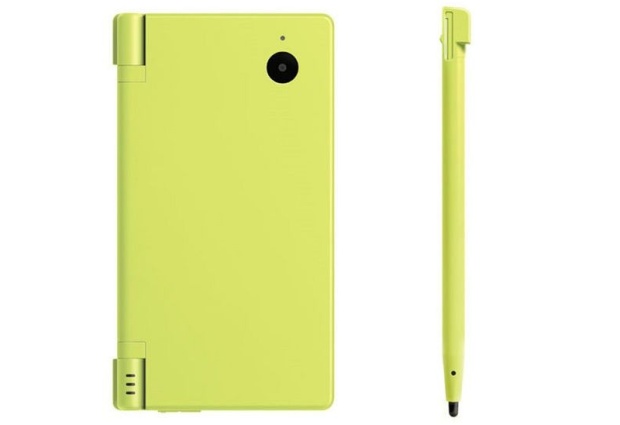 Now that Nintendo’s new portable dual-screened gaming console, the DSi, has dropped worldwide, you’d think that the many questions about its compatibilities and features would have been cleared up. You already know the basics: bigger screen, two cameras, and a new download store. Most questions have been answered, but some concerns still stand on the import, language, region-locking and access fronts. We aim to answer those questions for you.

We’ve taken both a US and Japanese Nintendo DSi and put them through their paces, doing our best to see what works and what doesn’t between the two. If you’re up in the air on importing a DSi, or you’re wondering about access to the DSiWare shop, or even wanting to know if all of your game collection will still work, hit the jump and see if we’ve answered your questions in our FAQ. If we haven’t, drop us a line in the comments and we’ll get to it as soon as possible.

Does my R4 (or other related devices) work in the Nintendo DSi?

You’ve probably already heard, but just to clear it up, no…for the R4.  In fact, the system does not even “see” the cartridge…or if it does, it’s ignoring it. And here’s something that might kill your hopes for a future device: the DSi does not even work with Nintendo’s own ROM cartridges, the ones that developers and press use to preview game copy. When inserted, the DSi gives this message:

An error has occured. Press and hold the Power Button to turn the system off. Please see the Nintendo DSi Operations Manual for help troubleshooting.

As for the other questionable devices, we’ve heard that the Acekard 2i works in the DSi, but can’t confirm this yet.

So what legit game cartridges do work? Is there region-locking in place here?

No, no cartridge region lock. Everything works…that doesn’t require a GBA slot add-on. We tried US, UK, and Japanese game releases in both our US and Japanese DSi systems, and all work perfectly. If it’s a retail game, it’s good to go in the DSi.

But what about DSiWare? How does that work?

The DSiWare Shops are tied to the respective nation you bought your console from. In other words, our Japanese model only connects to DSiWare Japan.  For the US, you get the English language store only. As far a we know, there’s no work-arounds yet. When you hit the DSi Shop icon, it automatically goes to the country’s respective store.

So the DSiWare is region-locked?

Correct. Aside from only being able to access your region’s store, the games themselves will not boot up. And they will not copy to a system from another region. You can copy all of the DSiWare games you want from any regions to a SD card, but only ones of the correct region will copy back to a system and function. We tried. 🙁

Why would I want to import a DSi?

Aside from liking the foreign palette of colors, the only reason to import a DSi from Japan or elsewhere is for the country’s exclusive DSiWare. Right now the Japanese store is packed with silly Japanese-only games, some (probably many, by the looks of it) of which will never come in the US. The selection is already fairly good, and will surely only get better. Naturally, all of the games are in Japanese, though.

But you can at least change the language for the system in the menu, right?

Wrong. The Japanese systems don’t even have a language selection option (the US DSi do have both language and country options). It’s all Japanese. If you don’t have sufficient Japanese reading ability, you’re going to have a somewhat difficult time even setting the system up out of the box, let alone nagivating the DSiWare store and purchasing games. But if you can read, have at it.

No, your US-issued credit card will work perfectly fine. In the Japanese DSiWare Shop, you are provided with several options to purchase points. Just select “Visa” and type in your card number and expiration date, and points will be instantly added.

Does the Japanese DSi come with free points like the US one did?

Yes. 1,000 points. And there’s a bit more to spend it on in Japan. I recommend the Katamari puzzle game. Oh, and the paper airplane game. The Wikipedia article on DSiWare keeps a current list of each region’s available titles.

Just like the US store, the web browser is free. The fantastic Moving Memo software is also free in Japan.

What about DS Download Play, Pictochat or new Picture Exchange between systems of different region?

All of the above listed functions work pefectly between US and Japanese systems, no problem. Only the menu language is different.

What is the current firmware version for the DSi?

North American systems are currently at 1.3 U. Japan has 1.3 J. Both appear to be the exact same in function other than menu language, language options, and a Japan-only connectivity type in the Internet menu.

Firmware updates: how strict is Nintendo on these?

It’s probably too early to say yet, but out of the box, on both systems, a firmware update is required to even access the DSiWare store. That does not bode well for future devices like the R4. I say that if this system is hacked, we’re guessing it will probably be through a method similar to what they’ve done on the Wii with the Homebrew Channel.

Do SDHC cards work as storage?

They seem to work fine in both systems running Ver. 1.3, both as game backup cards and photo storage.

Can you play games off the SD card?

Not yet. You’re required to copy the games stored on the card to system memory. This is great for moving and storing games on-the-go, but not so good for easy access. We’re guessing they’ll open this up later like they did for the Wii.

Security: Does the DSi support WPA and WPA2?

Yes, both are supported by the hardware, but older DS games may not play nicely.

Are there any Easter Eggs?

The Mario song Easter egg: Record your voice in the sound recorder, save it, and the leave the system alone in the sound selection screen for about a minute. Your DSi will sing your recording back to you as the “Super Mario Bros. Theme,” with your sound playing the melody.

What about brightness control?

Yep. You can change screen brightness within the menu options.