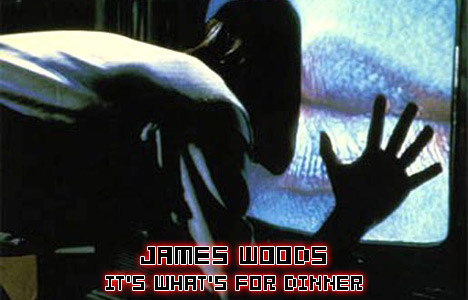 (Editor’s note: Nex fell down a well. Apparently, Portland is full of wells. In place of his usual weekly slice of random, we, the Board of Directors behind Destructoid.com, have replaced his column with a local television listing for your home market. Enjoy, and please, click on some of the ads on this site. Without your support, we won’t be able to afford this mound of cocaine. — The Boardtoid)

FOX – 8:00PM – The Simpsons
Homer discovers the corpse of Jimmy Hoffa in Springfield Gorge, and takes Bart with him as he flees from the mob. Includes references to Jem and the Holograms and M.A.S.K. Special guest stars: Joe Pantoliano, Chaz Palmenteri

Wow. The Boardtoid is so … conceptual. Anyway, let’s get to what the editors have been playing. I have to find a way to tunnel out of here. — Nex

Niero:
This week I’ve taken the opportunity to reacquaint myself with Symphony of The Night; quite possibly the world’s most gorgeous 2D video game ever made. In the past I typically play all weekend and stop myself until I flip the castle and lose interest, but with the new achievements in place I might go that extra sleep-deprived mile and wrap it up. Its amazing how well this game has held up despite being over 10 years old. I’m glad quasi sequels found a viable market on handhelds. I’ve also got a pile of older games from GameFly sitting on my TV: Dead Rising, Phantasy Star Online, and something else. Meh. Old man robot is feeling old school lately. Time Pilot, anyone?

Nex:
I spent most of the last five months jealous about the release of Guitar Hero 2 on the PS2. I was purposely avoiding it in anticipation of the 360 version, and now that it’s finally here, I’ve spent all week mangling my hands on that guitar. The game is everything I’d hoped for and more, and my only disappointment is that there’s no downloadable content yet.

Red Octane, if you include Sponge’s Plowed as DLC, I promise to never have sex with your wives.

Nick Brutal:
I’m playing Guitar Hero II (360) of course, when I get the time. Working my way through the harder difficulties of Elite Beat Agents, too. Really, that’s it right now.

Grim:
I’ve been playing nothing but Guitar Hero II. Since I never owned the PS2 version, chances are I’m not going to get bored with this game anytime soon.

Robert Summa:
I feel like I am finally back to normal after months of constant transition. Because of that, I now play video games again, yay! I’ve been playing the Shadowrun beta (which is hawt) and been trying to understand how in the hell to play C&C.

I finally got Bullet Witch sent to me, so I guess I’ll see what all the hate is about for this game.

Dick McVengeance:
Now that I’ve beaten Lunar Knights, I can put my DS away until summer break (all my other games are at home). For the remainder of my time here, I hope to finally get past The Magnificent Five in Viewtiful Joe and maybe beat Red Steel already.

RevAnthony:
Out of absolutely nowhere, I’ve developed a random desire to replay Sid Meier’s Pirates. Once Super Paper Mario comes out I’ll probably kick it to the curb, but I’ll be buckling swashes for the next few days.

What have you been playing this week? Hit the comments!