Extra Life is a charity event started by the fine guys at Sarcastic Gamer in 2008. With the help of over 100 websites and 12,000 donors, Extra Life has since gone on to raise over $300,000 dollars in charity money for Children’s Miracle Network hospitals. In the past, Destructoid has helped out with this goal, last year raising $6,000 for Children’s Miracle Network hospitals. Already, thanks to the Destructoid community led by manasteel88, we have raised $500 dollars during the G3 event! Congrats, guys!

We don’t just want to stop there. Starting at October 15th @ 10:00AM PST we will attempt to break last year’s record with our annual 24-hour gaming marathon, streaming live from Topware Interactive HQ on our Twitch.tv channel. All of your favorite San Francisco based Dtoid staff will be on the stream to play games for 24-hours in order to raise money. Not only that, but we’ll be giving away over a $1,000 worth of various videogame prizes. 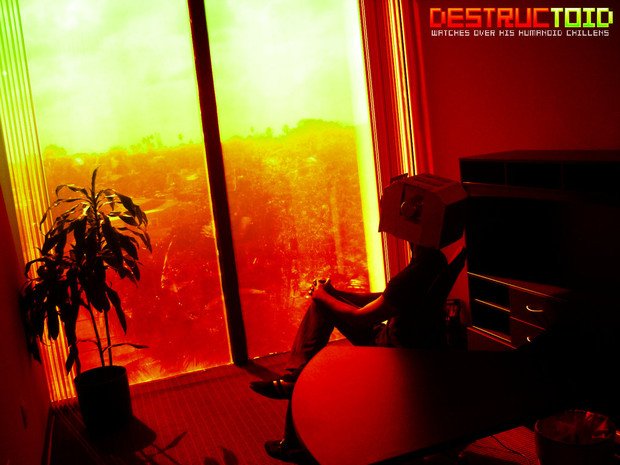 10:00AM — Halo Reach: We will start out the stream by playing Halo: Reach with both single player and with the community! Come cheer us on as we shoot some aliens

12:00PM — Square games: Square has given us tons of games to give away, so we are going to spend some time playing these games, and giving them away!

2:00PM — Warhammer: Space Marine: Space Marine was a really fun game in which you can jet pack around with a huge hammer. What’s there not to like about this game?

4:00PM — Pokemon Snap with Tara Long: How much does Tara Long love Pokemon? Enough to play an hour of a game where you take pictures of them while Max Scoville cheers her on!

7:00 PM — BioShock 2:  We take a trip down memory lane with one of the best game franchises in recent years. Join in as we play BioShock and harvest some ADAM!

9:00PM — Dancing with the Stars: We are almost halfway through our marathon at this point, and what better way to keep the energy going than by DANCING! Come watch as your favorite Dtoid staffers come shake their groove things to the games Just Dance 3. Donate to pick the songs we dance to!

11:00PM — Retro games: We plan on playing a few retro style games such as Cho Aniki, courtesy of Monkeypaw games. Come check out this bizarre shooter with us!

12:00AM — Scary games with Max Scoville: Tara Long gets her revenge on Max by making him play his favorite type of game, HORROR GAMES!

2:00AM —  BRAAAAAAINS: The sun has gone down, so what better way to celebrate than by playing games inspired by zombies! We will play Call of Duty: Black Ops zombie mode and other zombie games.

6:00AM — Deus Ex: Human Revolution — Deus Ex has highly been praised for being an amazing game, and therefore we will check out the newest game with you on the stream. Watch as we augment our way to the end of the marathon!

8:00AM — Moment of Zen: For the last leg of the marathon, we will celebrate art of pinball by playing Zen Pinball and giving away some game codes! Come tune in to the end of the marathon to give last minute donations and help us reach our goal!

Not only will you be getting 24-hours of entertainment, we plan to give prizes to people watching the stream every segment! We already have some sweet prizes from Ubisoft, Astro, Capcom, Riot Games, 2K, THQ, Square Enix and other companies that we want to pass on to you for tuning in, spreading the word, and DONATING! There will be Twitter contests for codes, giveaways on the stream and more.

So set your calendars for October 15 to join Destructoid as we attempt to smash our record from last year and raise money for a great cause! Traditionally, Extra Life asks for people to donate $1 ahead of time for each hour we will be playing. So if you’d like to go ahead and donate now, check out our donation page! Any donation made now does count towards any of the contests we will be holding during the stream, so make sure to donate!

And finally, if you’d like to raise money on your own by asking friends and family to donate to our cause, but want to choose your own Children’s Miracle Network hospital, you can do so by joining our team!

Let’s do this for the kids!