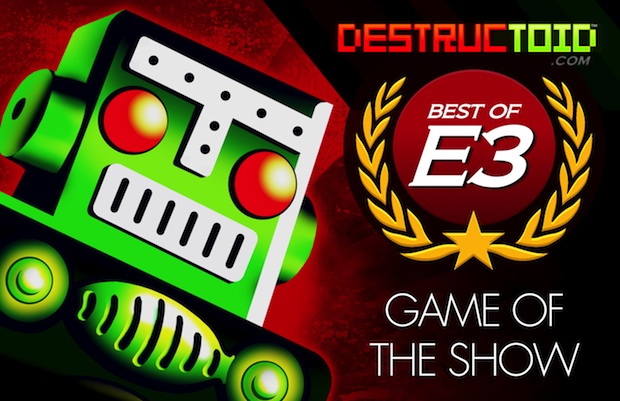 Those that managed to play Respawn Entertianment’s Titanfall at E3 this year had the ultimate bragging rights. Players were like small-time celebs at evening events, with others asking everything they could about the title. Show attendees ran as fast as they could when the doors opened at the Los Angeles Convention Center just to get in line for the behind-closed-doors showing of the game. This was a totally hands-off experience, but it was still enough to be the talk of the show.

Few (us included) had a chance to participate in the multiplayer matches that served as demonstration gameplay for the behind-closed-doors showing. If you thought the view-only group was excited about the game, talk to someone that actually played it. Their enthusiasm for the next thing from the Call of Duty creators will rub off on you. This sci-fi mech/soldier shooter is that good.

We often have a difficult time in picking the standout title from E3, but it seemed a bit easier this year, even with the countless next-gen offerings shown. Respawn’s Titanfall seemed to tower over them all, and for that we’ve named it our E3 2013 Game of the Show.

Destructoid is proud to award Titanfall our Game of the Show award for E3 2013.