Four of our favorites

Poznan Game Arena reminds me something of the first PlayStation Experience. Maybe that’s mostly because of the season. The video game convention circuit squarely falls between March and August, the time of the year when publishers look to drum up hype for their fall lineup. Once September rolls around, those games are actually coming out.

That first PlayStation Experience was filled with big-name titles that were no longer important to us. It was December and we didn’t need to see Assassin’s Creed Unity because it had already released. That was the story for most of the notable publishers at that PSX, and, as such, it was a wealth of indies who were worth focusing on.

Our trip to Poland for Poznan Game Arena is a lot like that. Xbox had a comparatively large booth, but it was filled with Gears of War 4, Forza Horizon 3, and Dead Rising 4 (a build we had previously previewed). Different names but same story for PlayStation. And the queue of players anxiously waiting to play Overwatch.

So, we spent almost the entirety of our time in the dedicated indie area. It felt like a good decision. After all, we weren’t there to see gamescom-lite; we were there to see Polish games that we’d otherwise have no idea about. As we learned, there’s some neat and weird stuff happening in the Polish game development scene. Here are our favorites from Poznan Game Arena. 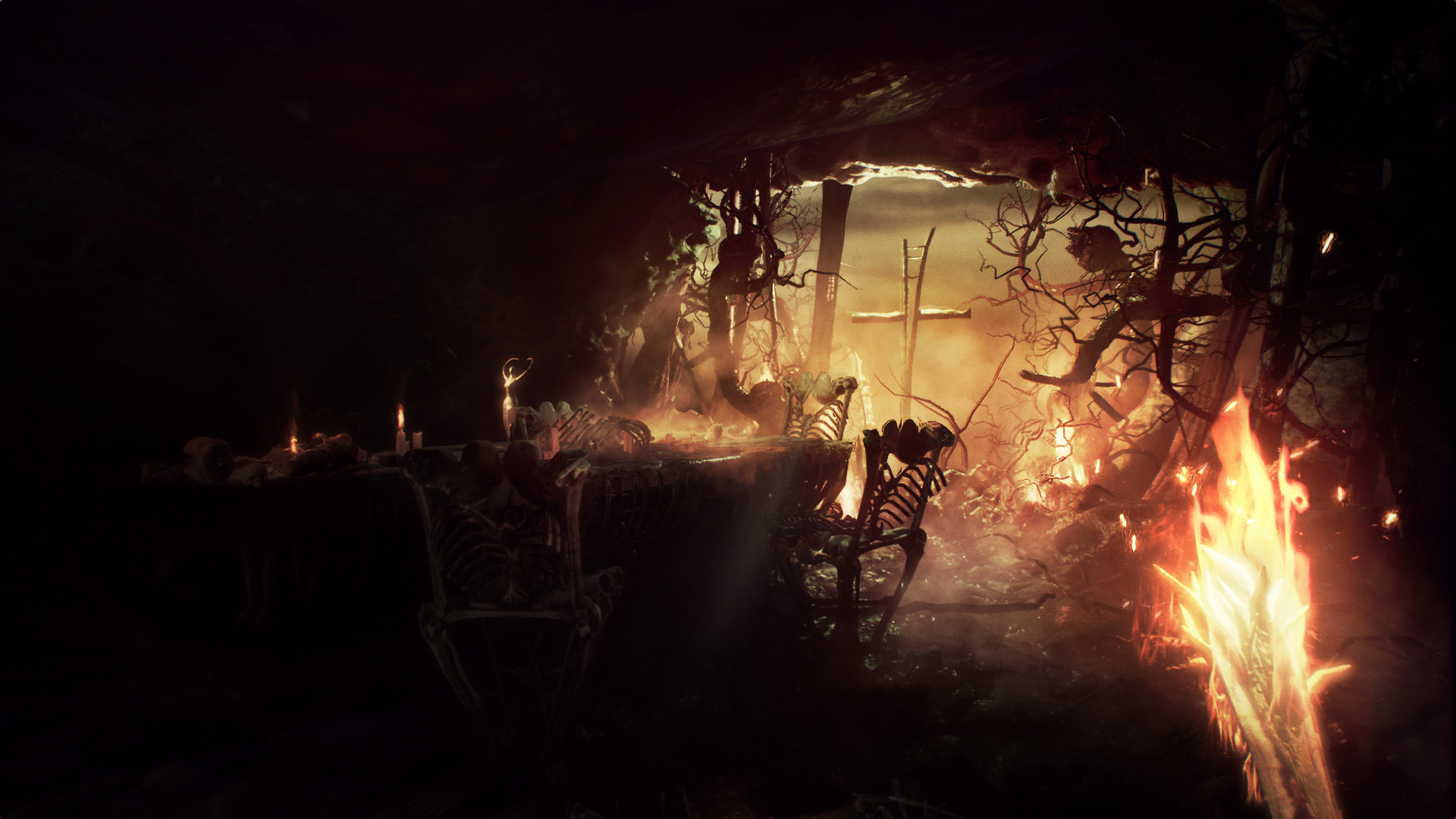 Picking our absolute favorite was easy because there was just one game that we kept gravitating toward, just one that we kept gushing about, and just one that we visited a second time to try to learn even more about (language barrier and all). That’s Agony from Madmind Studio, and that’s why it’s our Best of show for Poznan Game Arena 2016.

Agony is a mysterious trip through hell, a puzzler of sorts where you possess different types of demons to advance. Some artwork that we saw featured a spider demon that can crawl on the walls and ceilings, presumably to bridge gaps that otherwise can’t be traversed. Or, alternatively, a giant hulking monster probably four times the size of another demon; maybe that could be used to brute through an inaccessible passage.

The potential feels limitless because Madmind’s take on hell feels limitless. The small section that we saw liberally used flesh, blood, innards, bones, and teeth to construct the environments. Not to seem hyperbolic, but we stared in wonder for what felt like a long time. It’s simply awesome in the sense that we were awe-struck.

If the rest of Agony is similarly grotesquely splendid, it could be a benchmark for depictions of hell, at least in video games. You know how Dante wrote a poem all those years ago and his version of things just kind of stuck? This seems like it could be the hell people talk about in games. For something that’s supposed to be an eternal punishment, Agony is a real treat instead. 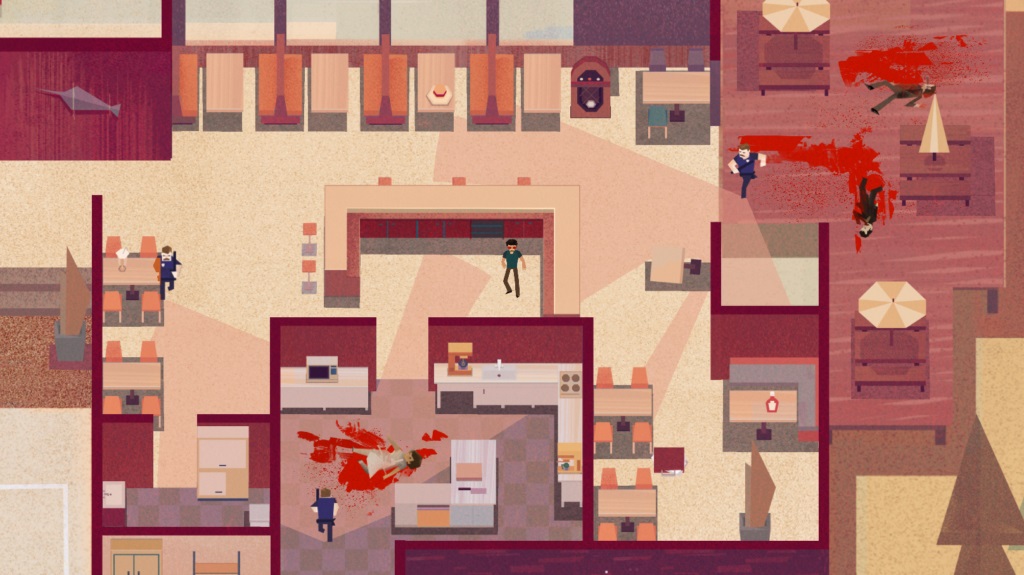 Serial Cleaner seems like a lot of neat ideas all wrapped up into one. It’s about a Pulp Fiction Winston Wolf type of guy whose job it is to make murder evidence disappear. Its material and settings are drawn from actual murders in the 1970s; the Zodiac Killer was one example we were given. And, it seems like a subversion of Party Hard where the gameplay is similar but the goal is different.

It’s more than just hiding bodies, though. There’s gallons of blood to hilariously vacuum up. There are donut-munching cops to outrun. There are optimal-looking routes to meticulously stick to and then to predictably abandon when everything goes awry. That inevitable failure’s okay, though. We never thought cleaning up history’s greatest crime scenes was going to be easy. 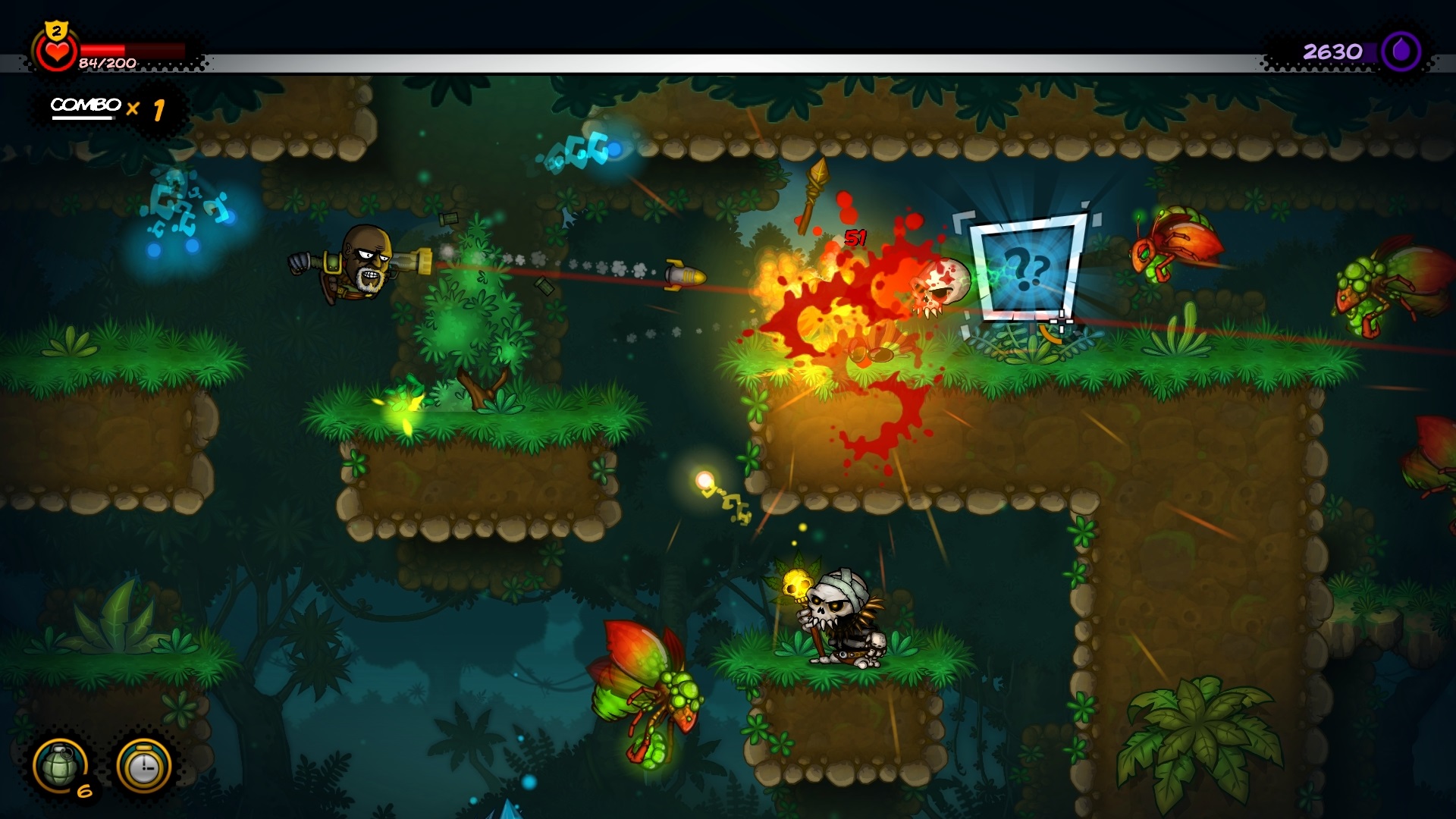 The likes of Rogue Legacy and Spelunky are serious names to aspire to. They’re part of the gold standard when people think of roguelikes. It’s no surprise that Badass Hero developer Awesome Games looks to that material for inspiration but it maybe is a surprise that the build we played so competently evoked memories of playing those games.

To be fair, it’s not there yet. The comic book presentation is slick, the fighting and platforming feel good, and the collectible ink system is neat. But, there are balancing issues that need to be resolved. Badass Hero plans for an Early Access release, so there’s plenty of opportunity to fix it, with player feedback all the while. Early indications are that it’s fun and frustrating, and those are the building blocks for a good roguelike. 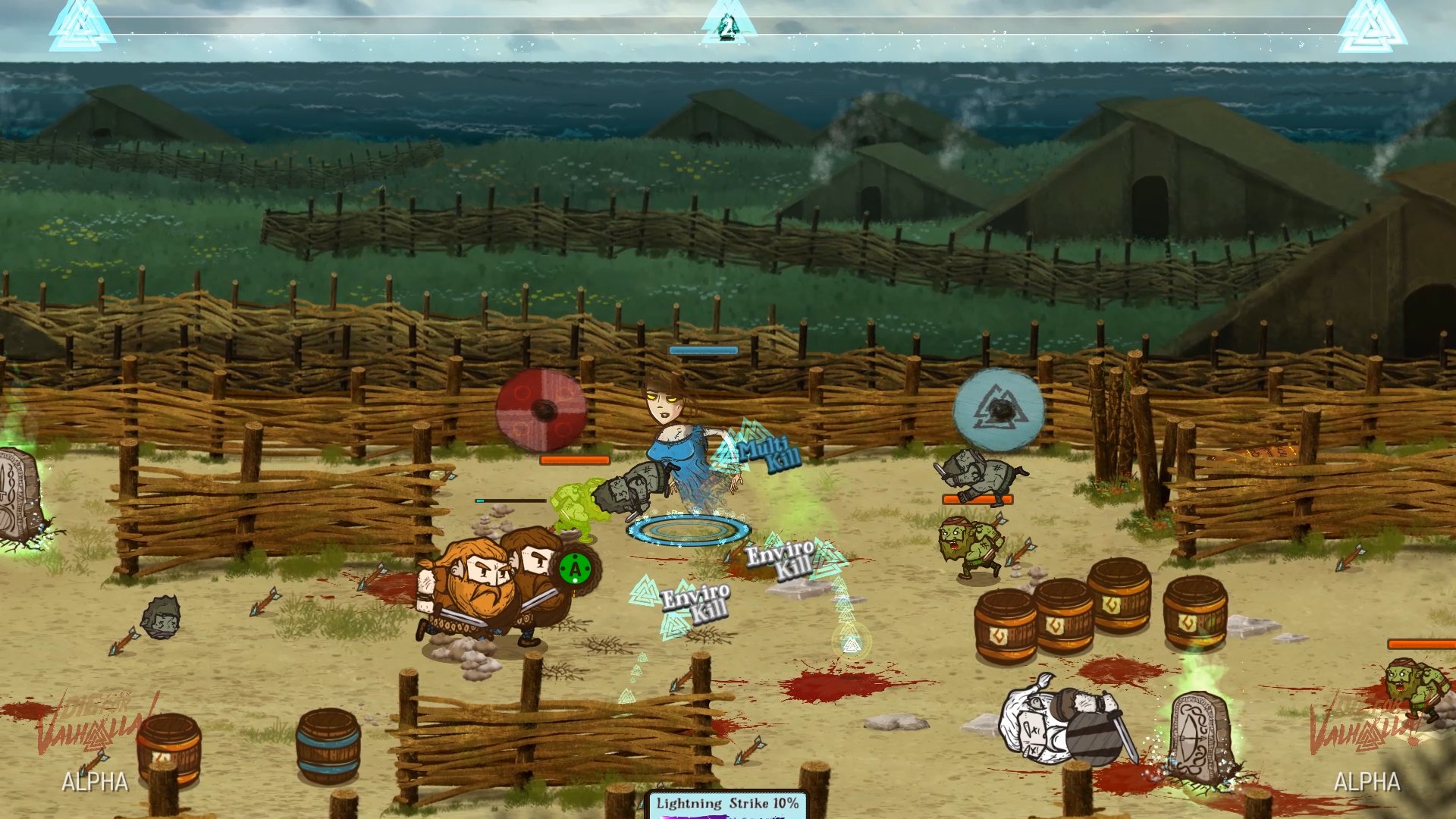 Most games don’t make dying fun, but it’s part of the process in Die for Valhalla (it’s right there in the title, after all). Technically playing as a Valkyrie, those spirits are tasked with possessing and reanimating dead vikings to brawl in the real world. Once a viking dies, just go possess another one.

It sounds grim written out in black and white like that, but it’s really not. Die for Valhalla quite clearly has a Castle Crashers bent, a leaning that means cooperative play should be a total blast. Don’t fret all the dying. Valhalla gets a little stronger with every death. But, make sure to mock your friend anytime he dies. That’s what these kind of games are perfect for.