It’s a well-established and common opinion by now that Red Dead Redemption was one of the best open-world video games of its time. For its sequel, players expected Rockstar to up the ante and surpass the devilishly good predecessor. Rockstar did one better. It created one of the best video games ever.

Red Dead Redemption 2 is a stunning masterclass in game design. It’s this giant, elaborate world where everything plays some sort of role. Everyone can be interacted with, just like, you know, real life. Sometimes, on your way to do this or that, you’ll stumble across some poor bastard getting ripped apart by wolves. The horses have a penchant for shitting during particularly poignant moments. It often feels more simulation than video game, which is a credit to Rockstar’s meticulous attention to detail.

That’s why Red Dead Redemption 2‘s slower moments are more sincere than most. Bonding around the bonfire with the Van der Linde gang, dipping your toes in the stream hoping to catch some fish, lugging pelts around — it all feels like stuff an outlaw would do when he’s not robbing and murdering. Red Dead Redemption 2 is a western action game that’s restrained and balanced enough to make both the humdrum and the exhilarating worth seeing.

We’re hardly the first to notice Rockstar’s latest is exceptionally good. It has been lavished with perfect and near-perfect review scores. It has already won a bunch of industry awards, and there are certainly more on the way. South Park had a whole multi-episode side-plot about townspeople who couldn’t focus on their day-to-day lives because they just want to get back to playing Red Dead Redemption 2.

Here’s one more for the pile. Rockstar is going to win so many awards that it’ll stack its accolades like Arthur unloading animal carcasses. Ho-hum, all part of a day’s work. Expected as it may be, Red Dead Redemption 2 is our Best Xbox One Game of 2018. 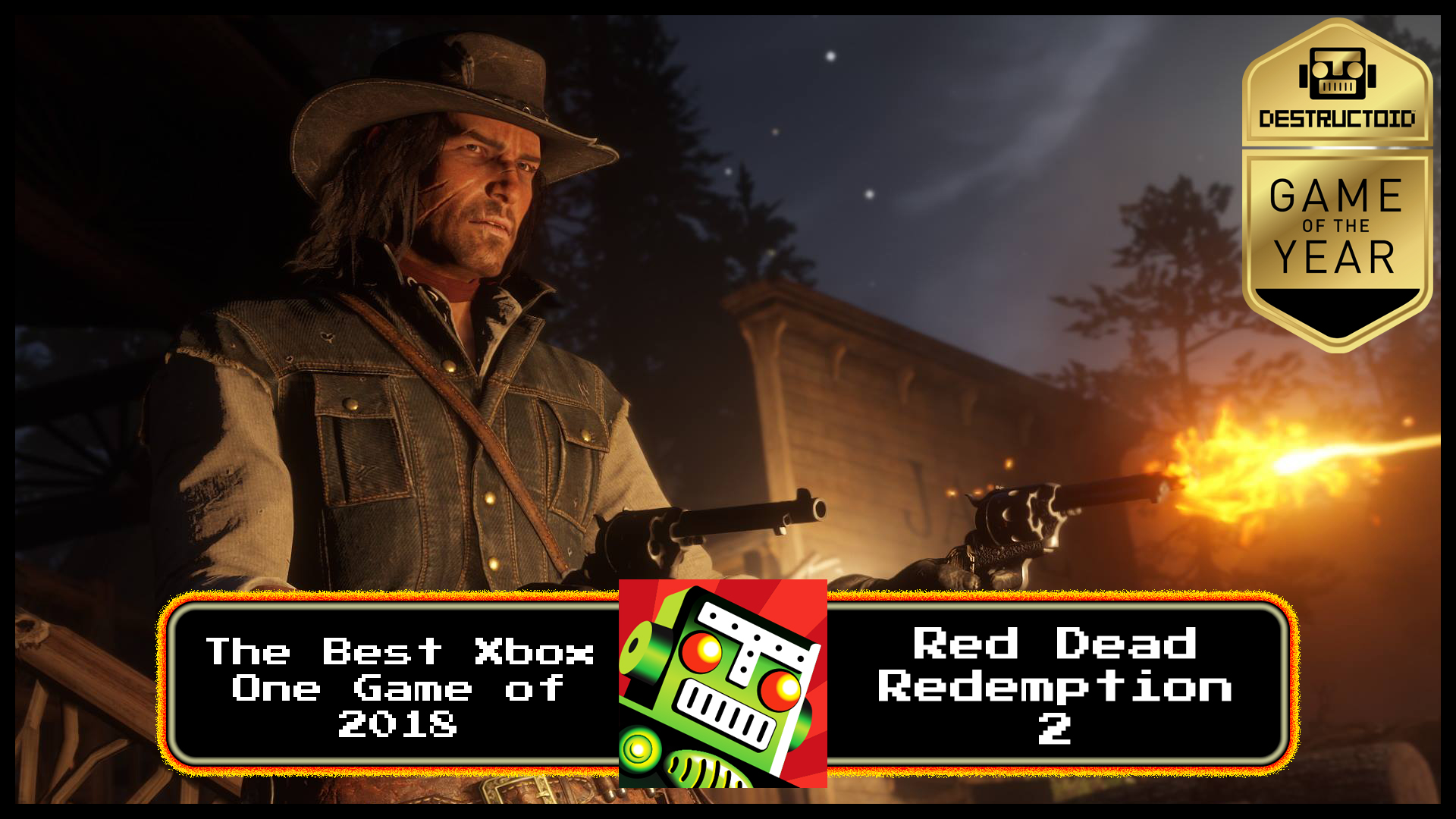