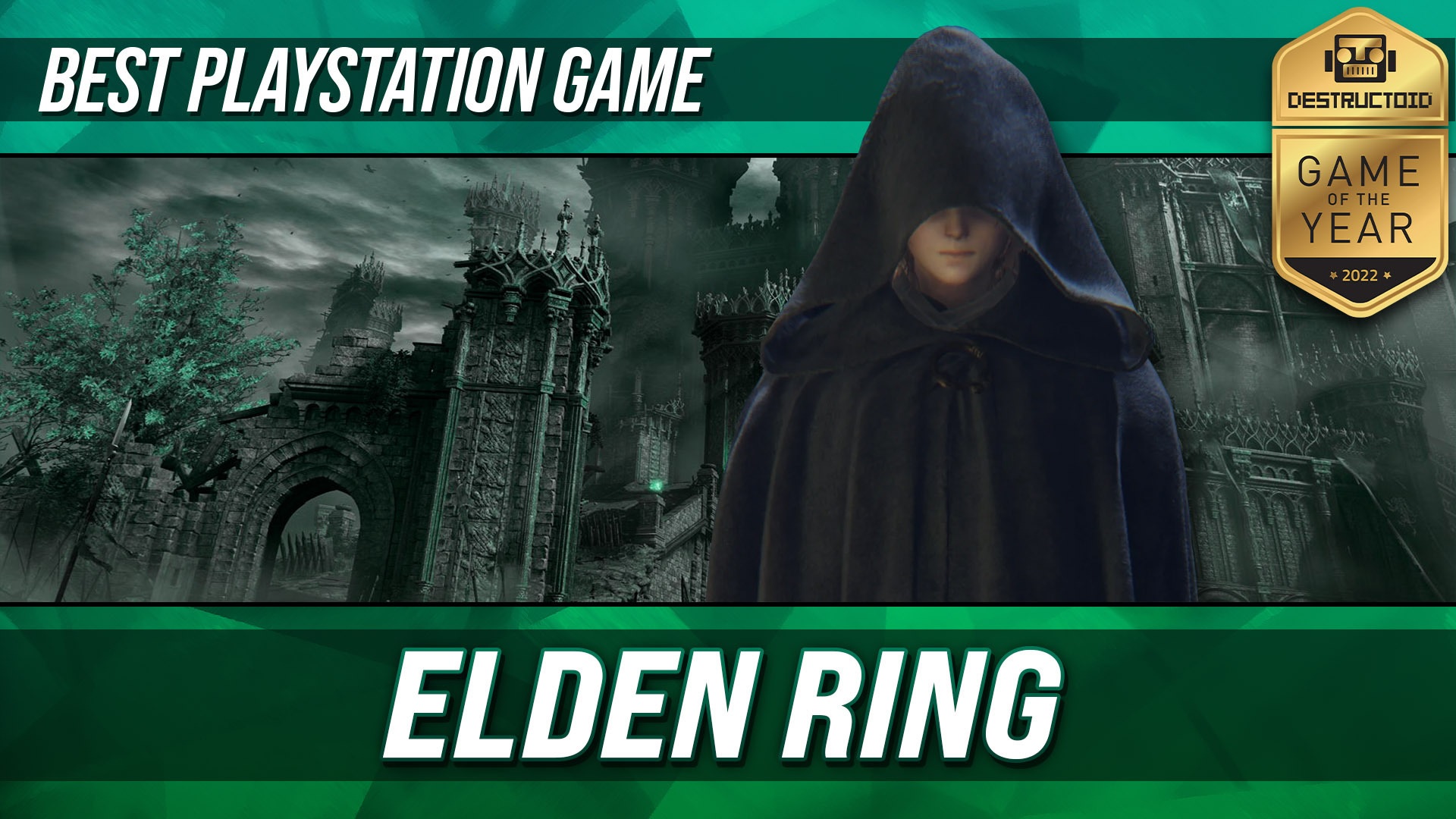 While some would argue that this year’s PlayStation GOTY contendership battle was a two-horse race, it still seemed somewhat foolish to bet against Bandai Namco’s dark fantasy adventure. From its initial announcement, FromSoftware’s next release had the fanbase practically frothing at the mouth. Convinced, purely off the back of the studio’s pedigree, that something genre-defining was on the march. And, to the surprise of nobody, when launch day came, Elden Ring delivered.

Players were immediately enraptured by The Lands Between, falling into some sort of strange love affair with its oppressive grimness, frightening environments, and skin-crawling giant spider hands. Eager gluttons for punishment, players gladly submitted themselves to the lash of Elden Ring‘s whip, sadistic glee derived from the new title’s challenging gameplay and marathon-length boss battles — trademark elements of the FromSoft modus operandi. Predictably, all of this amounted to staggering critical praise and amazing sales, with Elden Ring raising the bar for the year in only the second month of 2022.

But beyond the gameplay, Elden Ring captures the true immersion required of any fantasy RPG worth its weight in gold pieces. Player interaction may be digital, the narrative might be more linear, and the experience a little more solitary, but titles such as Elden Ring present themselves as a modern media variant of the tabletop RPGs of yore, offering up the same deep, dark worlds, fascinating characters, and epic encounters of the golden age of fantasy — but presented with stunning visuals, fantastic sound, and a focus on highly aggressive action, set against the backdrop of a foreboding but intriguing world.

This is not to say titles such as Elden Ring replace tabletop gaming, of course, but merely to suggest that studios like FromSoftware understand what has kept the passion for the dark fantasy genre burning in the hearts of game players for decades, and how to successfully adapt key elements for digital multimedia. FromSoft has proved its ability to do this, time and again, release after release. And has, once again, produced a magnificent world of sword and sorcery that begs to be explored and conquered — asking, as always, that you be sure to bring your “A” game.

After all, this ain’t no place for the Maidenless.