The runaway most popular game of the year is also our PC Game of the Year. PlayerUnknown’s Battlegrounds, or PUBG as it’s colloquially called, has been an absolute tour de force on the sales charts. It smashed Steam’s concurrent users record and then it continued to get even more popular.

PUBG has clicked with so many people. The battle royale genre is inherently interesting and simple: Survive and don’t die, and that means you win. That’s the purest distillation of so many video games that we’ve played over the decades. Just don’t die.

But there are a number of battle royale games on the market and PUBG might not even be the best one. It’s certainly not the most finished one. PUBG spent the vast majority of the year in early access — a title that was sold to the public with the full disclosure that the game was not yet done. Consider that for a minute: It managed to sell more than 20 million copies without being a final product.

You know what? None of that really matters. PUBG is the game that made us rethink how we approach early access. How do you deny a phenomenon like this? Millions of people are putting significant hours into chasing that chicken dinner dragon. This doesn’t feel like the time to pull the technicality card and withhold well-deserved recognition.

Even though PUBG is a fine enough shooter, it’s a masterclass in creating memories. Exhilarating victories and heartbreaking defeats. Incredible headshots that you were on the giving and receiving end of. Final circle snaking through the grass, hoping to the heavens that you stay hidden longer than your opponent does. Finding a 15x scope and the ghillie suit for the first time. Carrying your team to a win even though they didn’t hold up their end of the bargain.

All of that had people playing PUBG more than they played any other video game this year. Us too. It’s not the most refined on our list of nominees, but it’s the most memorable. It kept us chasing thrills and kills. It was a proven injection of adrenaline anytime we needed it. And we kept coming back for one more hit. That’s why PUBG is Destructoid’s Best PC Game of 2017. Winner winner. 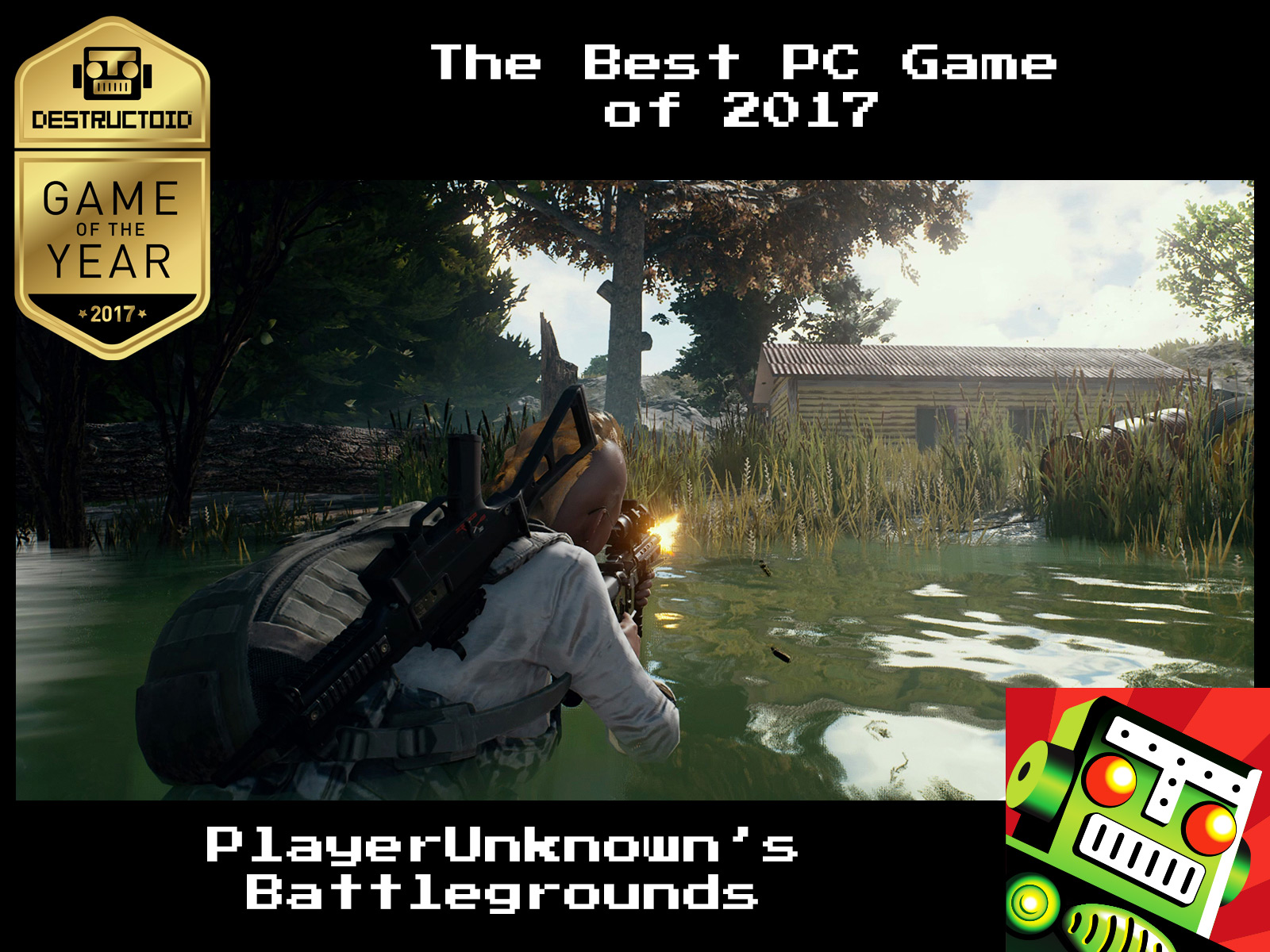