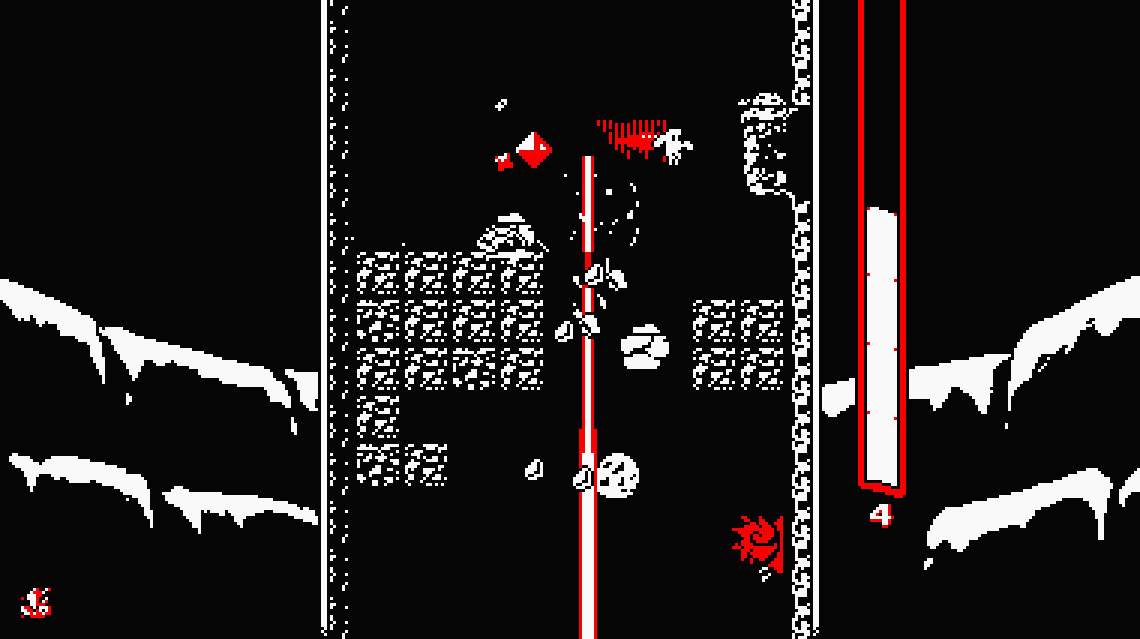 There were some great slow-paced, methodical games up for this award (Lara Croft GO, Alphabear), but Downwell proves twitch action can still work on phones. It achieves this through its dedication to simplicity. Three colors. Three buttons. That’s all you need.

Downwell wowed Steven enough that he said in our review he wants a dedicated handheld device to play it. It impressed the rest of us enough to garner nearly 40% of the votes in its category, nearly double the number of the next runner up. It’s the type of game I can imagine keeping around for years, playing whenever a moment frees up.

Though it’s more tactile with physical buttons, Downwell‘s biggest problem on mobile is that it’s currently exclusive to iOS. The Android version is on its way, and it can’t become available soon enough.

[Incomplete products like Steam Early Access titles and episodic games that are not fair to assess as standalone experiences, without a full episode count, were not eligible for this year’s awards. The cutoff for entry into Destructoid’s 2015’s Game of the Year awards is December 4, 2015.]