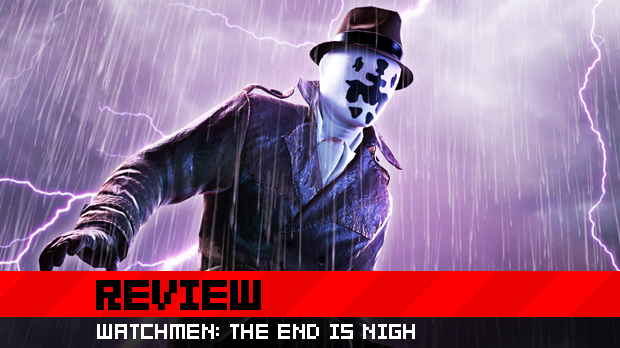 Can you smell it? That’s Watchmen fever — it’s in the air!

Or maybe it’s money. Because with the Zack Snyder’s Watchmen film adapation hitting the theaters this week, there sure is a lot of marketing stuff going on this week. Hell, just in the videogame world alone a mobile phone game has a launched, and this week brought an announcement of an iPhone massively-multiplayer online title, Watchmen: Justice is Coming.

Today, Watchmen: The End is Nigh hits Xbox LIVE Arcade, with a PlayStation Network version available tomorrow. The final reviews of the highly-anticipated film have yet to hit, but our verdict on this digital download title is in.

Good news for fans of classic beat ‘em ups — Watchmen: The End is Nigh is unashamed of its roots, an obvious homage to classic brawler-style games. Unfortunately, that’s also the bad news; as fun as it can be in spurts, The End is Nigh snuggles into a formula early on, and refuses to let up, relying on the same tricks for nearly six chapters of gameplay.

From a pure gameplay perspective, it’s easy to fall in love with The End if Nigh’s simple-yet-fulfilling combat. Players can choose from one of two masked heroes, the methodical and feral Rorschach, or the more refined martial artist, Nite Owl. As either hero, recognizable controls will have you pounding thugs and creeps into the ground, with light and strong attacks that can be strung together rhythmically to unleash some brutal-looking and rewarding combos. 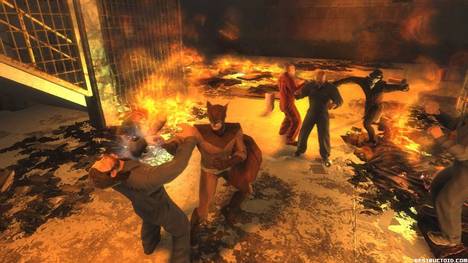 Although the button combinations for each brawler are essentially the same, Nite Owl and Rorschach each have different animations and fighting styles, which give playing as each a slightly different feel. The game’s context-sensitive finishing moves are also satisfying and varied, the game trickling out different animations as you play, so the game frequently surprises you with more than a few “oh cool!” moments.

The End is Night can be played cooperatively (split-screen only), with each hero having the ability to take different paths through levels, helping one another reach new areas. Nite Owl has a grappling hook for instance, and can reach rooftops by finding grappling points, usually indicated by obvious “this way up” graffiti and other hand-holding signage. And for whatever reason, only Rorschach can climb pipes and roll under gates, which only Nite Owl can lift. This, of course, is why the two must cooperative as a team. Otherwise, they’d never be able to get through the game’s six chapters, each of which has an area (or two or three or four) that requires context sensitive gate-lifting as Nite Owl (by “pumping A,” as the game puts it) and then subsequent under-the-gate floor rolling as Rorschach.

This right here is the game’s biggest problem — its repetition. As solid and enjoyable as the combat is, there are only so many crowds of generic-looking thugs you can pound on before things start to feel a bit stale. By Chapter III, déjà vu really starts to set in, with each area playing out like a copy-and-paste of the last. You start in an open area beating up some thugs (some fat, some skinny), and then move on to another open area where a cut-scene will trigger and then more thugs will pour in. After you dispatch them, you’ll lift a gate, flip a switch, or turn a valve before moving on. Outside of the environment and clothes the thugs are wearing, there’s almost nothing to differentiate them from one another; you rarely need to change tactics, either, as all of the enemies essentially behave the same. 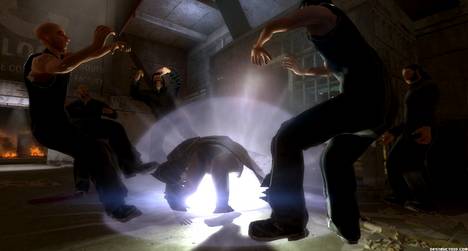 While this kind of “generic thugs as a punching bag” concept is par-for-the-course in brawler games, The End is Nigh rarely — if at all — does anything to switch it up or throw you for a loop. Nearly every chapter disappointingly ends with a generic battle against a group of identical thugs you’ve been fighting since you pressed start. It’s not until Chapter VI, a final boss battle, that things are changed up a bit, and even then the game manages to toss in the familiar thug-thumping just to remind you that you’re playing Watchmen: The End is Nigh.

The story — penned by the editor of the original graphic novel, Len Wein — is well-told through animatic cut-scenes that do a nice job evoking the look and feel of the comic. As a prequel to the graphic novel (and the upcoming film), it contains no spoilers for those unfamiliar its story, and can stand on its own without any prior knowledge or Watchmen history. While it also contains plenty of nods for fans (the entire story is based around backstory that’s only mentioned in passing in the graphic novel), it also doesn’t shed any real light on the characters or introduce any particularly important narrative points. 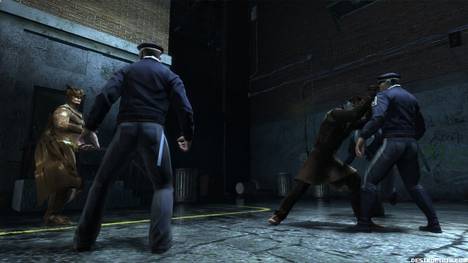 The End is Nigh seems like the foundation for an exceptional, well-put-together brawler, with the look of a Triple-A title that could have been something more. But it also feels like a concept, a shell that only gets the basics right and doesn’t take that next step to become a more interesting, engaging experience. The beat ‘em up engine and ideas are here, and it would be a shame if the game’s developer, Deadline Games, didn’t develop a more fleshed out brawler experience — whether attached to the Watchmen franchise or not — in the future.

Because of this, it’s hard to recommend Watchmen: The End is Nigh at its $19.99 price tag. While there’s somewhere about three hours of game to be played (maybe more if you choose to replay the game with both heroes), it basically boils down to the same 30 minutes repeated across six chapters. Still, if your tolerance for repetition is high, or you’re just looking for some mindless beat ‘em up action you can play with a buddy, The End is Nigh could be just what you’re looking for.