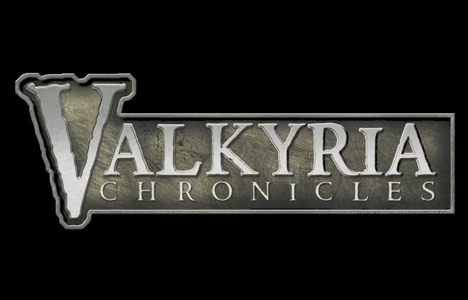 Ever since the April build-up to the release of Valkyria Chronicles in Japan, I have been waiting to play this title. The premise of “anime girls with guns” has always been a favorite of mine, but when draped in a WW II-esque backdrop and styled with a beautiful and strikingly different art style? Pants were changed many a time.

And in this generation, it’s great to see games that are visually different from other titles, trying out a new way of conveying story and emotion — but is the gameplay there to back it up? Valkyria Chronicles takes a new spin on tactical RPGs, mixing real-time action with the careful plotting of character movements on the map.

And so, how does this wartime adventure stack up? Is it gritty and filled with grenades at every moment? Well, let’s find out after the jump.

Set in Europan country of Gallia, you play as Welkin Gunther, the son of a war hero who, like the rest of his country, has gotten wrapped up in an ongoing war between the Eastern European Imperial Alliance (complete with Nazi-esque outfits), and the Atlantic Federation. So now it’s up to Welkin to prove his mettle as a tank commander in charge of Squad 7, taking dangerous missions and constantly surprising the enemy.

And thus, you set out in a world of beautiful colors thanks to Sega’s Canvas graphics engine, which creates a graphic styling akin to a watercolor painting in motion — think of the Final Fantasy Tactics: War of the Lions cutscenes, but on a whole new level. Watching the characters move about, attack, and blow stuff up is exactly like reading a comic book, right down to the sound effects appearing on the screen. It’s easy to get caught up in the lush environments, or stop to notice a really impressive detail, only to get shot a moment later.

The game operates by giving you a pool of command points (CP) to spend however you desire. Each CP will give you the opportunity to move and shoot with one of your characters, as much as their stamina/ammo will allow. Similarly, you can spend CP issuing orders that give stat boosts or heal your own troops.

This allows for two styles of play, essentially. You can work at a slow and steady pace, chugging along through the area and wiping out all traces of the enemy. This leads to a long and drawn-out battle, as the enemy can repeatedly call in reinforcements, delaying you from capturing their final base.

Alternatively, you can repeatedly move the same several units over and over in an attempt to capture the enemy base as quickly as possible, avoiding as many entanglements of troops as humanly possible. This path, naturally, leads you to saving the game as much as possible, because one wrong turn, and your entire plan is a failure.

It would be great if these were two equally valid options, but in the end, the game solely prefers speed over anything else. In order to get A-rank on these missions and recieve a decent amount of experience points, you need to follow the latter option. Deaths of characters, number of enemies killed, and such like that have a minor effect on the total you get, but speed is the great determining factor.

Without garnering that experience, your soldiers are weaker, and fewer weapon improvements are available to you. Leveling up your soldiers grants them new abilities, as each individual character has their own set of advantages and disadvantages for combat. Since you’re leveling up an entire class (Scout, Stormtrooper, Lancer, Engineer, or Sniper), each of the individual characters has the same experience — so you can swap out team members based on site conditions without any penalty.

Taking advantage of situational benefits is key, because this game is not easy. Valkyria Chronicles is honestly difficult. The game positions itself as a mix of third-person action and turn-based strategy, forcing you to judge distance, use actual tactics (i.e., sneaking up behind the enemy), and set up ambushes in order to not get your entire team slaughtered. The enemies aren’t idiots, either — they’ll gladly use terrain to their advantage, and hell, they’ll even drop to the ground when you’re firing head-on at them. It can be frustrating, but it shows some brains.

As frustrating as the battles can be, time and time again I enjoy playing through every little bit of them. Valkyria Chronicles is a visual feast. It maintains a high level of difficulty in a new and rather innovative renewal of the tactical genre that provides enough of a challenge to entice fans of the genre, but is not so stuck in its ways as to keep normally averse gamers away. This is one title all you PS3 owners need to pick up.

Overall Score: 8.5 (8s are impressive efforts with a few noticeable problems holding them back. Won’t astound everyone, but is worth your time and cash.)