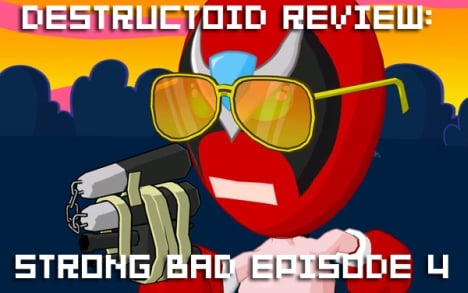 He’s the coolest cat in the history of cool cats. He’s a crooked cop who doesn’t take any guff from anyone. He always works alone, except when he works with Renaldo, which is all the time. He’s Dangeresque, the sort-of star of this fourth episode of Strong Bad’s Cool Game for Attractive People.

As always, Jonathan Holmes and I have played through the latest episode of SBCG4AP. I’ll be writing my review from the perspective of a Homestar fan, while Jon comes from the opposite direction.

Does Dangeresque 3: The Criminal Projective live up to Strong Bad’s hype? I guess you’re going to have to hit the jump to find out.

These Strong Bad episodes are really beginning to piss me off. Not because they’re bad, or irritating, but simply because not a single episode that does something really, really right can’t help but balance out its cleverness by doing several other things very, very wrong. Thanks to its unironic, self-reflexive sense of humor, Dangeresque 3: The Criminal Projectiveis probably the second best episode yet (right behind Strong Badia the Free). Once you’re done laughing, however, you’ll probably wish for more cohesive puzzles.

Right off the bat, episode four distinguishes itself from the other episodes by the sheer lunacy of its premise. Apart from the short, noninteractive prologue and epilogue, the entirety of the playable game takes place within the fictional world of Dangeresque 3. You’re not playing as Strong Bad, you’re playing as Dangeresque. 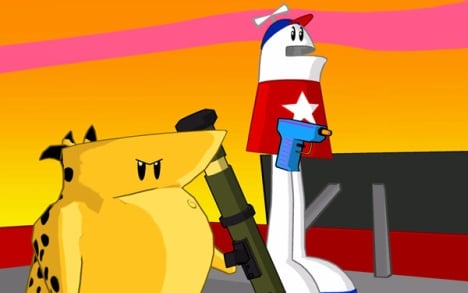 Since the entire movie is being shot by Strong Bad and Homestar as you play, the game is full of great directorial goofups and crappy special effects shots presented seamlessly within the game’s narrative. Though it’s obvious that Dangeresque’s chinese throwing star is really just a paper plate with a buzzsaw drawn onto it, you must treat it as if it is a real throwing star. These self-aware, winking-without-winking jokes provide some truly hilarious moments, and are essentially what make episode four feel so special. Though Dangeresque’s overdramatic speaking voice threatens to get irritating at times, the joke still manages to stay funny until the end credits roll.

Just as with the in-character puzzles from Strong Badia the Free — building the Homestarmy, conquering other nations, dealing with a black arms merchant — the puzzles in Dangeresque 3 are made interesting through their integration with the story. The puzzles pokes fun at nearly every action movie cliche known to man: from competing in a deadly poker game (only, since Strong Bad doesn’t own a full poker deck, the cards are from three completely different games and only one card is any good), to surviving a deadly car chase on the highway (only the highway is an empty field, and the car isn’t moving), to a final confrontation in a space station, the puzzles are unusual and funny…but sadly, not particularly engaging. 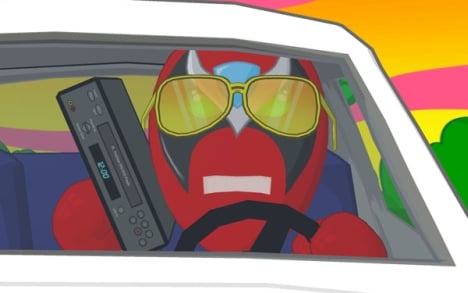 Though all those puzzles may sound challenging or inventive, only the car chase is remotely interesting. Too many of the puzzles are either way too easy, way too obscure, or just plain aggravating. As always, I won’t go into details for fear of spoilerage, but suffice to say that the series hits an all-time record for player irritation when Dangeresque embarks on a repetitive, globetrotting hunt for Marzipan. When you consider that the Videlectrix game is pretty horrendous this time around and the final boss-puzzle-fight-thing which caps off the episode is depressingly easy, it’s hard to hold that much love for Dangeresque 3‘s actual gameplay.

That said, it is an adventure game — the story and the humor are just important to the overall product as the puzzles. Where laughs are concerned, Dangeresque 3 knocks it out of the park. It’s just a real shame the puzzles couldn’t have done the same.

Crap, I really wish I could unsee this game. Thus far, I’ve either liked or loved every episode of SBCG4AP, and I was hoping to keep that feeling going all the way through to the series’ end. Dangeresque 3 has dashed that hope, and in doing so has marked the (hopefully temporary) end of my interest in the Strong Bad games. This episode is exactly what I feared the series was going to be, a series of lame jokes, cliche’d attempts at parody, all tied together with a bunch of piss-poor puzzles. I’m just glad that this is the fourth Strong Bad game and not the first, because if it were I probably would have already written the series off.

Like Anthony said, Dangeresque 3 isn’t really about Strong Bad and Co., but is instead a Be Kind Rewind-style homemade movie created by Strong Bad and Co. It’s not a bad concept, but it fails miserably. Bad acting, worse special effects, and predictable, idiotic storylines may be effective tools for poking fun at action movies when used in a 3 minute long SNL skit, but they can’t sustain a 3-5 hour long game. That’s actually being too kind; bad acting, worse special effects, and predictable, idiotic storylines can be funny for 3-5 hours, but only if they are concieved with creativity and inspiration. In Dangeresque 3, things rarely get more creative than the “comedy” found in those terrible Thumb-themed “filmettes” of the late 90’s. There are a few genuine laughs to be found here, most of them from members of the supporting cast like Strong Sad and Homestar, but these moments are totally outweighed by the colossal amount of duds in the game’s script. It’s not just un-funny, it’s actually painful and akward to witness most of these jokes. 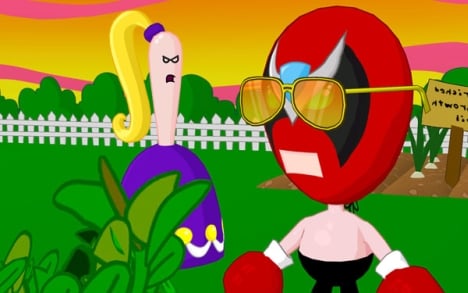 The puzzles are even worse. At best they are functional, at worst they are a chore, but they are almost always solvable without thinking. Remember the card game puzzle that Anthony mentioned? I solved that one almost entirely by accident; just a few random clicks, the obtaining of obviously needed item, and I was done, robbed of “eureka moment” that every point and click puzzle potentially promises. Like Anthony said, the car chase bit is fun, as are a few others, but for the most part these are the worst puzzles the series has seen so far.

I’m also in agreement with Anthony about this episode’s Videlectrix game. It is nearly unplayable, and that’s coming from a guy who played Snake Boxer 5 for a solid hour without getting bored. My tolerance for repetitive, retro-styled gameplay is pretty high, so if even I don’t like Space Circus Catastrophe!, I doubt that anyone could. 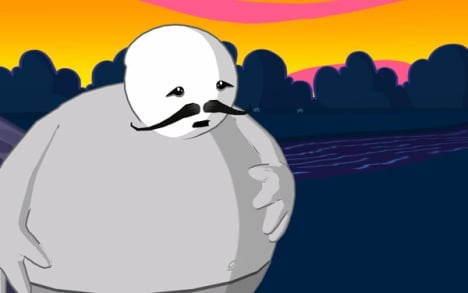 Before closing, I do want to tell you that the song that Strong Bad sings over the end credits is pretty awesome, as is the opening cinema that starts the game off. If those bits just lasted a few hours longer, and the rest of the game a few hours fewer, then this might have been one of my favorite episodes yet.

Anthony clearly saw something in Dangeresque 3 that I didn’t, and I’m glad for that. I’ve been rooting for the SBCG4AP series all along, if only because its amazing that a character from a web cartoon is now the leading man in a game on a major console (and yes, I’m rooting for the Penny Arcade games just as much). With that in mind, I will gently excuse myself from the world of Dangeresque 3 with hopes to never to return. Even the funniest people in the world bomb occasionally, and you can’t deem a friend to be unfunny just because they have an off day every now and again. For me, Dangeresque 3 is that off day. I think it’s best for both me and Strong Bad if we just try and forget this whole thing ever happened.