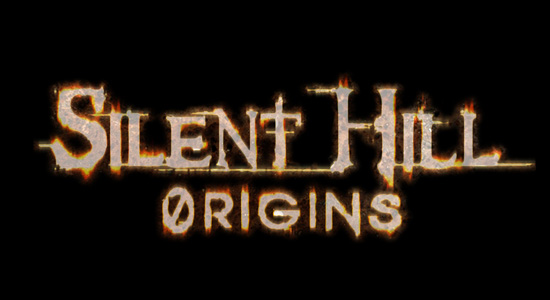 We bid you welcome to the quaint lakeside town of Silent Hill. It’s a wonderful little town, really. It’s safe and quiet, and it boasts several hospitals. The lakeside is pretty, albeit a bit foggy throughout the day. We take great pride in having a loving community. We’ve got a play going on at the Midwich Elementary School. The whole town is going to be there — it’s a sight you won’t want to miss.

Don’t believe us? Well, when you stop by, feel free to talk with some other visitors who decided to settle down in Silent Hill: Harry Mason, James Sunderland, or Henry Townshend. They’ll all be available, it just takes a little while to find them.

I hope you have a safe trip into the town, but do watch out; the roads can be perilous with all that fog coming off the lake. Sometimes a deer or other animal will jump out, and we don’t want you to crash your car.

This latest iteration in the Silent Hill series is, as the title suggests, a prequel to all the rest. As the redneck trucker Travis Grady, you nearly crash your truck after almost hitting someone, and decide to walk into Silent Hill. Along the way, Travis saves a horribly burned girl from a flaming house, and collapses. From here is where the story arises: Travis is trying to find the little girl, Alessa, and what happened to her. In this game, you go through the looking glass. Literally. Some mirrors in the game act as your transport between Silent Hill proper and the “other world,” as the game has officially dubbed it.

We’re back in the general territory of the original Silent Hill, as noted by the first “level,” Alchemilla Hospital. Within here we run into our first set of enemies, which are rehashes from Silent Hill 2: Nurses and Straight Jackets. Thankfully, the rest of the game features new enemies, most of which are centered around a theme of Travis and his trucker life — such as the roadkill he frequents on the roads.

This Silent Hill has a different feel to it, I must say. Since this isn’t developed by Konami’s Silent Hill team, it’s only to be expected. With Origins, Travis is fundamentally different from all the characters in the other games. He’s more aggressive, and he’s an outsider compared to everyone else. He doesn’t have any real attachment bringing him to Silent Hill — just the fact that he was going to stop by for some coffee. Sure, he has some connection to the place, but it was happenstance that brought him here, not fate. Thus, it allows for a different mood to the game.

The setting gives off a 1950’s sentiment, as many of the game’s events take place back in 1960. When you’re at the sanitarium, motvational posters line the walls, and to be honest, it reminds me of Rapture ever so slightly. None of the games have the level of ambient background information contained within them like BioShock did, but that’s because the series itself creates an evolving definition for the town. Enough of the plot theorizing, though — that’s for the forums.

Much to my dismay, when you’re roaming out and about on the streets of Silent Hill, the enemies loathe to stay dead. I’ll go and savagely beat a Straight Jacket to death with my fists, and give him the customary curb stomp. I’ll continue down the road a bit to find that little section of the world missing, and turn around. The pool of blood from my enemy is still there, but the body isn’t. It’s shambling right towards me again! It seems that the system limitations show itself here — either that, or the development team is playing a cruel joke on me.

Why is that? The combat system in Silent Hill Origins is changed from its predecessors. What’s different from the previous games is that weapons now break in the game. Weapons have three levels of health: good, medium, and bad. Understandable; things break over time. Unfortunately, everything breaks at the same rate, whether it’s a scalpel, plank of wood, or a meat hook. Usually, the weapon lasts no longer than 2 full kills, and will break somewhere into your third. I can understand that happening for a plank of wood, but I would think that the butchers of Silent Hill have their meat hooks made of hardier material.

The new combat feature isn’t all bad. Now, the game will let you pick up some items scattered throughout the town and use them as one-shot objects. When Butcher, Origin‘s Pyramid Head predecessor, I say there’s no better weapon than a toaster. The game doesn’t starve you for weapons — at the moment, I’ve got over a dozen melee and one-shot weapons, plus a pistol and shotgun. This is probably because I tend to go with my fist in a fight — having a weapon break in mid-combat is not something I want to deal with. Plus, if I decide to switch weapons while fighting an enemy, I’m going to take some heavy damage. That happens frequently, too. All too often I’m in desparate need of an ampoule, all because I tried to switch weapons and got the living daylights beat out of me.

Thankfully, controlling the game translates well onto the PSP. You can quickly access your weapons through the D-Pad, scrolling through all that’s available to you in terms of melee and ranged weapons. They could’ve improved it by giving an option to organize the weapons — I want my alcohol jugs to be grouped together, dammit! My main complaint, though, with the controls, is controlling the camera. It’ll assume the best angle automatically, but to bring it behind Travis once again, you press the L button. Instead of swiveling around, the camera cuts, creating a jarring feeling, leaving out everything that could be seen between camera position A and camera position B.

My PSP is still new to me, and so I’m once again bowled over by the graphical prowess of the system. The graphics are of PS2 quality, both in cutscenes (although the opening did suffer from overcompression) and in gameplay. Lighting, though, has been a bit of a problem — objects that aren’t a part of the background become horribly jagged. Otherwise, though, the game looks about as good as Silent Hill 3 running on the PS2. The move onto the PSP also brings with it some load times. Playing on the PSP Lite, I noticed that they ranged between three and eight seconds, hovering around four or so for the most part. The music would occassionally skip when it had to load a bunch, but otherwise, the game ran smoothly.

Now, besides all this, the eternal question remains: is the game scary? Yes. Is it a Silent Hill-type scary? Yes. As the game suggests, play with headphones on and in a dark room. The game is utterly absorbing, as Akira Yamaoka’s soundtrack shines through once again. It draws some inspiration from the first game, but the music is creepy and disturbing as ever. The sound still plays tricks on you, and I sometimes end up holding my breath just before I go into a room, afraid of what lies beyond the door. I could do without the coating of static on the gameplay (like how Silent Hill 3, I believe, had a film grain effect on it). While a nice touch, and it fits with the theme, it takes away from the look of things.

Silent Hill Origins is the Silent Hill series as you’ve come to expect it. My chief concern with the game was that the developers were going to just sit back and churn out a title that was a cookie cutter version of the previous games. Instead, they tried new things with the combat system that ended up not working out too well — but at least they tried. What I assume to be system limitations made killing enemies less than permanent, and that was my biggest gripe with the game. It’s still fun, scary, and what Silent Hill is at its essence. It’s not the best game in the series, but it certainly isn’t one that you want to deny the existence of.