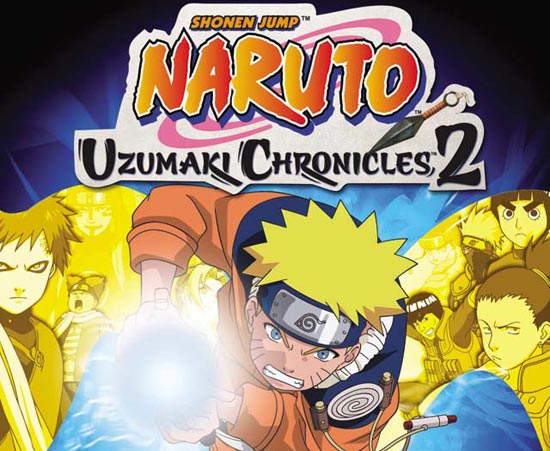 Naruto is one of those anime series that is filled with highs and lows. When the show first started, it was absolutely wonderful. Filled with ninjustu, awesome fights, and a slightly annoying, “dattebayo!” every episode. Yet, there came a point in time when that all came crashing down. As it is with most shonen anime, each episode of the show covers several chapters of the manga, and so the show had to go into fillers to let the manga get ahead some.

This is the point in time when babies start crying. The show became filled with the most idiotic and incomprehensible plots, that it made an episode of Barney and Friends seem like something that came out of the finest corners of the BBC. It was really that bad. It got so bad, in fact, that they rebranded the show when it got out of fillers and reset the episode count, so it is now known as Naruto: Shippuden.

Naruto: Uzumaki Chronicles 2 takes place during the 200+ episodes of filler that goes on during the anime. So, right off the bat, you can tell it’s going to be a quality title. I expected this game to be average when I reviewed it for Japanator, but it was something that I just had to tell you fine folks here at Destructoid about. 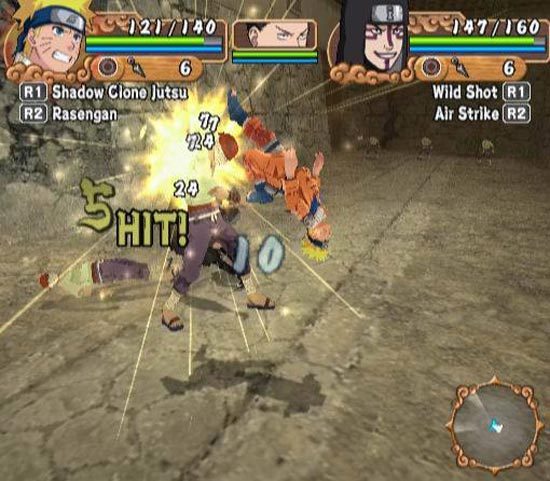 The combat system is that of a beat-’em-up, which is great for this type of show: you, the main character, wailing on countless ninja and puppets because they’re just not as cool as you. You can even team up with a friend to play as one of the other ninja in your three-man squad. That’s where the game falters first, though. Once you’re friend joins in, the camera goes all out of whack. It will center on the first player, and then it will pan according to the movements of the second player. While in the middle of combat, this makes it impossible to tell what’s going on when either player actually moves.

The combat itself is a level above Dynasty Warriors — instead of mashing one button, you have two to mash. The characters have two representative ninjustu techniques, and are the main reason why you’d want to play as a particular character. I’m not quite sure if this is a bonus, but the game stays true to each character: Sakura is completely useless, Naruto is annoying and only good if you spam his special moves, and you’re better off playing as Kakashi or Shikamaru.

One of my biggest problems, though, has been how the levels are designed. Many objects have barriers around them, because you can’t interact with the object, or it’s designed to be a wall. The problem is when things like grass and small bushes have this same barrier, it becomes dumbfounding why I can’t run through them. I thought this issue was resolved by the first year of the PlayStation 2’s existence. When you kill an enemy, their spoils will sometimes be flung over the border of the level, and just sit there, while knee-high grass prevents you from collecting it. It’s a problem that shouldn’t exist in the game unless you’re under a time constraint for putting the game out. 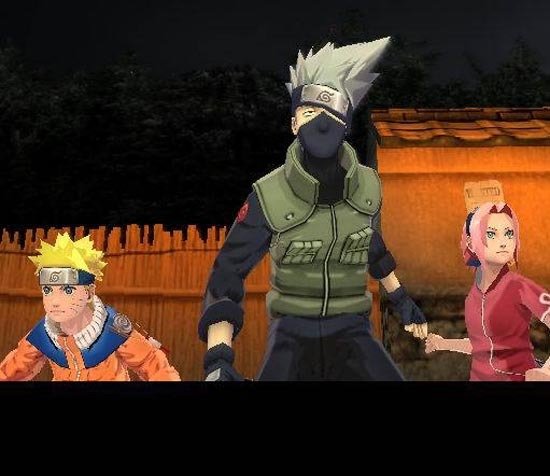 My favorite story to highlight is during one part of the game, you enter an enemy fort, and have to go through a clockwork jumping puzzle (which the controls are not suited for). Once I cleared the first room, the second room looked oddly familiar. I went through it, and into one of the other doors. Then, I realized why. Every single clockwork room was exactly the same. Every gear and block was laid out in the same space. This went on for seven or eight rooms. It was as though the developers thought that the little kids this game was aimed towards wouldn’t be able to handle any sort of variety.

The controls, though, don’t handle well for a jumping puzzle. The controls are slightly heavy, and there’s actually a lag between pressing jump, and your character jumping. Very bad when you’re trying to do a running jump. Otherwise, within the battles, the lock-on targets seemingly randomly. I’ve had it lock on to the furthest enemy from my character before.

The graphics for the game are rather dated. Things look blocky and aren’t too original. There’s obviously some detail put into the character models, but the enemies are generic ones from the anime and there aren’t a ton of different ones. Also, the voice-work in the game is that of the Naruto dub. If you don’t know how bad that is, check out an episode on Cartoon Network sometime. You’ll understand the pain that some of us anime fans go through. 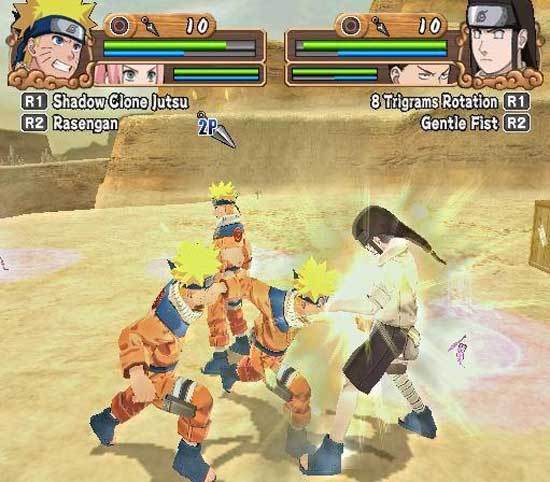 The game’s also got a versus, mission, and survival mode through which you can keep yourself from the story for a few minutes. The survival mode is just like in God Hand — defeat a certain number of enemies within the time limit to earn yourself some spending money. The mission mode has similar tasks, like “defeat the bandits!” or “kill the puppet boss!”, and has you running around the map. The only problem is, unlike with survival mode, if you die during a mission, the game will revert to your last save, destroying your progress. To a young kid who doesn’t really understand how important saving often is (or if you just don’t care), it can kill off a hell of a lot of progress.

Overall, the game doesn’t throw much difficulty at a veteran gamer. To an 8 or 12-year-old child, though, this game would be more difficult, and the flaws of the game wouldn’t be as apparent. From a hardcore perspective, there’s no reason why you would want to play this game – unless you subscribe to Naruto completely, and will follow the series to the ends of the earth. The only redeeming factors are that the game forces me to think beyond mindlessly pressing the square button, but only barely. This game is better off being one that time forgot.