Earlier today I had the pleasure of checking out Dead Space in London, where they were publicly debuting the game’s accompanying animated movie, Downfall.

Dead Space: Downfall is a full-length feature chronicling the events that happened just prior to the videogame and explaining how the starship Ishimura became the desolate Hell hole that it now is. Developed by Film Roman, it is due to be released on DVD alongside the game when it launches next month, and we were told it would be available on Dead Space‘s launch day.

So, having sat back in the Apollo Cinema and watched this animated prequel in full, what does Destructoid make of Dead Space: Downfall? Read on and find out. 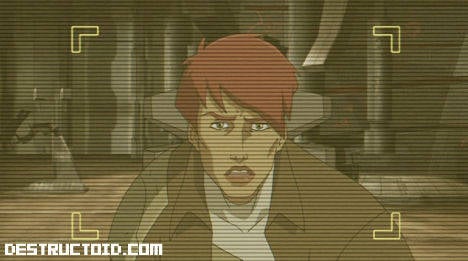 The Ishimura is a “Planet Cracker” starship, a mining vessel that is used to destroy dead worlds and extract precious ore from them. With the Earth having been stripped of resources by the human race, other planets are now being mined in the depths of space by the Concordance Extraction Corporation. While preparing yet another planet for destruction, the CEC dig team uncovers a mysterious artifact that some believe ties in with the human race’s dominant religion — Unitarianism.

Unfortunately however, things are not as Heavenly as they may seem and — as detailed in the Dead Space comic book — the miners on the planet’s surface are driven insane by a malevolent force before being wiped out by an emerging alien scourge. With the surface team succumbing to the aliens, The Ishimura awaits outside of the planet’s atmosphere, and it’s not long before the fate of the miners and the ship’s crew become irrevocably intertwined. 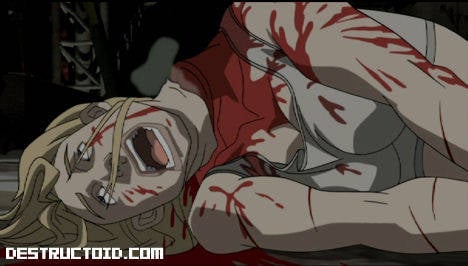 Downfall is the middle chapter in a cross-media trilogy of sorts. It starts with the comic books and the dig team before ending with Isaac in the videogame. The destruction of the Ishimura’s crew is the focus of the film, centering predominantly around the ship’s security chief, Alessa Vincent and her team as they deal with the effects of the unearthed artefact — known only as The Marker — which has been placed aboard her ship. 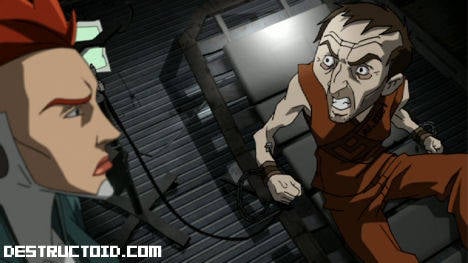 Alessa is your stereotypical “heroine with a tough-guy exterior,” and she is one of the many archetypes found throughout the film. While an enjoyable movie, you will find that it can border on the cheesy with its stereotypical characters and dialog. As well as Vincent, you will get to meet the British doctor with a slightly sinister air, the wisecracking rookie who’s destined for an early death, the black guy who says “fuck” a lot and, of course, the token character with a Latin surname. 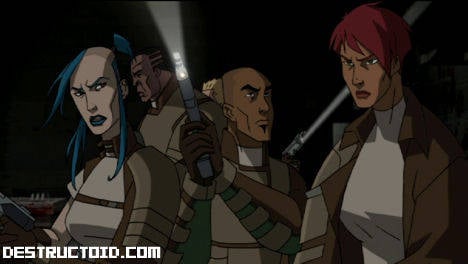 Despite the rather routine characterization and dialog, however, Downfall is still quite an enjoyable flick. It’s got some morbid humor and there are a few memorable scenes, especially once The Marker takes hold of the Ishimura’s crew. It is also, naturally, incredibly violent and there are some really bloody action scenes. At times it reminds you of a cartoony Event Horizon, and I mean that as a compliment.

The animation is in the modern-day anime style that many should find appealing, although it’s certainly strange to see after months of “realistic” in-game footage. Not that it’s bad, it is just somewhat jarring. The occasional use of CG for the Ishimura and other vessels within the film itself can also look out of place next to the traditional animation. On the whole though, it’s good stuff. The gory moments are pulled off in that creepily sickening way that only anime seems to be able to do right, and the Necromorphs are well rendered, even though they don’t look quite as disturbing as their videogame counterparts. 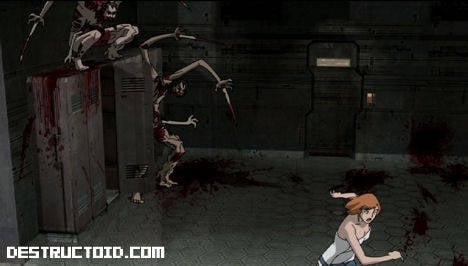 Downfall‘s triumph, however, is that it completely succeeds as a tool for enhancing the game. It sets up events very well, and even during my preview of Dead Space on the 360, I found an in-game reference that would have the most meaningful impact only if you’d watched the film. By no means is Downfall essential to the enjoyment of its videogame sequel, but if you’ve watched it, you are going to extract just that bit more. It’s clear that the Dead Space IP has strong connections between all its chapters, and together the various installments converge to create a fully realized story. 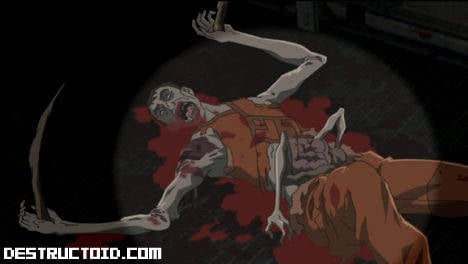 While I would not recommend Dead Space: Downfall as a standalone movie in its own right, I would suggest picking it up if you’re also getting the game. You’ll certainly be entertained, but more importantly you will find that the game itself is deepened and becomes all that more interesting. Think of it as a condiment, bringing out some extra flavor from Electronic Arts’ upcoming videogame, and you will find it a solid investment. 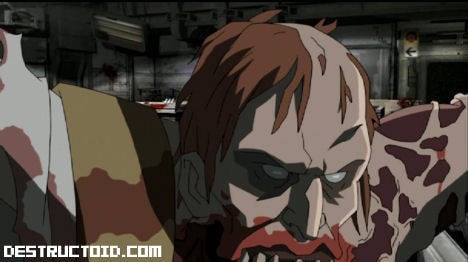