The NES version of Bionic Commando isn’t exactly the first title that comes to mind when people think of their favorite NES games. While it still holds a warm place in the memories of many retro gamers, the title’s unique and challenging take on the platforming genre never really caught on with the mainstream gamers of the time.

Regardless of that fact, Capcom knows a good series when it sees one, and has decided to revitalize the long quiet franchise. Not only will there be a brand-new 3D Bionic Commando, but, as you know, the remake of the original NES version is currently available on XBLA, PSN, and PC.

Does the updated version live up to its predecessor, while simultaneously providing an enjoyable experience for the newcomers?

First off, I was initially excited to hear the news of the Bionic Commando revival. Unlike most, I have a very special memory of the NES classic and I still play it every couple of months. Unfortunately, that level of familiarity with the title caused me to share Chad Concelmo’s opinion of Rearmed when we both played it at GDC. 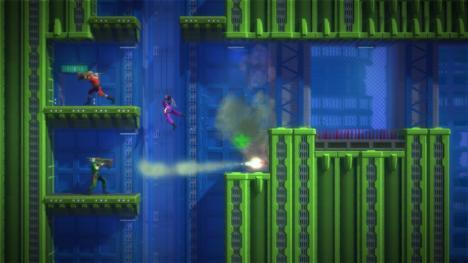 After spending about three to four days with Bionic Commando Rearmed, I can emphatically tell you that I was wrong. While I’ll never understand why Capcom wasn’t as proud to show off the main part of the game before, it certainly wasn’t because they had done a bad job with it.

In regards to the single-player, Capcom has done an amazing job of finding a balance between old and new when recreating the game. A majority of the levels have barely changed as far as layout goes, but they now include new little areas where Capcom has hidden power-ups and other collectible items. As for the levels that have changed, they have only become more complete and fleshed out than they were in their previous incarnations.

For example, the final level in the game is not only much, much longer than the original (took me two hours to beat), but was actually one of the hardest platforming experiences that I’ve played in awhile. This was actually very rewarding, considering I thought that the first part of the game was a little too easy.

Unlike the original, there are no limits to the amount of times you can continue and there really isn’t a true “game over” in the game. Because of this, I felt that the original’s challenge was lost at first. But after completing the game, I realized that I experienced the same level of challenge, only in different areas. The cheap deaths and limited continues may be gone, but they have been replaced with more complex levels and harder platforming challenges. 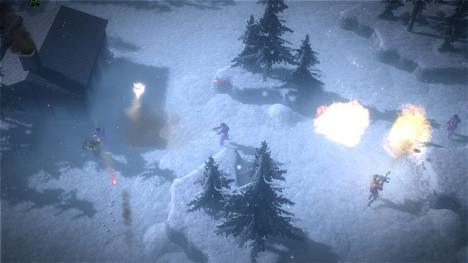 Speaking of the levels, I would be extremely remiss in not making a special mention of the soundtrack. Not being a person who normally cares about or even notices video game music, I was absolutely blown away by BCR’s soundtrack. Never before in a video game have I actually hung out in a level just to keep listening to the music, but the tunes in this game kept me coming back for more.

That’s only some of the new goodness that’s coming your way with BCR. Along with all the previously mentioned upgrades, the graphical overhaul is both beautiful and well done and, as I mentioned before, the title comes with multiplayer and challenge rooms.

Now, the multiplayer is actually awesome. I’m not too big of a fan of such things usually, but the 1-to-4-player modes are a lot of fun and stay true to the spirit of the game. While they include a Deatchmatch mode and a mode called Last Man Standing (which is almost exactly the same as Deathmatch), the one that stood out as far as enjoyment went was the Don’t Touch the Floor mode. Essentially, you eschew the whole kill-or-be-killed mentality of deathmatches, and you just try to knock your opponents off the platforms so that they fall into the floor-less oblivion in a very Smash Bros.-esque way.

The challenge rooms were a mixed bag of enjoyment, though, and here’s where we get into the not-so-fun parts of BCR. While the rooms are plentiful and provide some difficult challenges, the most challenging thing about them was the collision detection.

When switching from a 2D model to a 3D model, certain changes are made to the way that collision detection works in a game. While most people won’t even notice the difference, a person who plays the original as often as I do would. While trying to complete the challenge rooms, the exact same action could cause a death 2/10 times and it was strictly because of the inherent nature of 3D model collision detection.

But, like I said, only someone who plays the original very often would notice this, and even if you are that type of person, all you have to do is make a slight adjustment in your play style to compensate. Once you do, the challenge rooms become far more enjoyable and add a large amount of replayability to the game. (The only reason that I’m mentioning this is because there are retro gamers out there who will also notice this, and all I can say is: stick with it.) 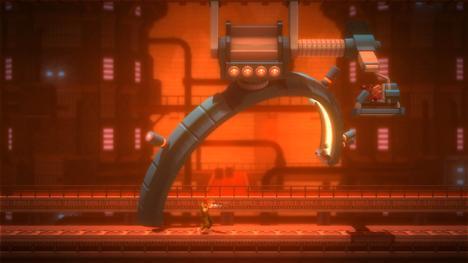 My only other gripe about the game is the new bosses. Granted, the bosses (if you can even call them that) from the original were nothing to write home about. The newer ones, though, are extremely hit-or-miss. I won’t ruin any of them for you, but I can only think of two that I felt meshed well with the game. The others were more of an exercise in the “I have a bionic arm! Let me solve this boss fight with it!” type of mentality. Also, the barrel-throwing thing is absolute bullshit, in my opinion. Just saying.

Regardless of these issues, I think that the entirety of the game far outweighs its minor flaws. While the single-player experience is truly the high point of the $10 purchase, the multiplayer and challenge rooms act like the “sprinkles on the cupcake,” giving the player more game than they should ever expect for $10. Not only that, but the level of quality that comes through in BCR shows that there can still be place for retro aesthetics and gameplay in today’s market.