Sorry, I’m a little late. Okay, really late. But a game like Advance Wars: Days of Ruin takes some time to cozy up to. It’s an Advance Wars game, baby — you gotta light some candles, get comfortable, kick back on a plush couch and/or armchair of your choosing and wait for the right moment. Then, of course, you have to suffer through 26 missions of brutal cruelty where your every misstep is preyed upon by an evil, evil computer.

It’s not that bad — unless you’re as miserable at turn-based strategy as I am. Though I suck something awful at ’em, I can’t help but harbor a strange sort of attraction to them, and when a game like Days of Ruin surfaces — a strategy game that passes on previously established visual and tonal traditions in favor of something new — that’s something worth taking a little extra time. Especially when it turns out as well as Days of Ruin — a damn fine effort that upholds the series’ strongest traits while mending, though not entirely eliminating, its shortcomings. 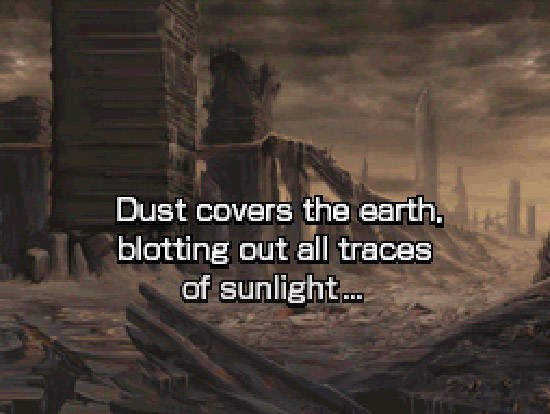 Published by Nintendo of America

Fans of Dual Strike and other titles in Advance Wars‘ brief but beloved North American tenure will likely notice the change in the art direction, tone, and general style around which Days of Ruin is situated. That’s natural, you know — it’s meant to be different. Unlike the previous bright, sunny all out friggin’ wars featured in the series, Days of Ruin adopts a post-apocalyptic swagger that will definitely raise some eyebrows.

Here’s the rub: almost 90% of the world’s population is dead, killed in a series of devastating meteor showers that have largely wiped human civilization off the map and blotted out the sun in a massive dark cloud. What’s left of the population scavenges for food and supplies and, with what remaining military force is still intact, kill the crap out of each other — which is, y’know, what you do. The player assumes the POV of Will, a cadet of the Rubinelle military academy. Picked up by the remnants of the military, Will embarks on a mighty crusade to rid what remains of the world of those who would plunder it. That sort of thing.

But apart from this fresh coat of brown-and-grey dystopic paint, not much has changed in the world of Advance Wars — this isn’t to say that the shift isn’t monumental, though. For a series that’s always focused so closely upon struggles for freedom and battles against the forces of tyranny, previous titles have always been just a tad too… Walt Disney Pictures Presents World War III. If you’re in the mood for a change, Days of Ruin should fit the bill. For those looking for the same old Advance Wars, don’t worry — the gameplay you know and love is intact.

I’ll spare you any lengthy discussions of combat mechanics in Days of Ruin as passed from its forebears; it’s more or less the same fare. In a sentence: rock-paper-scissors(-esque) turn-based strategy with a slew of units to shake things up. But what makes Days of Ruin different is likely what will resonate the most with fans of the series, ups and downs alike.

Dual Strike’s tag-team commanding officers (COs) are a thing of the past, and tag abilities along with them; the role of the CO in a given battle is greatly reduced. Battles in Days of Ruin, therefore, tend to be much more straightforward and seemingly much more difficult to break outright, as evidenced by some ridiculously powerful CO pairings in the series’ first DS romp. When they become available, COs can join the front lines by leading a unit, automatically promoting that unit to the maximum level — we’ll talk more ’bout that in a second — in a sort of “hero” mechanic reminiscent of several RTS and turn-based titles we’ve seen already.

When killed, the CO returns to headquarters, but if he or she can survive a handful of skirmishes, eventually specialized CO abilities will be made available for use. This pairing of on-field play and a reduced emphasis on grinding and exploiting CO abilities makes for a much simpler strategic outing in Days of Ruin, and a more enjoyable experience because of it. It’s a reduction, yes — but boiled down, what remains is Advance Wars play at its most pure, with a few new twists to keep things fresh. 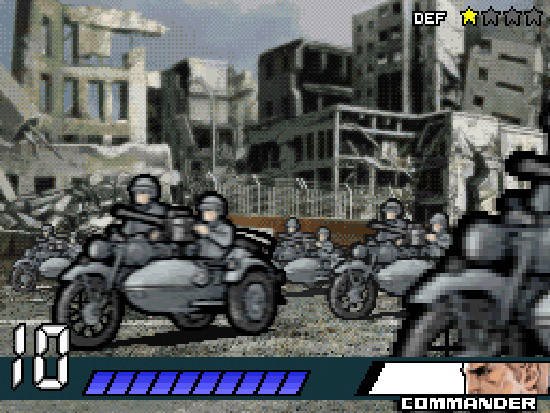 Additionally, units who topple foes on the field of battle are promoted in rank, boosting their stats and giving a distinct advantage over enemy forces. It’s a small touch, but one that had me dearly valuing my troops as opposed to sending wave after wave into the fray to die in the name of Cmdr. Linde. The advantage offered by field promotion is such that troop economy will become a focus of your strategy, and will likely change how you play the game.

Several new units included in the fray in Days of Ruin also serve to strengthen some long-standing weak points of the series. The bike, low on firepower but high on mobility, makes those early crawls of capturing buildings and facilities quicker, kicking off battles at a brisk pace. The mess of tanks in Dual Strike have been reduced to one brutal beast, the War Tank, blissfully counterable with the new indirect Anti-Tank unit. Several more units bridge the gap between land and air combat, lessening the rock-paper-monotony and limited use of some units available in previous titles. While specialization is still the order of the day, players will find that the units at their disposal — particularly in the late stages of the campaign — are perhaps more versatile than they might expect. Battles, then, can be tackled from a variety of different angles, putting the strategy back into this turn-based strategy.

As mentioned previously, the graphical shift is significant, but not necessarily for the better. Although it’s purely a matter of taste, by the time I had invested some serious hours in Days of Ruin, I found myself very much missing the bright battlefields of yesteryear; chalk it up to next-gen exhaustion, but the one thing I can count on about my DS games — particularly my Nintendo DS games — is that at the end of the day, they don’t look like Gears of War. Sprites are sharp, battle animations are crisp and entertaining (’til you turn them off, and you likely will), but how you’ll feel about the new visual style an entirely individual thang. It’s as well-crafted as Dual Strike, just… y’know, different.

Alas, the same can’t be said for the music. Dual Strike‘s score stands as my favorite on the Nintendo DS thus far, and Days of Ruin, while an admirable effort, falls into the buttrock sand trap that so often preys upon titles that adopt the heavier tone, be it in storytelling or visual presentation — or, in this case, both. A minor mark against the game, and perhaps only worth mentioning of only as a comparison against Dual Strike‘s standout achievement in music, but a mark nonetheless.

But the biggest draw for fans will undoubtedly be the online multiplayer, a first for Advance Wars. Playable for two players via the Nintendo WFC, the game features an insanely huge number of pre-made maps to smear in the blood of your enemies, and also allows players to create and share custom maps with one another. There’s just so much crap to do that — if the game succeeds in hooking you — will keep you busy long after staples of your personal DS lineup turn sour. Days of Ruin also allows for voice chat during battles, which I’m sure is pretty swell and all, but I haven’t tried it for lack of headset. I can imagine, though: landing a decisive blow upon my enemy, a faint whisper of “fuck you!” is heard before the connection is abruptly severed. O Internet, O Anonymity!

Advance Wars: Days of Ruin is built upon some of the most startling changes in the series to date. But unlike other evolutions of similar series, Days of Ruin doesn’t function so much on the building upon as it does a tight reworking of the principles at play, a retooling of its fundamentals. Gamers are notorious for reacting loudly to disagreeable change, and where Days of Ruin will land for many fans is largely a matter of preference; it’s worth noting, however, that the most key changes brought unto the series were made deliberately, with foresight, and precision. Days of Ruin is a marked improvement on an established and aging formula, but for gamers who love that formula, Days of Ruin is a no-brainer.

Have questions about Destructoid reviews, our metrics, or our philosophy? Visit the Destructoid Reviews Official Guide to fulfill your every disgusting, perverted curiosity on the mechanics behind the madness. Questions, comments and other detritus can be directed to the review crew at this address.