It is the first videogame designed from the ground up to work with the New Xbox Experience’s avatars, and as such, I was expecting it to be total rubbish. You’d imagine that a game designed around one central gimmick — especially something as twee as avatars — would be shallow, silly and not very much fun.

A Kingdom for Keflings might surprise you if you give it a whirl. However, if you’re no fan of firsthand surprises, just read on for our official Destructoid review … 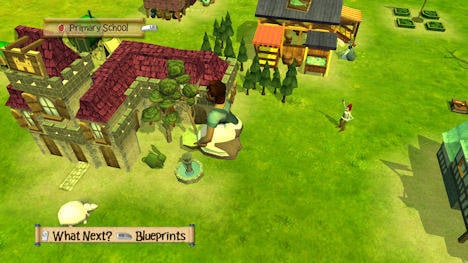 A Kingdom for Keflings (XBLA)
Developed by Ninjabee
Published by Microsoft Game Studios
Released on November 19, 2008

The premise of A Kingdom for Keflings is a simple one indeed. You are a giant (or rather, your avatar is) and your task is to build a kingdom. A kingdom for Keflings, in fact. Keflings are loyal little followers who can be commanded to do your bidding, never stopping to eat or sleep, devoted only to a single task. A bit like ants, except ants don’t scream when you pick them up. Sadly.

That really is the whole game in a nutshell. You’re the big guy, Keflings are the little guys, and together you work to create a small village, then a city, and finally a sprawling kingdom worthy of your magnificence. There is very little motivation outside of that, and whatever extra goals may present themselves, it’s all based around building things. 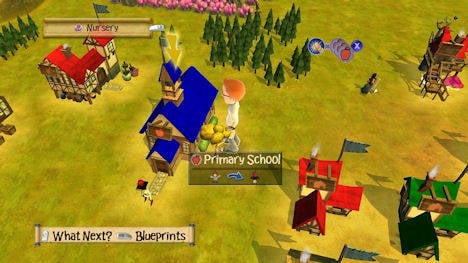 The building process is not much different from any other type of “God” style game. You need resources, first and foremost, either from the rock quarries or forests. Later on, you will also need to shear sheep for wool and gather crystals. In addition to harvesting these resources yourself, you can command a Kefling to undertake the task by picking them up and then dropping/booting them onto the desired source. You can also make them take the harvested goods to a workshop or lumbermill by then picking them up and dropping them on the correct building.

It’s as simple as that, and your Kefling will continue to work like an orphan without ever complaining.

You start off with a basic workshop in which you can build a town square and houses. You need blueprints before you can start making things, which are commonly unlocked as you create newer buildings. In order to make something, you simply walk to a workshop, press a button, and then select the correct materials from a list of items. The items will then be built, one by one, outside of the workshop. 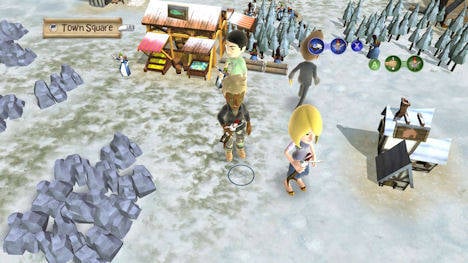 Carrying one item at a time, you can place the first piece anywhere on the map and then, with the correct blueprint equipped, you will be shown where each subsequent piece may be dropped. It’s incredibly easy and not demanding in the slightest, yet it is strangely compelling.

As well as simple building, you will need to perform a few extra tasks to keep things running smoothly. For example, if you want more Keflings, you need to build houses, but that won’t be enough. In a sickening twist, houses need “love” before Keflings will appear. Love is represented by a bright red heart which can either be found hidden around the map, or earned by completing missions for the town’s figurehead ruler, be it the Mayor or the King.

In addition, the map has hidden items which can be discovered, and usually need excavating from surrounding rock or crystals. Some of these items are essential, like the shears and pick, which will let you harvest wool and crystals. There are also textbooks, which are required to make certain buildings work. 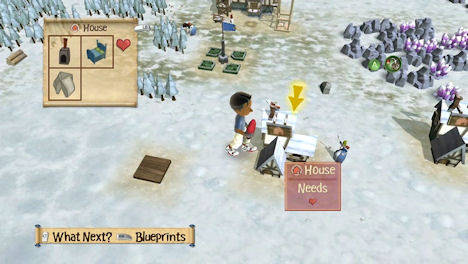 This game is childish, simplistic nonsense. Yet for some absurd reason, it is actually pretty damn playable. Especially at this moment of writing, where most of the big games on the Xbox 360 are stressful, action-packed shooters, it’s actually enjoyable to kick back with something as undemanding and laid back as A Kingdom for Keflings.

There is four-player drop in/drop out multiplayer as well, but as with all XBLA games, good luck finding anyone to play with.

Graphically, it’s certainly not the prettiest thing on the Xbox Live Arcade, but it does the job. The Keflings have some pretty great designs, but unfortunately they are far too small for it to be noticeable. The map can also get fairly cluttered if you build things too close together. However, if you build things too far away from each other, you’ll have a pretty boring trek from location to location. 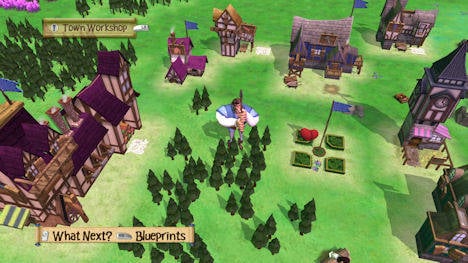 While we talk about boring, that is the one problem this game has — there is a lot of thumb-twiddling. Sometimes you end up doing nothing while you wait for Keflings to restock your workshops or excavate items. With your little guys doing everything for you, sometimes there’s nothing to do yourself but wait. It is also annoying how excavating things yourself isn’t very efficient. Despite being a giant, you can only seemingly carry as much raw material as a Kefling, so if you want to transport things in a hurry, you will have a slow and boring walk back and forth.

The only other minor issue is the music. Not that it’s bad — the melody is actually very catchy — it’s just that there is only one track. Possibly two. It’s difficult to tell because everything sounds so similar. While I really dug the fun “daytime TV” music at first, any more than twenty minutes of playing will make your brain scratch the walls of your skull as it looks for an escape. 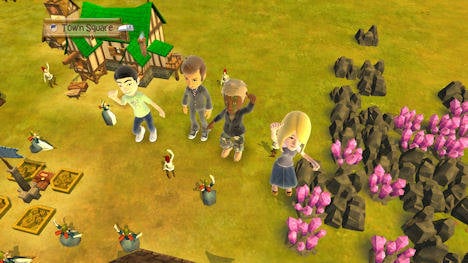 However, one cannot fault what is fundamentally a game that does very little wrong, even if its appeal is not one that should resonate with the majority of us here. While not something I would expect many of our readers to purchase, it has still accomplished everything it set out to do quite well, and there is something infectious about the whole thing that makes it memorable despite its lack of depth or completely undemanding gameplay.

It’s really not a great videogame. But it’s certainly a good waste of time.