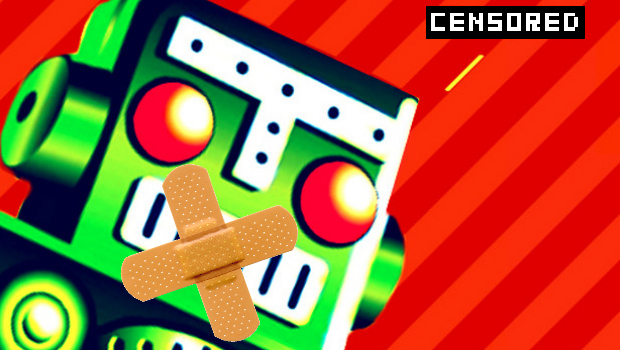 Destructoid has posted editorial that criticizes SOPA — the Stop Online Piracy Act — but until now, it has not offered an official company stance on the matter. Today, it is my honor and distinct pleasure to relay the official position on SOPA, and that position is simple:

The hastily written bill — which lobbyists and their pocketed senators are trying to rush into law — has drawn huge amounts of criticism from ISPs, tech pundits, and Internet experts across America. If approved, it will allow corporations to effectively censor the Internet, forcing websites to shut down over copyrighted content, regardless of the context. Sites like YouTube, Reddit, and even Destructoid are at risk over this nasty legislation.

One of the bill’s earliest supporters (and co-writers), GoDaddy, is the current host of Destructoid and its Modern Method sister sites. This soon shall not be the case, as network founder Niero Gonzalez moves to terminate all business with GoDaddy. Its involvement with SOPA runs deep, and it is unapologetic for the real harm it could do to the Internet. Although the company has addressed recent boycotts by now claiming to oppose SOPA (while still apparently supporting everything in it), that’s not good enough for us. If SOPA passes, GoDaddy will be culpable. Henceforth, Modern Method shall find a superior company to do business with.

There may be some downtime as we move, but that will be minimal. Thank you for your patience and support. If you would like to join the growing voices speaking out against SOPA, visit this website, or search for the dozens of other groups and sites attempting to fight this nasty, job-threatening bill.

Keep The Web Open: For news on the SOPA hearings as and when they happen.