The man that we sometimes call Sonic’s Daddy doesn’t do many interviews. Yuji Naka was a guy that stayed mostly behind the scenes during his time at Sega as the head of the famed Sonic Team, but now that he has moved onto Prope he seems a bit more talkative. That’s good. Who wouldn’t want to talk to the original programmer of Sonic the Hedgehog? Who wouldn’t want to chat with the guy who produced Nights into Dreams?

Thankfully, Naka was happy to come out of hiding to talk about his latest game, Ivy the Kiwi?. The upcoming Wii and DS release from XSEED Games tells the story of an egg that falls from the sky, releasing a baby bird. This bird, Ivy, immediately takes off to find her mother, and you’ll guide her along her way, making sure she doesn’t fall into trouble. It’s really cute, and it’s a lot of fun.

Naka met with Destructoid at E3 to not only grant us an interview, but also to kick our ass at his new game. Like that’s fair or something.

In this interview we chat a bit about his new game as well as some of the new Sonic titles. He even gives a very fatherly look back at his beloved hedgehog son.

Read on for our interview with Yuji Naka.

Destructoid: Before we start, let me say that I loved Let’s Tap. I am still beating up empty cereal boxes in races and dancing to its crazy music.

Yuji Naka: Thanks so much. It’s unfortunate, though. I thought it would sell more in the U.S.

How long was Ivy the Kiwi? in development? It just seemed to pop up out of nowhere.

Naka: I think altogether it was about 10 months. When Let’s Tap came out it was probably still in development. We were actually working on another different action title at the same time, and that was the main bulk of our time. Altogether it could actually be a little bit longer, but about 10 months is close.

What happened to that other action title?

Unfortunately, for various reasons we couldn’t bring it out. It is something that’s common in the game industry.

That’s a shame. I hate to hear that you worked on a game that we’re not going to get to play.

Actually within three years, two games didn’t see the light of day. There’s another one we’re working on right now. I desperately hope that it doesn’t have the same fate.

What’s with the question mark at the end of the game’s name. It makes it look like I can’t properly punctuate a sentence. It looks like a typo!

[laughs] I see. One of the ideas was to have consumers be curious about the game. It also plays a role in the game’s story, on what Ivy really is. We wanted to have a bit of a deeper meaning. 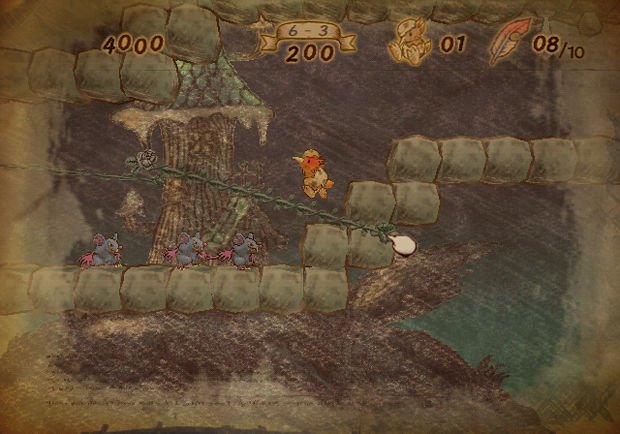 Is it specifically asking players if Ivy is, in fact, a kiwi?

Yes, exactly. The perfect scenario is to have the customer wonder why there is a question mark, and then after playing the game and seeing the ending, figure it out and say ‘oh, that’s why there’s a question mark.’ You’ll understand the meaning of this when you see the whole story.

We tried our best to put a lot of meaning in a small detail. If you finish the game and find that you have more emotional feelings toward the game, I’ll be really happy.

I’m guessing that creating such a sad opening story has a lot to do with that. I’m hoping it ends on a good note. It starts out so sad that I feel like I have to take care of Ivy.

Is Ivy the Kiwi? an action game or a puzzle game?

I personally think its an action game, but others might see it as a puzzle game. This is a game where your skill as a player evolves. You’ll gradually become better and better at in, so in that sense I feel like it’s an action game.

I love the style of Ivy the Kiwi?, especially the storybook look you’ve put in place. But, even more than that, I really like Ivy as a character. Do you feel that she has the starpower to hold up to that of Sonic’s?

I do want to believe that she does have that charisma that Sonic has. If the U.S. audience thinks that Ivy has the same charm that Sonic has, I’ll be very pleased. If Sonic and Ivy could be seen on the same level as characters, I’ll be really happy. 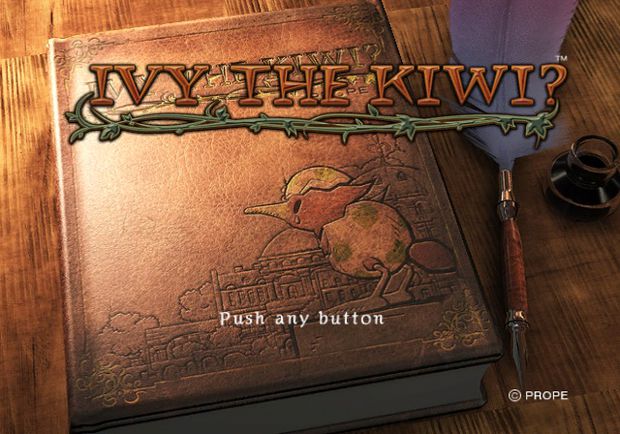 I know it’s still early, but do you see a future with Ivy sequels?

Not particularly at this moment. If the game does well and touches a lot of the U.S. audience, then we’ll definitely consider expanding this world.

Right now I really want to create new titles and new types of games. That’s our desire right now, but I also think that’s something that the user side is also wanting.

I think so. And that’s great to hear.

That’s especially nice to hear at an E3 where all the walls and signboards are plastered with advertisements for sequels to last year’s games. It’s refreshing to know that you have a real desire to work on new things for gamers.

Thank you so much. I will keep trying.

Have you see the PlayStation Move? I think Ivy the Kiwi? would work well on that platform. If you have seen it, would Prope consider releasing a version for the PS3?

I didn’t play it, but I saw what PlayStation Move was about a bit yesterday. I think it could work, but in order to play that you’d have to buy the game and PlayStation Move as well, so it might be a little hard for the consumer to purchase both together. With Wii, all you need is the included Wii Remote.

Since you’re here at E3, have you had a chance to take a look at Sonic 4 or Sonic Colors? If so, what were your impressions?

Yes, I’ve played them a bit. I’m happy to see that Sonic is still growing after my departure. All the people that worked under me are still continuing the legacy of Sonic, and I’m glad to see that as well.

Realize that next year Sonic will be 20 years old. I look at it this way: 20 years of age is old enough to go out on your own, not relying on your father anymore. In that way, it’s good to take a step back and see what Sonic does from now.