I’ve been playing a lot of games on my iPhone lately. I think we’re finally coming to the point where game makers are starting to realize that there’s a market for more gamer-focused titles, moving us beyond simple games and onto everything from retro ports to new IPs.

Namco is gearing up to bring bigger and better games to the iPhone and iPod Touch, and leading them in this movement is the new GM of Namco’s Apple Games division, Jonathan Kromrey. Kromrey previously worked at Apple on games for the iPhone and iPod Touch before coming to Namco. We had a chance to speak with him on what he has in store for iPhone/iPod Touch owning gamers, as well as how developers can take advantage of this popular platform for better gaming.

Read on for our interview.

Destructoid: There are quite a few ports of existing titles on the App Store now, with some of them also coming from Namco. Do you see the focus shifting to new IPs and more original titles?

Jonathan Kromrey: For the players, no matter what they’re looking for when they come to the App Store, they’re going to find something that meets all of their needs. There’s the traditional ‘hey I like Pac-Man, Dig Dug, Galaga Remix’ and anything they saw on the arcade side. We can tell them that they can look for our great games soon on the phone. There’s also a lot of innovation and ingenuity coming out on the App Store, and that’s something I’m really excited about — creating new games that capture new players to bring them into the Namco family.

Can you talk about anything new you have coming? Any new IPs?

We have two new IPs. One is going to be releasing at the end of this month, and we’ll have a press release coming soon about that. The other is basically an idea that we had. I had a developer that I used to work with in the past that became available. We have this great idea and we think it will make a great game. ‘Can you release it by late October?’ They said ‘sure.’

What access to you have to Namco Bandai’s properties? Do you look to use of those properties on the iPhone later?

Absolutely. We are doing some partnerships with our sister company, Namco Bandai Games America. We are looking at all possible crossovers between what they have on the console and what we can do on the iPhone to make that a viable addition to that IP. I can’t go into any details right now, but suffices to say, we have big plans for the future. 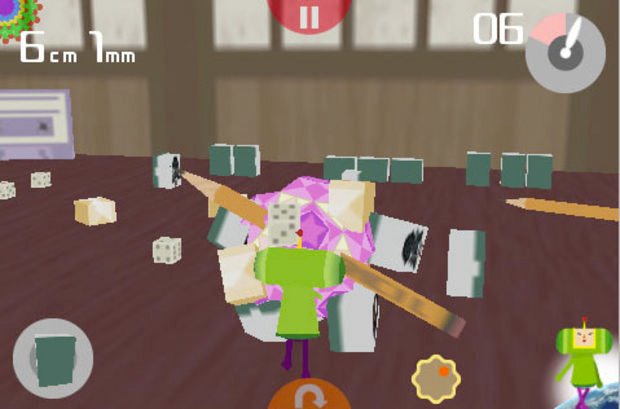 Katamari Damacy on the iPhone

That’s good to hear, as there are a lot of properties that could make a good transition. Role-playing games could be good for the iPhone because they’re less focused on timing and button presses. Have you looked down that avenue any?

Oh, absolutely. Actually, when I was at Namco Hometek back between 2000 and 2004, I helped with RPGs like Tales of Destiny and Xenosaga and a bunch of other ones. Before that, I was actually at SSI, which turned out to be a conglomerate. I was working with Wizards of the Coast on their Dungeons and Dragons license. You’re speaking to a very passionate historically favorable RPG player, who does pen and paper and paints miniatures and things like that.

So yes, definitely. I love RPGs. I’m thinking of a license to pick up right now on that.

On iPhone price points, we see titles priced at $0.99 rise to the top, while games that could potentially be better are lost in the shuffle. Do you see this, and are you thinking about this when you price Namco’s titles?

We’re definitely seeing that. We think the $0.99 price shows how hungry players are for great little games that fill that small satisfying availability for them to play it while they’re waiting in line for the bus or train, or standing in line at the grocery market, or just kicking back after work. There’s something very satisfying to have something fill that space.

I think the reason the games are getting lost is because those games don’t have the same quality or the satisfaction that those little games have. What the challenge is for us is to make sure that games hold that price point that continues to sell week after week. We basically need to bring that quality and game play to justify that price point. If we justify that, I think the players will be happy. Then we can claim that price.

This requires us to have a very full feature set with the latest and greatest, either for OS 3.0 features, like VOIP, peer-to-peer, multiplayer. But also other things, like Facebook Connect. I was talking to Facebook a couple of weeks ago, and from that discussion I got really passionate about adding that into all of our new apps, but also updating our old apps as well so that players have that visibility to their other friends.

I think that depth of gameplay and connection to other players is critical for games succeeding in the future. When we do stuff on the App Store, making sure that we tap every type of need of gamers that are coming to that, be they casual or hardcore or actually new. We want to make sure that we have games that have price points that appeal to those, and content that justifies that.

We have a $0.99 app. I expect that to be an hour’s worth of gameplay. If we have a $3.99 or $4.99 app, then that’s three or four hours of gameplay, with unlockable content and microtransactions, more characters and levels and those types of things. And then the $9.99 price point  or close to that would be our AAA franchise with full features and new levels and basically the whole enchilada. 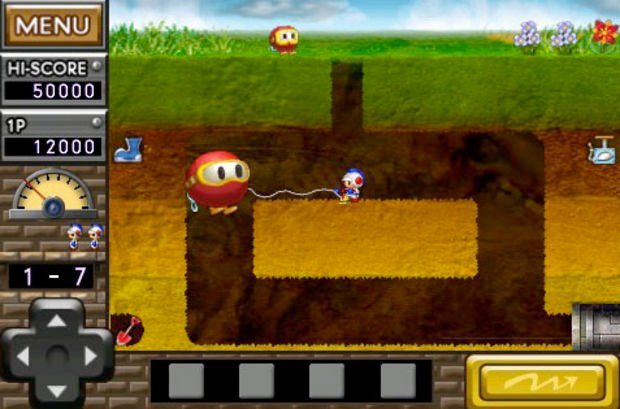 The balance right now leans toward most offerings being in the arcade category. There’s not nearly as much for the more serious gamer. What do you think it will take for the device and its offerings to appeal to this type of gamer?

I think a lot of the arcade games need to capture attention and be easy to play. They need to be satisfying for that quick burst, but also deep enough to extend to longer play value. I can tell you honestly that I’ve been playing Puzzle Quest, and my wife has been playing Puzzle Quest. We’re playing it so much that we’re dreaming of the game while we’re sleeping. It’s that kind of gameplay that I want to invoke and get into all of our players’ minds. That’s what I’m driving our teams to achieve. If it doesn’t come up with that, then it’s falling short of the value that I think our players are expecting.

We need to come with a variety that will fit all those needs, for that short, medium, and long-term depth of gameplay.

Can you give us any kind of preview of what is coming up from Namco Networks for the iPhone?

We’ve got five games coming out this month. I think it’s safe to say that in some ways we’re breaking the mold and we’re doing things that people wouldn’t traditionally see as a Namco title. I welcome that. We want to re-invigorate people’s interest in us and our franchises. I can’t go into details but they’re going to be very varied and voluminous.