When the Entertainment Software Association announced that the glitz and glamor of the Electronic Entertainment Expo would be stripped in favor a more intimate “invite only” affair, reactions were mixed. While some were in favor of smaller, more low-key event, others were terrified of the implications.

Where would they see scantily clad women dressed up like their favorite Dead or Alive characters? Who would they have to hand them key chains for games that may never see the light of day? And how were they expected to sneak into the show if simply starting their own videogame blog wasn’t enough to get them invited?

Earlier this year, IDG World Expo chimed in with their response: The ESA endorsed Entertainment for All expo, a three-day open-to-the-public event to take place on the ruins of the former E3, the Los Angeles Convention Center. No longer limited to videogame developers, retailers, and the media, E For All is an opportunity many gamers have waited for.

During my recent phone conversation with Rauch, she repeats this mantra on more than one occasion. And while she knows there are always going to be bumps in the road when it comes to launching a newborn event of this scale, she’s confident that this first event should have enough

“E For All is going to be a great opportunity for gamers from casual to hardcore to come and see some of the latest and hottest products from some of the industries leading companies,” she tells me. “In addition, there are a lot of special events going on including the Major League Gaming tournament, the Video Games Live concert, [the] Game Developers Conference seminar, and a whole bunch of other things. So it’s going to be a great opportunity for all kinds of people and all kinds of consumers to see the latest products, and the latest trends in games.”

OK, so what she’s saying is that we’re going to have to look elsewhere for swimsuit models handing out candy? Flashing lights? Bears dressed like nurses jumping through flaming hoops to promote Silent Hill: Origins? 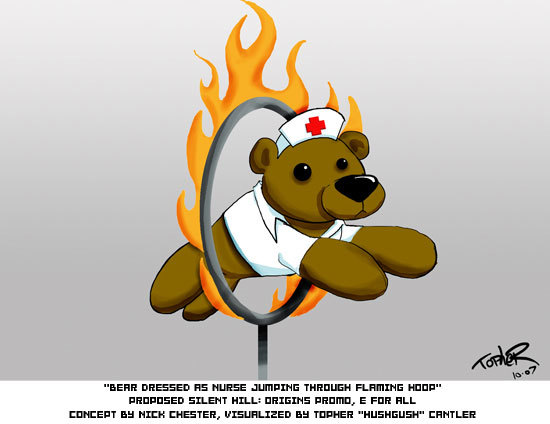 “That’s not what we’re going for at all,” she says. “I’m sure there will be some elements of that, but it won’t be even close to what E3 was. It’s not going to be huge booths — there are limits on booth size. There’s not going to be publishers pouring millions of dollars into their displays. It’s going to be about publishers putting the games out there for gamers to test drive in as a direct way as possible. It’s going to have a very different look and feel.”

A focus on games: multiplayer events, a gamers social lounge, the Video Games Live concert, the Into the Pixel art exhibit — IDG has attempted to make this first show (yes, the first — more on that later) as well-rounded and appealing to gamers as possible.

“The difference in this show,” she says, trying to define E For All’s place amongst other expos, “is just not the focus on games, but the fact that there will be something for everyone interested in games. From the most casual to the most hardcore gamer to someone who just happens to be interested in music in games, or getting into the industry, there really is something for everyone.”

But if there’s something for everyone, why have some gamers (and some of the media) been so hesitant to embrace what should be an event tailor-made for them and their interests? Rauch addresses the negativity by pointing out that it’s only a few Web sites drinking good old-fashioned “Haterade.”And like a video of a monkey wearing drag, while driving a race car into a pile of elephant manure, it just seems to be making the rounds on the Internet.

“We don’t know of they have a personal agenda that we don’t know about, but we’re trying not to play the game on that field of negativity,” she says of the negative coverage.

“We think that there’s plenty of room in this field for multiple shows,” she continues, “and we think that those who give E For All a chance, instead of being negative about it, are going to have a great time at the event. But we have an incredible amount of support from some other news outlets, and a lot of consumers. We think it’s going to be a great event, regardless of what those one or two media outlets say.” 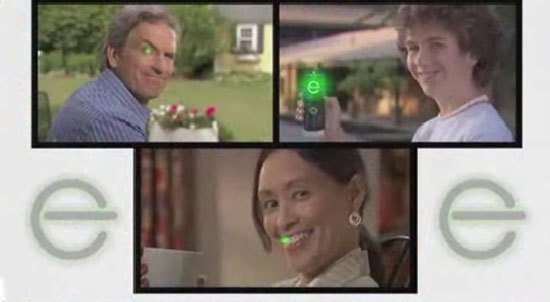 Eyebrows were certainly raised in the direction of the event more recently, when word that some of the industries heaviest hitters — Microsoft and Sony among them — had opted not to participate in the event. Some took this to mean failure before launch, a sure sign that the show was doomed from the start. But this shouldn’t be a problem, says Rauch.

The great apples in this case are companies like Nintendo, Electronic Arts, 2K Games, and more, all of which have signed on in support of the event. These companies “represent about 50% of all the games sold in the US last year,” she points out to me. As for those companies who have decided to not to have a presence at this year’s show, Rauch won’t talk specific reasons, but says that there’s always going to be that “wait and see” with launch shows like this year’s E For All. And hey, they can always participate next year.

“We’re definitely on for LA next year, no question about that,” she confirms. “I think we want to get through this show first, and then make plans for the future after that. But we’re definitely committed to doing this again in 2008 and in the year’s beyond.”

Over the past week, it seems I can’t open my e-mail Inbox without being flooded by E For All related event and product announcements. But despite my pushing, Rauch is hesitant to reveal any big news.

“If I told you, I’d have to kill you,” she jokes. “I’d have to leave that to the exhibors to make those announcements on their own. I know they wouldn’t appreciate it if I blew their news.”

So there’s going to be news, eh?

“Yeah, definitely. I believe there will be.”

While it’s unlikely that news will be that bears dressed like nurses will jump through flaming hoops, the focus on games should keep us entertained when Destructoid hits the show floor. Rauch agrees.

“E3 had a lot of glitz and glamor, but I think the elements that are added to E For All really add a lot of excitement, while keeping the show floor focused on games. I’m just excited to see how it all comes together.”

E For All for all takes place October 18 through October 21 at the Los Angeles Convention Center.