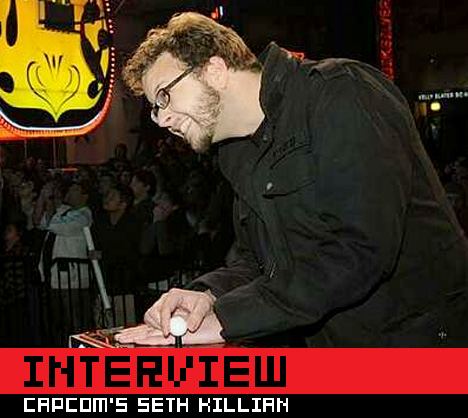 I apologize upfront for this post’s less-than-stellar title. We already did a post called Destructoid interview: Capcom’s Seth Killian a few months ago, so I had to come up with something to set this one apart, even if that means applying a Rappin Rodney-quality rhyme to the action.

Capcom is such a dynamic company — so constant with new releases, announcements, and controversial games that despite that fact that we heard from Seth not that long ago, I still had plenty of new stuff to ask him. The guy didn’t have a ton of time, but I did get a chance to ask him about his take on the press’s reaction to Dead Rising: Chop Till You Drop, Resident Evil 5, the potential of more sprite-based Street Fighter and Bionic Commando games, and a few other Capcom-related “nuggets.”

Hit the jump for the full interview.

Destructoid:
A while back you said that there was one last secret in Mega Man 9 that no one had discovered yet. Since then, has anyone discovered it? Either way, can you tell us what it is?

Seth Killian, Capcom’s Community Manager:
So far as I know, nobody has discovered it. While it is a secret, I think the word “secret” has people hoping for too much, so for that I should apologize. It’s perhaps more of an “amusing nugget”? At any rate, I knew this one would take a long time to discover, but I’m also completely confident someone WILL discover it. I’m not spilling the beans yet, however—I miss the days when discovering everything about a game meant more than just reading an FAQ online.

While on the topic of Mega Man 9 secrets, Capcom has been pretty secretive about how well the game sold. Is there anything you can tell us about how successful the game was, like which console the game sold best on, and if it meet Capcom’s sales expectations?

We don’t discuss specific numbers, but we were definitely happy with the sales of Mega Man 9. I can tell you it was our best-selling title ever on WiiWare (also our only title there so far).

A while back, I heard that Capcom was looking very closely at the sales of Bionic Commando Rearmed, SSF2T HD Remix, and Mega Man 9 for direction on how to proceed with future download-only titles. Based on how those games have sold, what can we expect more of from Capcom: more 2.5D remakes, more hand-drawn remixes, more retro revivals, or all three?

We’re proud of those games not only from a sales perspective, but also from the often-overlooked fun perspective. If you look back at a lot of the games that got the most discussion last year, you’ll realize nobody’s actually playing them anymore, or they’re not fun at all once you’ve beaten them (some of them weren’t fun even before I beat them). I think those Capcom games are more fun than anything else out there, and they’re still fun when you go back to them later (obviously you can get years of fun from a good Street Fighter game). We don’t have anything ready for announcement right now, but any and all of those options are possible.

I was lucky enough to meet Simon Vicklund, producer of Bionic Commando Rearmed, at E3 ’08. As a huge fan of sprite-based artwork, I asked him right away if there was any potential for a future fully 2D, sprite-based Bionic Commando game. He said that he and his team at GRIN love making sprites and would be all over such a project. Any chance that could happen?

From a development perspective, you have a lot more flexibility and chance to expand when you use 3D models, and I think BCR really benefitted from that along the way. That said, I’m also a huge fan of OG sprite work, and a project like that would be pretty great. 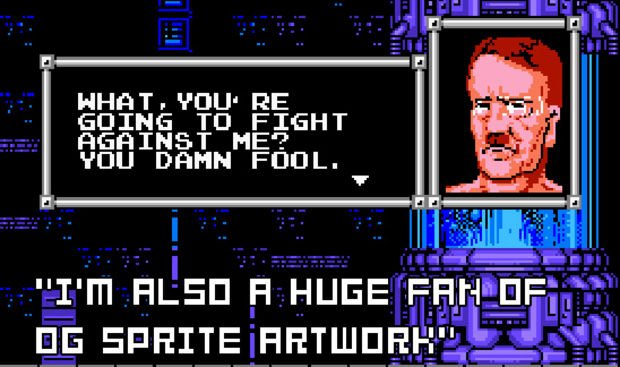 How about future sprite-based Street Fighter games? Is that a possibility, or do you think the series gone 3D for good?

Well we did just release SF HD Remix, right? I think it’s way too early to say sprites are dead at Capcom, although even as a sprite-based fan I’ve been really impressed with the 3D look of, say, Tatsunoko vs Capcom. Even using 3D models, I felt it captured a lot of that hand-made feeling as well as the personality and humor you see with sprites. Of course SFIV looks pretty incredible as well, so while I’d like to see some more spritely action, I like to think Capcom is pioneering a new kind of 3D modeling that captures the same kind of heart instead of just going for more shiny photorealism.

What do you think the chances are of a retail-based Street Fighter IV Super/Championship/Hyper/2nd Impact/3rd Strike/Alpha/Upper/Max Edition ever coming out?

I hope the success of SFIV means fans will get more Street Fighter in some form. Exactly what form that will take is still up for discussion, however. Retail, DLC, animated flipbook—the future is wide open.

Moving on to Resident Evil 5, what do you make of people saying the game isn’t “horror” anymore? Do you think that’s true? Is this new perception of the series something that Capcom is concerned about?

I think people should be less concerned with how the game fits into genre buzzwords and more concerned that RE5 is awesome. “Horror” can mean a lot of things—certainly more than just another space monster hiding in that shadow at the end of the hall (although RE5 certainly has its share of “ZOMG Zombie Cop through the Wall!” moments). I think when you look at the majini hordes in the context of the overall story (the collapse of civilization, surrounding hopelessness, mass infections, etc.), the feeling is horrific in a much more profound way than just cheap thrills, and the story really imbues the whole experience with real drama. Resident Evil invented “Survival Horror” as a genre, so hopefully fans will give us enough credit to be able to expand on the formula a bit and go some exciting new places.

RE5 news has been everywhere lately, to the point where a lot of people feel like they know all there is to know about the game, despite the fact that it hasn’t even been released yet. Is there anything you can tell us right now about RE5 that we don’t already know?

There’s nothing I can tell you right now, but there are definitely things you don’t know.

While we’re on the topic of Capcom titles in the press, Dead Rising: Chop Till You Drop was more or less murdered by gaming press long before it was ever released. Why do you think that happened, and in hindsight, what could have been done to prevent it?

I blame hilariousness. The internet can’t resist a good joke (or a bad one). Neither can I, but I think a lot of people decided to stick with the jokes and just try cheap shots instead of actually trying the game, which was lame. The comparison was also our fault in some ways with the name and the setting of DR Wii—it seems like we’re inviting the comparison, but I think if you actually take time to try the game on the Wii on its own terms and look at it with fresh eyes, there’s a lot to love. There are things happening on the Wii that aren’t happening on the 360 (and vice versa), and there are a lot of people that never tried DR on 360—they’re having a lot of fun with DR Wii. Without sounding suck-up-ish, I think Dtoid’s review of the game was honestly the best one I read. You had your issues with the game, but you guys actually took the time to think about “is this game actually fun?” That gets overlooked a lot, but really, as a game fan, what else do you want to know? 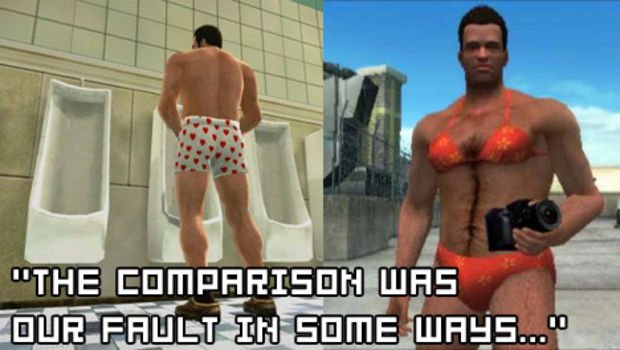 Do you think Capcom is going to be looking at DR:CTYD‘s sales closely in considering the future of “M”-rated action titles on the Wii, or do you think that game stands far enough outside the scope of a “normal” release (being a total overhaul of a moderately successful 360 game), that it won’t affect Capcom’s confidence in the Wii as hardcore platform either way?

Correct—I don’t think CTYD will determine things one way or the other.

Rumor has it that an announcement of a remake of Resident Evil: Code Veronica, a Resident Evil 2, or a game adaptation of Resident Evil: Degeneration is planned for the RE5 premiere event on March 12th. Can you confirm or deny any of these rumors? If not, can you toss us a hint about where the RE series may be headed next?

The next Resident Evil will be heading inside of a progenitor-virus infected Deli. Or maybe it’s just lunchtime and I’m hungry. At any rate, we can’t comment on rumors, but as advertised, we will be making some interesting RE announcements soon.

Thanks for your time, Seth!