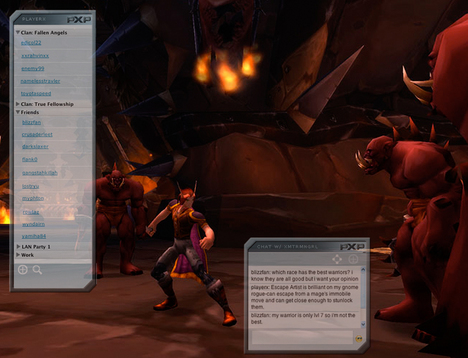 Chances are you’ve never heard of PLAYXPERT. In fact, I’m willing to bet 99.99% of you never have. So why are we running an interview with the CEO of PLAYXPERT, Charles Manning? Because if you play World of Warcraft or any other online-based PC game, you’ll want to know all about this program.

Before you hit the jump and check out the interview, here’s an explanation of why you should care:

Our team of software and gaming developers are passionate about building the most significant in-game toolset available for MMO gamers. Tools that, once you game with them, you won’t want to game without them. Imagine having the freedom to do more while staying in-game; the access to play like an expert even in unknown territory, and the power to organize and maintain the complex social fabric of your gaming community, all while staying in game. 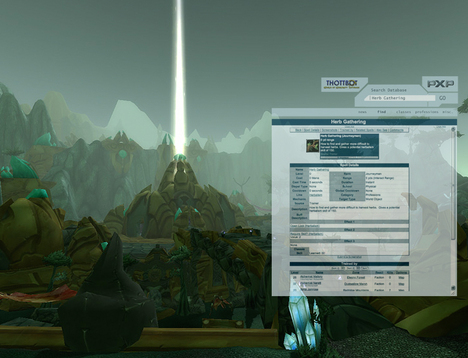 DESTRUCTOID: I admit, I’ve never heard of PLAYXPERT before. Can you kind of break down what it’s all about?

Charles Manning: What we’re doing is we built this in-game community management tool set. It allows gamers to do things they already do, but in the games. We’re streamlining the toolsets and facilitating the community. Basically, we’re making it so players can avoid the alt tab. Gamers have to deal with a variety of tools, blogs, forums, clan sites and we’re here to help with that.

DESTRUCTOID: So what is it exactly?

Charles Manning: We built this overlay technology with a widget architecture, that has a community-generated mechanism.

DESTRUCTOID: Does this overlay slow things down at all? If not, how did you solve that issue?

Charles Manning: We wanted to take the engineering problem and hit it head on. With other overlays, they often limit the approach. They can conflict with things like Punkbuster and frame rates. What we did was we went about 1,000 layers deeper and are working with Direct X directly. Lag or slowdown isn’t noticeable at all because of this. And, the program can work on almost every PC-based game out there. We don’t support Direct X 7, just 8, 9 and 10. 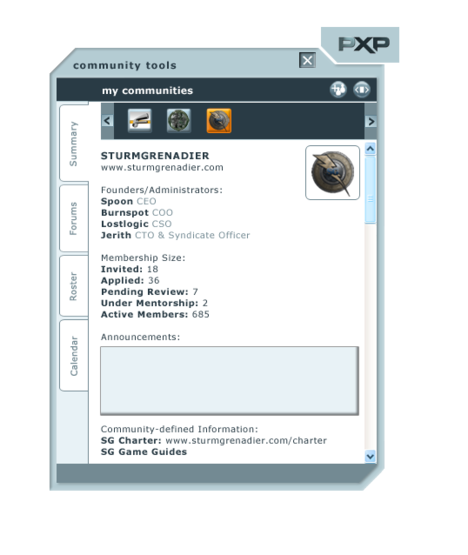 DESTRUCTOID: How can someone get this software?

Charles Manning: We had a series of small test cases and had an invitation-only closed beta group. The only people that have seen it before are what we call inner circle members. Right now it’s only available online to those people. But, once you’re in the inner circle, you can invite someone else in.

DESTRUCTOID: Is this thing free or do I have to sell my car for it?

Charles Manning: It’s free, but there are two different models: You have free product download and use that is subsidized by advertising but you can also have a premium package solution where you can buy specific features or widgets.

DESTRUCTOID: How much is this premium service and why should I pay for it?

Charles Manning: Premium is $2 per month with a 12-month commitment. What you’re getting is a full set of clan management tools. You get a fully-integrated community widget that allows you to link in your clan forum or you can use our clan forum system. You can even have a delegated or federated forum, full scheduling system so you can plan raids, etc., and do attendance tracking. We are charging for one or two of the widgets, but the overall platform is free. 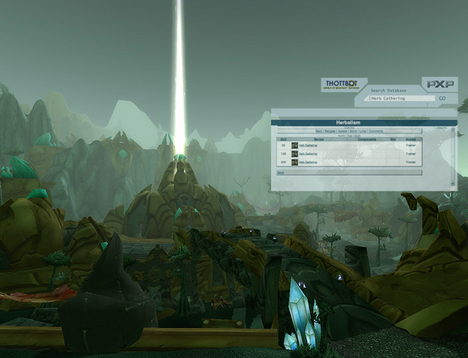 DESTRUCTOID: This thing seems perfectly built for World of Warcraft. Have you all worked with Blizzard at all in developing this?

Charles Manning: We haven’t been very involved with Blizzard. We look forward to working with them and plan on reaching out to them, but technically we are not really a mod in that traditional sense. The value of that is that technically there’s no reason why we need to have approval from Blizzard to be doing what we’re doing. We are a separate program, but we see a lot of opportunity to partner with publishers. we even want to think about widgets that can ship with a particular game itself.

DESTRUCTOID: Anything specific in the works?

Charles Manning: We’re talking to a handful of publishers and one of the things they like is that they can unbind these community features from the game. You can slap on a community set and not have to impact developers, which could lead to less delays.

DESTRUCTOID: Is this PC only for now? No Mac love?

Charles Manning: It’s PC only. We are looking at crossing the platform at some point, but we’re just doing some basic research.

DESTRUCTOID: What about Vista?

Charles Manning: The program works with Vista as well. We’ve had Vista in house since the end of summer and have been doing testing and refreshing each time. The exciting thing is that it works with Direct X 10.

DESTRUCTOID: Since the program is basically invite-only right now, when do you plan on opening up to the public?

Charles Manning: We may open it up by the summer.

[Editor’s note: If you want or need an invite to join, then please e-mail me at [email protected] I have a few invites left to give out]

Filed under... #Geek Essentials#Interview#World of Warcraft