The Mafia: I don’t know about you, but I never get sick of this subject. Whether it be movies like Goodfellas or Donnie Brasco or games like Godfather and Grand Theft Auto, I just love Mafia-related content. Maybe it’s the guy in me, but I can’t help it.

The latest addition to the organized-crime genre is the third-person shooter Made Man, an Acclaim leftover that has finally been released for the PlayStation 2 and PC. Recently, I spoke with the writer of Made Man, David Fisher, who also happens to be an expert in all things dealing with the Mob. Oh yeah, he’s also a New York Times best-selling author. Check out the full interview after the jump. 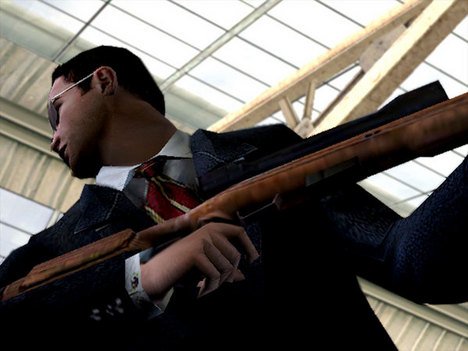 DESTRUCTOID: What exactly was your involvement in creating this game?

David Fisher: I created the story and characters and worked with them to figure out the levels and action within the levels. I worked on everything from the look of characters, etc. I did have tremendous involvement.

DESTRUCTOID: Have you worked on any games before?

David Fisher: It’s the first time I’ve worked on a video game. I have two teenage sons, so that was exciting for me.

DESTRUCTOID: Since you’ve mostly been involved with writing books in the past, how is working on a video game that much different?

David Fisher: Everything is different. I think the mistake that many people make is thinking that video games are an extension of any other media. It is unique. There is nothing like it. I think it’s still very much in the embryonic stage and will develop a lot more. I had to learn what the rules of this universe are.

The first thing I had to learn is that players want to play. They’re not real interested in sitting and watching. You’re in a situation where you want to tell a story and you almost have no time to do it. So, we came up with having a voice over that goes over the action that I think helps a lot.

DESTRUCTOID: What do you mean by the video game industry being in the embryonic stage?

David Fisher: I mean that much like where television started, they tried to make it movies or radio at home. What people haven’t understood yet about video games is what its real potential is. I still think the technology is very new and is going to change very drastically. Things we’re not capable of doing now, we’re going to do soon. 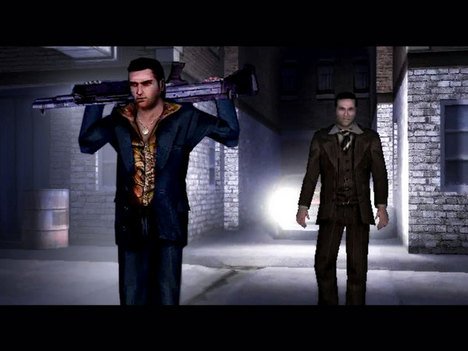 DESTRUCTOID: As an author, how do you see the state of writing or scripts in video games?

David Fisher: Writing in video games almost doesn’t exist. There is very little characterization in first person shooter games. Very little story and I think that emotional content would add a tremenous amount to these games. I think there ought to be more of a penalty if your character dies, for instance. Right now, eventually you’re going to win and if your character happens to get shot, you just keep going. More penalty would force you to make better decisions.

DESTRUCTOID: What sets Made Man apart from other mob-oriented games?

David Fisher: What we did was we look at what it takes to be successful in organized crime and tried to add a level where each of those steps happens just as it does in real life.

Some technical stuff is different. You can move from cover to cover. What I tried to do is add a story and a mystery. We tried to create characters and in a sense a believable experience. One of the things I had to learn was what was possible and what was not possible. For example, in real life there isn’t a tremendous amount of violence.

But in a shooter, you need a lot and that’s the liberty that you take. One thing we do have is mystery and it goes all the way to the end. We have a wide range of environments from Vietnam to Madison Square Garden.

DESTRUCTOID: And the story?

David Fisher: There is a story, and it’s a very broad story. The idea is that it all takes place on one day and our character is on his way to get made. We don’t know if he’ll get made or whacked. The whole game looks at where he started and how he got to where he is. 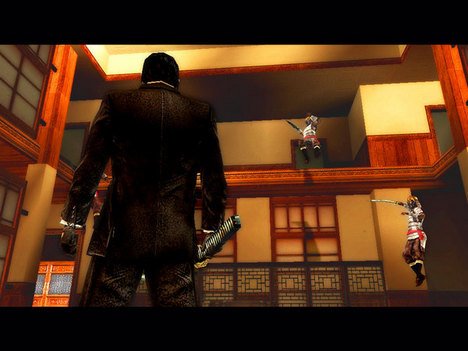 DESTRUCTOID: What is your background and how did you get involved with working on a video game?

David Fisher: I’ve been a professional writer for about 25 years and had 15 New York Times bestsellers. The phone rang one day and it was Acclaim that was doing this and they wanted to do the most realistic Mafia game created and wanted me to do it.

Around 2003, Acclaim started it, the game got about half done and Acclaim went bankrupt. The game then got bought by a company in Scotland, Fund4Games, and now it’s out.

DESTRUCTOID: After this experience, would you want to work on more games in the future?

David Fisher: I’d love to work on another video game. Made Man is set up to be a trilogy, that’s the way we originally constructed it. I hope the phone rings and someone says we’ve liked what you’ve done.

DESTRUCTOID: How did you originally get started writing Mafia-related books?

David Fisher: One day my agent called and said his client was a Mafia hitman and asked if I’d be interested in working with him. So, we worked together on that. I’m the only writer given access to the FBI crime lab. I have done lots of writing about organized crime. 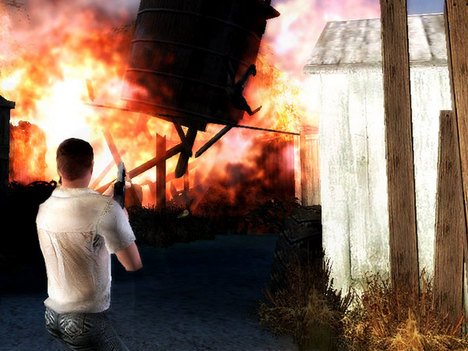 very much. I enjoyed E3. As the economics and other things shake out, it’s going to get very exciting and I hope I can do a lot more.

DESTRUCTOID: So do you play video games yourself?

David Fisher: I do play games, but I’m not very good. I’m not a regular player, but I do play. We [my kids and I] play basketball or Madden and several shooters when I was learning to do this. I play a variety of things. I played all the GTA games.

DESTRUCTOID: What would you compare Made Man to?

David Fisher:  It’s got a lot of things in it. I think it’s important to point out that it’s a $20 game and that makes a big difference. At $20, I think it’s really a good game and I’m being totally honest. We didn’t have all the economics we needed after Acclaim when out of business. But overall, I’m thrilled with how it turned out.

I think it has elements of Grand Theft Auto, except you can’t drive a car. There’s lots of shooter opportunities in different environments. It’s not the same as everything, it’s its own game. We have real bad guys and guys that you know are bad guys and are enemies throughout the whole game. 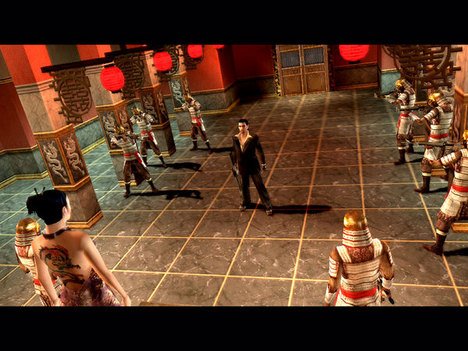 DESTRUCTOID: I assume you got most of your inspiration from your work with various bad guys?

David Fisher: I based everything off history and knowledge of crime families. My guy, Joey Black, was Jewish so he wasn’t a member of a family. But, I got to know members of other families, but nothing in particular. The whole game is based on reality.

DESTRUCTOID: Why should someone pick up Made Man?

David Fisher: I think as a $20 game it’s a can’t miss. I think you’ll get a lot of enjoyment out of it. My sons have played the game more than once because there are different levels and environments that are fun to go back to.

*To learn more about Made Man, then visit the official Web site here.