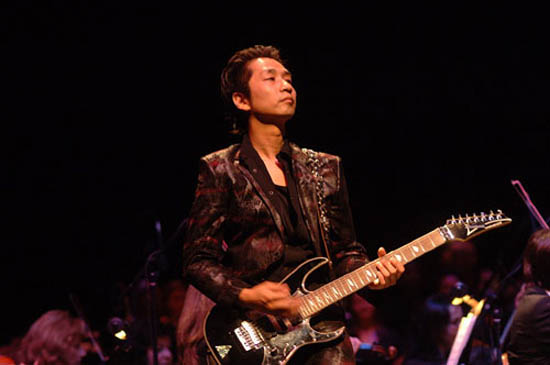 If you’ve ever played any Konami’s Silent Hill series of games or have even heard a bit of their soundtracks, then you might expect that series director and composer Akira Yamaoka to be some strange, scary, and maybe even demented person. That’s why I was pleased to find out that he was quite the opposite during our interview session at this year’s E for All Expo.

Yamaoka took time out from signing autographs and meeting American fans to talk to Destructoid about Silent Hill’s music, his involvement with the upcoming new games, a naughty brand slip-up, and even a bit about hot Silent Hill movie nurses.

Hit the jump to read our interview with Akira Yamaoka.

Destructoid: We know that a couple of new projects, Silent Hill 5 and Silent Hill Origins, are on their way, and we are looking forward to those titles. Please tell us about your involvement in these projects beyond the musical duties.

Yamaoka: Because I composed the music for past Silent Hill series games, I’m responsible for all songs having that “Silent Hill feeling.” As you might know, Silent Hill 5 and Silent Hill origins are being developed in the United States. My main job is to oversee these projects, and make sure they’re Silent Hill material.

You originally insisted that you’re the only person who could make Silent Hill’s music and sound. We agree, but do you ever see yourself handing over the duties, or is that always going to be your thing?

Well… umm….how do I say this? [Yamaoka ponders for awhile] That might happen if Silent Hill [pause] “changes.” That is the time when I would consider it. [laughs]

How do you feel that creating the Silent Hill soundtrack over the last decade has changed you as a musician?

When I started working in game music, I had an idea, and I wanted to break the old school game music sound. I wanted to make something new musically. At the time, the ideas I expressed were actually Silent Hill ideas, and working on the game gave me a chance to demonstrate what I had been thinking about video game music, letting me do something past the very similar game music concepts of the past.

I didn’t expect to be an artist beyond game music. Now it’s really great to know that Silent Hill fans worldwide, as well as those that have heard the soundtracks, think of me as an artist. I did not expect this, but it’s really, really great.

What do you think about the live performance of your music in video game concerts like PLAY! or something like Video Games Live? We know that you performed Silent Hill 2’s “Theme of Laura” at PLAY! in Stockholm and Chicago. Do you think you’ll be performing at more events like this in America?

We want you to, too.

I aim to do something similar to “Tender Sugar,” and would like to do more like that in the future. That song came from me when I tried to write something “heavy.”

If you had to pick any Silent Hill enemy to be your personal bodyguard, who would you pick? Oh, and you can’t pick Pyramid Head.

[laughter] Hmm. This might be a little pervy, but the Nurse… but from the Silent Hill movie!

I’d rather have the movie ones, too.

Lastly, do you have any plans to score any games outside of the Silent Hill world any time soon?

I will be. I can’t give you details now.

I figured as much, but I wanted to try anyway.

Those that like and know my music will be able to pick this out once they play or hear the game. You’ll definitely be able to tell it’s me.

Thanks to Mr. Yamaoka and Konami for this interview.