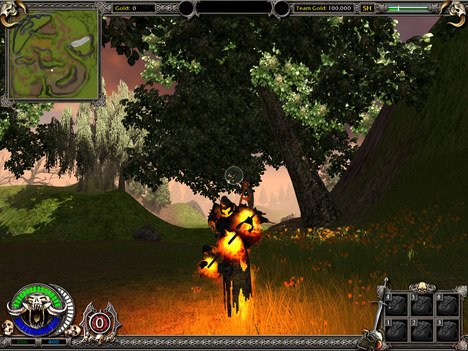 Today I spoke with Marc DeForrest, co-founder and lead designer of Savage 2: A Tortured Soul, to find out not only about this online PC game, but also talk about some ins and outs to being an independent game developer.

Marc shared with me his thoughts on developing an ambitious hybrid game, the state of PC gaming, and just what went wrong with the original Savage title. Check the jump for the full interview. 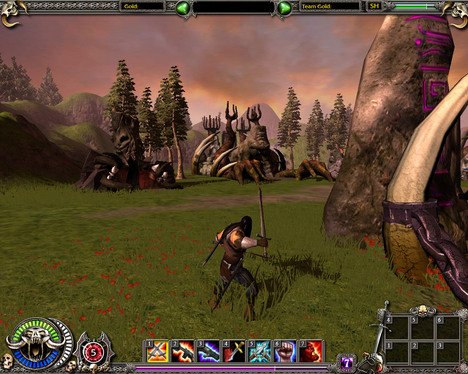 DESTRUCTOID: You’ve admitted there were major issues with Savage: A Battle for Newerth. What exactly went wrong and how did a sequel come about after it?

Marc DeForrest: We were working on an action RPG after Savage was released, for about a year, and came to the conclusion that if we can’t truly compete in the market with that, then why follow through with the product. Based on the foundation of Savage, fixing all the problems and making it better would make more sense for us when competiting with higher-budget companies.

DESTRUCTOID: So what exactly happened?

Marc DeForrest: We just quit development of that game and we used some of the assets and engine development for Savage 2. I wouldn’t call it a lack of financing. We like to be a small independant developer. For us, it’s the passion of a small, family-oriented team that puts their sweat and blood into the game. We felt we couldn’t make a game in the action/RPG genre that we could compete with. 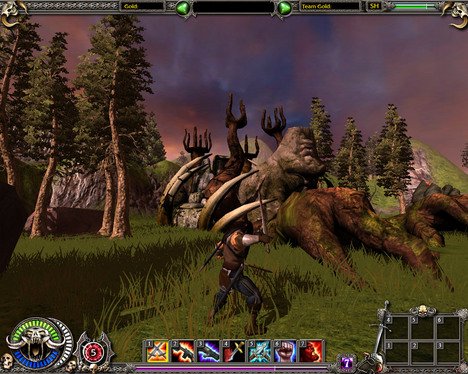 DESTRUCTOID: What sort of issues in Savage did you want to address?

Marc DeForrest: First and foremost would be the interface. Savage is a unique concept, so that makes it difficult at times for new users to pick it up and play it. In Savage we did not have a proper interface.

DESTRUCTOID: What kind of community feedback did you get from original and Savage 2?

Marc DeForrest: The feedback we deal with now is rabid Savage fans that don’t want us to change it. But the problem is that those were hardcore players that could get over the difficulty of the first game. The original had a complex learning curve, a lot of rough edges, and just core render and game code optimizations. If you get a bad commander, it was difficult to achieve victory, so we shifted some of the role to be more tactical instead of strategic. They tell the team more of what to do and where to go. 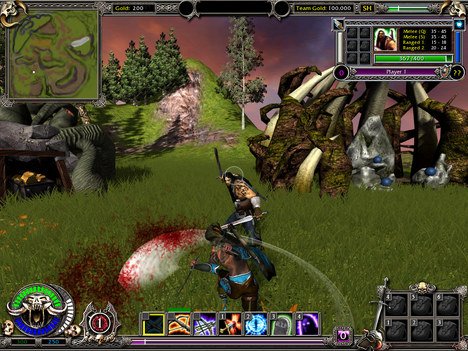 DESTRUCTOID: For those unfamiliar, what exactly is Savage 2 and what can we expect with it?

Marc DeForrest: It’s an intense, highly-action oriented and competitive multiplayer game that doesn’t identify itself with one particular genre. It has a mix of RTS, RPG and FPS. We took pieces from all those games and made what we thought would be the perfect formula for what a video game should be.

DESTRUCTOID: The game is completely online? If so, what sort of issues have or may crop up because of that.

Marc DeForrest: It’s all online. We haven’t started beta testing, so it’s hard to say how many can be on at once. Our software allows up to 64 players on a server, but it’s optimal to have 20 on 20. It makes for a better game overall. As far as any other bottlenecks, we’re not aware of any issues. All of our systems are scalable and we have the ability to put more servers up if we get more players. 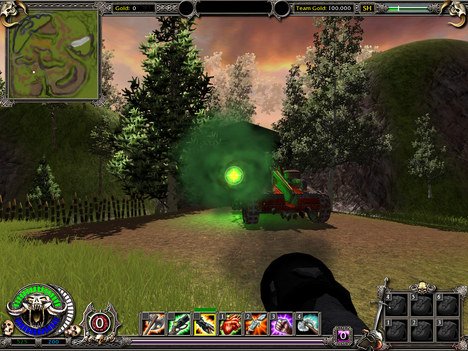 DESTRUCTOID: Will there be an open beta testing period?

Marc DeForrest: I don’t know if we’ll ever switch to an open public beta, but we should begin closed beta testing in about 4 to 5 weeks. It should be a short beta time though, so the majority of things we’re looking at are stress testing and balancing gameplay.

DESTRUCTOID: How complicated is it to develop a game like this? Is cheating a huge issue?

Marc DeForrest: As far as cheating, it’s not as much of an issue because of how we run things. We’ve had many in-depth discussions about cheating and we’re not concerned. One of the biggest challenges is dealing with the huge scope of the project. Play balancing wise, we got the humans vs humans nearly perfected, and we’re working more on the beast vs beast and beast vs human.

DESTRUCTOID: Is there a timetable for a final release?

Marc DeForrest: We’re self funded, so we don’t have a publisher breathing down our throats. We expected the game to come out around fall of last year, but we decided to take our time and make sure it was right. The goal was that we all needed to play as if we were a game reviewer. If we can achieve a satisfying end from that, then we can get something truly great. Game reviewers will pick apart your game more than the average gamer will. 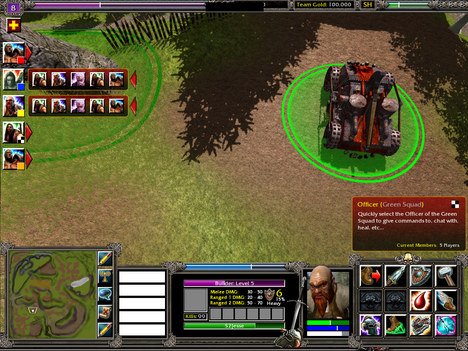 DESTRUCTOID: Do you see any direct competition out there for games that do something similar to what Savage 2 is trying to do?

Marc DeForrest: With Savage we had no competition. The game I watch closest now is Quake Wars because it’s an online-only team-based game. They have a lot of similarities to us, but our game mode has more of an epic feel to it. Being able to use advance spawn points, siege weapons, etc. Other than Quake Wars, there’s not really a whole lot else on the market that we consider competition.

DESTRUCTOID: How do you see the state of PC gaming right now vs the console? Is it as doom and gloom as some people make it out to be?

Marc DeForrest: PC gaming allows for a more in-depth game [than the console], because you have a keyboard and mouse. You can increase the complexity of the game. I prefer to play PC games. I consider the PC audience as a whole to be a more hardcore fanbase. And for those kind of people, I don’t know if you’ll ever switch them to a console.

I don’t know the overall state, but obviously there’s more than 8 million people willing to pay $15 a month for World of Warcraft. The market isn’t getting any smaller, despite what you read. They only track retail sales, so when you get to the point of purchasing PC games online, some people just aren’t reporting those sales. You got games like Diner Dash that sell 2 million strictly online, so it’s hard for me to say if it’s really in a decline.

DESTRUCTOID: Will Savage 2 be sold online only?

Marc DeForrest: Yes, we’re only selling Savage 2 online right now, through our site. We’re reviewing other avenues like Steam, but selling at a $29.99 price and having to share those sales, we haven’t made any formal decisions to go in any other direction.

When it’s done, you can download and distribute the Savage 2 files anytime and anywhere for free, but if you want to play online, then you have to pay for the game. This is something we’re doing for LAN parties and such. That way if you have a LAN party you can copy the files and spread it to everyone in the group who doesn’t have it. Once everybody copies the files over, everyone can play for free. 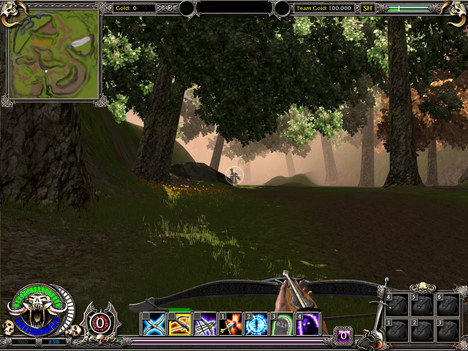 DESTRUCTOID: What added features can we expect with the game?

Marc DeForrest: You can save replays and even after matches online, the game will send a replay to our server so you can go back and search for other people’s replays and even comment and rate other replays. It’s something unique for clans and such.

The coolest thing about it is you can go to the ladder page and look at the top 25 players and see all their matches and click on those matches and watch them play. Basically, it will increase everybody’s ability to play.

Of course, there’s always an issue online with jerks, so one of the things we do is that you cannot change your nickname, ever. The other thing is that everything a player will say or do in the game is recorded. Knowing that it’s recorded, we feel that that will subconsciously change people’s attitudes. We also have a karma system that will allow players to rate each other and their experience with them.

Marc DeForrest: A lot of games offer this now, but what’s kind of neat is that you can create, manage and have a fully-customizable clan page through us. You can schedule clan matches, etc. Results are automatically reported back to us, so for tournament, league and ladders, it’s all fully automated through our system.

*For more information on Savage 2, please visit their site here.