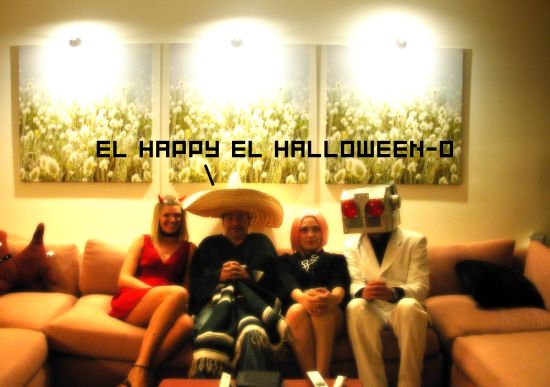 So how was everyones Halloween this year? Mine was pretty awesome. EA totally failed to plan a party but the night was salvaged and drunkeness was had. I dressed up as Ninjtendo again this year and yeah, I’m still trying to figure out what to do with him. Niero was of course Mr. Destructoid but he wasn’t the only one this year! Matt T, Tehuberone, Indigoinc and even Nick Chester’s son all dressed up as the magnificant robot as well.

Hit the jump and check out the gallery to see all the community members that dress up this year. Also, if you dressed up, whether it was a videogame character or not, then post it in the comments!

Chris Galloway AS The Spy.

Tristero AS a LOL Cat.

Jared made a Portal Pumpking

Retro Lab made a Kerrigan Pumpkin.

elpoopacabra AS a Star Wars enemy