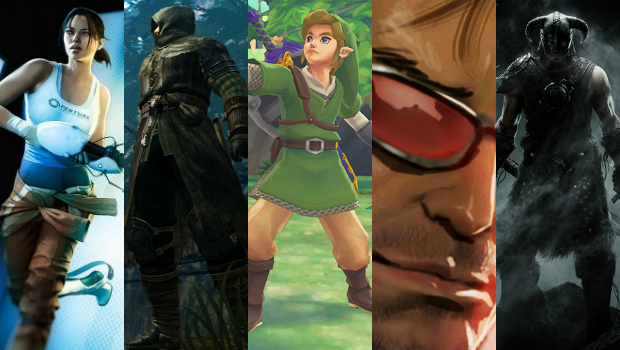 Last week we asked you, our wonderful community, to pick between all the stellar releases of 2011 and choose your very favorite. Today, we tally up the votes and announce the winner!

Out of almost 2,000 votes cast, the five games pictured above stood out as the clear front-runners. Dark Souls, The Elder Scrolls V: Skyrim, The Legend of Zelda: Skyward Sword, Portal 2 and Serious Sam 3: BFE together earned nearly three-fourths of your votes, ensuring their place amongst the greatest games of this generation. Congratulations to all the nominees!

After the dust settled, however, a clear winner emerged. Hit the jump and witness the unveiling of the Destructoid Game of the Year 2011 Community Choice Award! 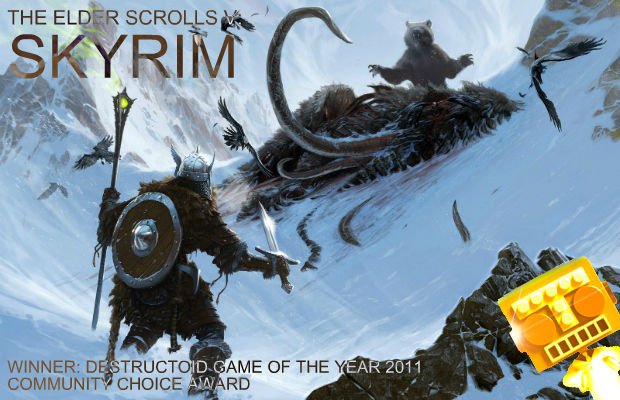 Garnering a quarter of your total votes, The Elder Scrolls V: Skyrim beat out its nearest competitor handily — and it’s no surprise! Our own Jim Sterling awarded it a flawless 10/10 in his glowing review, proclaiming that “The Elder Scrolls V: Skyrim is every single reason to love a Western role-playing game.” And Dtoid Show host Max Scoville had no qualms about sharing his adoration, saying that “Skyrim is the kind of game that makes me proud to be involved in the video game industry.” Amen, brothers!

Considering its gorgeous graphics, deep, rich, role-playing gameplay, refined controls, epic dragon battles and literally infinite replayability, it’s no wonder Skyrim has won over the hearts and minds of so many a gamer. I myself have only recently begun my first playthrough, but I can already tell it’s going to be everything its predecessors were… and then some!

Special thanks from the bottom of our hearts to all of you who participated by voting and sharing your voice in the comments sections. Regardless of how you personally voted, I think we can all agree that Bethesda deserves a hearty congratulations on their hard-earned achievement!

And with that, we conclude our first ever Game of the Year Community Choice Award! Stay tuned throughout the week for more exciting Game of the Year features, and don’t forget to check this space next Monday, when we reveal our official Destructoid Game of the Year 2011 as chosen by our editors!