Promoted from the Community Blogs

[Did you know we have forums? Most people gravitate immediately to the front page comments or cblogs but Orlion spares nothing in his dark view of one of Destructoid’s most enduring places of kinship. Remember to take everything here with a grain of salt because only a purifying circle will keep the dread demons at bay -Striderhoang] 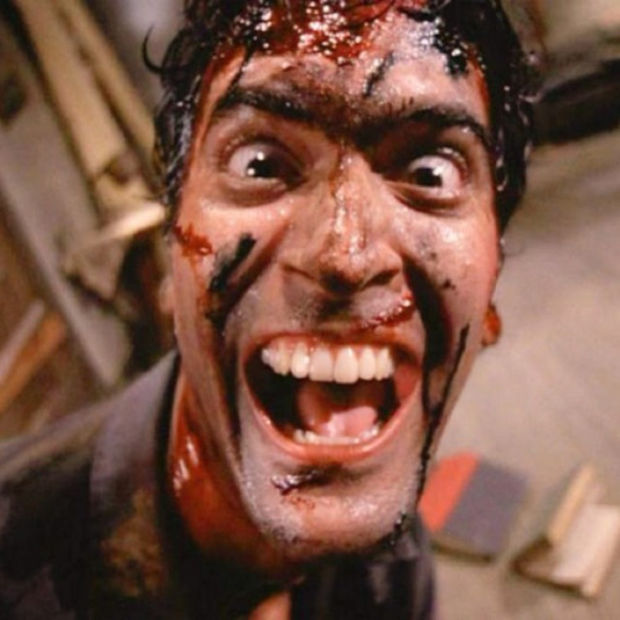 Allow me, as one who has made their abode within the darkness, to be your Virgil, dear Dante.

In addition to my descriptions, I have provided portals directly into the heart of things, inscribed here for your benefit with many an esoteric ritual I have gleaned over time.

Thus we shall begin my brief catalog of the forums, wherein I document but a few of the more prominent landmarks and events within. The forums are as loathsome and odious as you’ve heard. Give yourself to them, let its slick tendrils penetrate your flesh and assault your mind.

Prepare thyself for the descent, to have confirmed your every fear and trepidation!

Where the New Flesh is Warped

Those who are freshly arrived from the world above are directed to the slave pits, where they are assessed and prodded as cattle are. I found myself fortunate enough to be allowed further within, my supple young body being deemed worthwhile, but I learned too that many and more never make it past this point. They are engulfed by the slavering pit or thrown back to the world, minds shattered, madmen all.

They who rule and administrate that pitiless, cyclopean dungeon. Fresh from thine cage, one may not be made aware of the greatest and most terrible beings who rule the demesne, so I shall list them now. They are not as they were before my metamorphosis, having overthrown the prior overlord for something more akin to a council, and are as follows:

Opium, he who hoards the mendicants, embodying rigid order and Germanic fury; Panza, not a dolphin but a great defiler all the same, who warps the minds of his listeners with his hirsute and beastly consort; Nihil, the ebon djinn of violation and eldritch pacts; Bright, whose feline form’s flashing eyes induce convulsions; and Dixon, whose lustful, prehensile leviathan snakes out from within his rosy robes to probe the heart and mind.

But enough of the foul governors! Onto the locales.

The Entrance to the Warrens 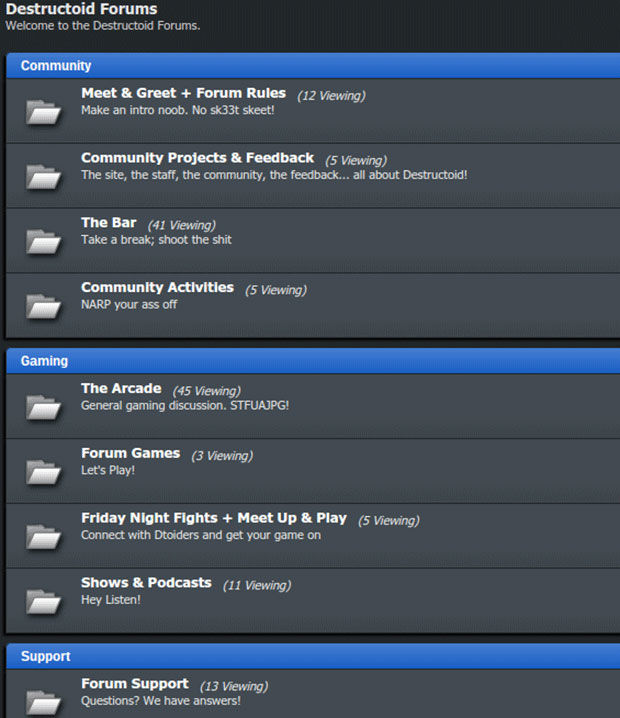 From the position above, one may make their way to any of the myriad halls raised by the supplicants, seeking discussion and worship of their chosen subject. Fresh from the pens where one is found worthy, it is easy to become lost. Wandering is the only option, and soon enough one will find a suitable assortment of congregations to satisfy their needs.

The Pub of Vile Liquors and Inured Client

The watering hole of demons and their kin, where sensibility is lost. The use of this den is so frequent and rough that the building is inevitably destroyed, only to be rebuilt by a new architect immediately after. A badge of honor is bestowed upon the architect of obliterated facilities, but we shall discuss such artifacts later.

Little and less need be said of this most wretched idolatry. 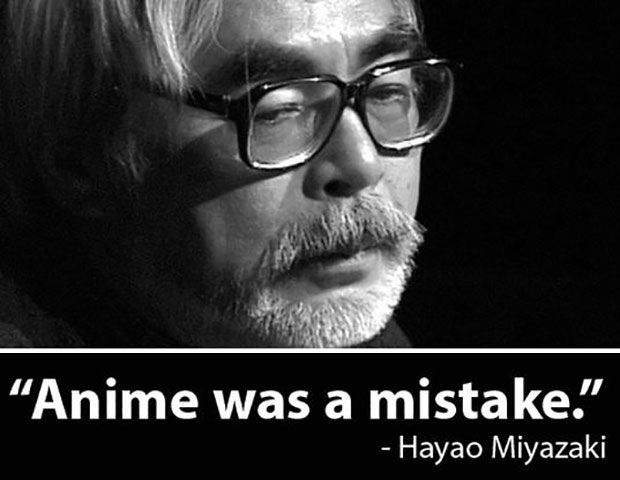 The Cinema of Iniquitous Emotion

There’s a place where the denizens discuss movies. MOVIES MOST FOUL.

The Mockery of Saint Nicholas

Near Yule, the denizens become frenzied, hooting like elephant seals and yowling as though in estrus. Instead of loud rutting followed by fervent mounting (which, to be fair, is something they do every day), they soon provide to a chosen elective the locations of their dwellings, and further, are given one anothers’ location so exchanges of gifts may be given. They then display their affections to each other in a monstrous mimicry of family. This is to deepen the bond between the once human creatures, whose hearts are still susceptible to even lesser acts of kindness, so they may decide to stay whereas they might rather flee.

Nothing makes sense here. Mad artists display the fruit of their labors alongside stolen works of every style imaginable. The gallery is long and seemingly endless, and one must be wary of becoming lost. 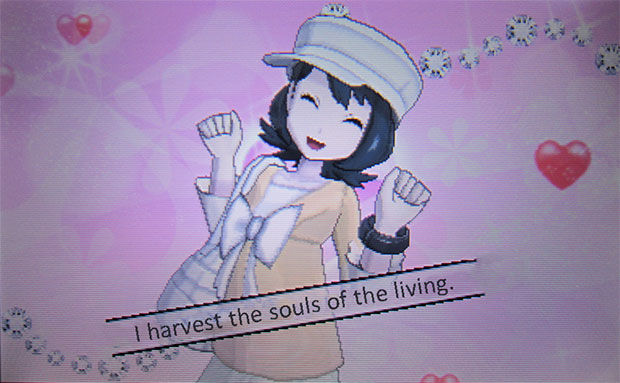 A cheerful admittance of deed most foul. I know who is responsible. 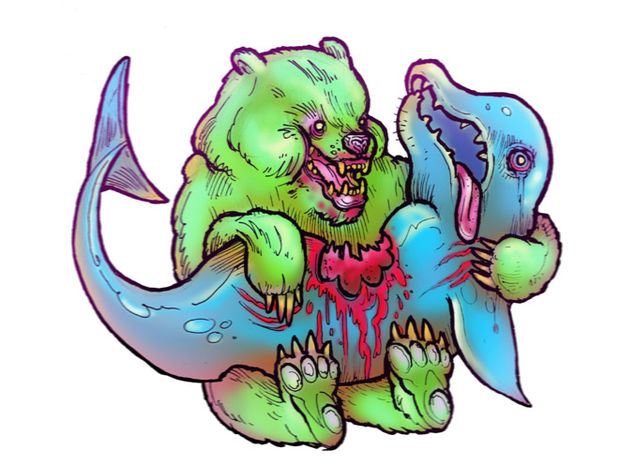 A prophetic painting of a Sin Lord’s fate by a famed madman.

The Gallery has a twin, as well. There the images move as if alive, disturbing to the eye and mind.

The Feeding Ground of Gluttons

Where food is tainted and made unpalatable to all but the twisted tongues of sybaritics.

Traverse the portal if you will, but I dare not for fear of bodily expulsions.

The Marks of Pernicious Acts

For the completion of horribleness the awarding of “badges” is commonplace. They are many and varied in depravity. From admiring one another’s horrid keratinous growth of the face, displays of the most appalling gluttony, showcasing the design of one’s hideous lair, self-congratulation on being above the common masses, or participation in insidious games, near every atrocity one can commit against common decency is rewarded. It is not uncommon for trickery to be employed in an attempt at acquisition, and spiteful rivalries are born here.

A perverse “game” played by resident liars and backstabbers wherein they are divided into two or more groups and proceed to murder one another over the course of several nights for their own enjoyment. Admittedly, it is most fun. The original playing field had been completely and utterly used, necessitating another.

I cannot lie, perhaps it is that corruption has seeped into my being. Suffused by the dark, I do not wish to see otherwise. The light holds no more attraction for me than a passing fancy, or a quick glance upon an errant whim. The beings here are vile to be sure, but they care for their own, that much I can assure you.

It is not for all, that is clear. But for those who may wish to make that place their home, there are rewards, to be certain. One cannot be truly freed from that place, which takes a part of you as its essential fabric. Then again, mayhap you would not wish to be free? Of course, that is for you to discover yourself.

I am but a humble guide. If thou art willing and brave, prithee, by all means, offer yourself to the deeps and see if you cannot become greater for it. 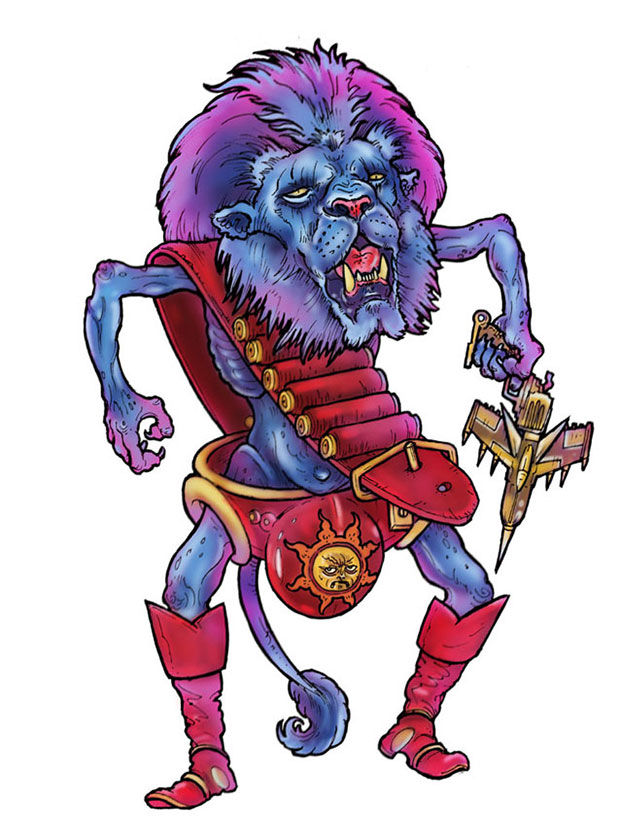 A recent portrait of myself.

If you come burdened with questions I shall do my best to provide answers. Until then, I pray that I’ll see you below.

Welcome to the Forums.