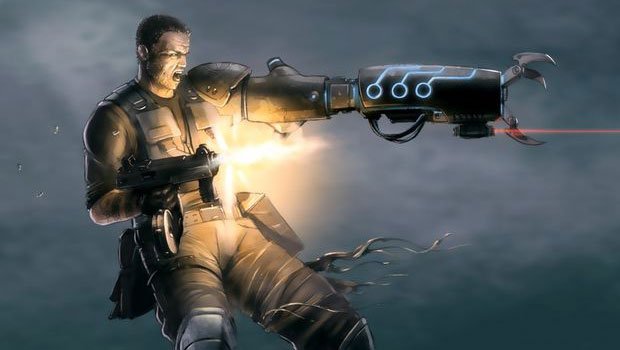 There comes a time in every person’s life where they get the inclination to lop off an arm, replace it with a kick-ass bionic one, and save the world. Luckily for the mothers of arm owners everywhere, Capcom has been providing a safer alternative to these desires in the form of the Bionic Commando videogame series.

Beginning in the late 80s, and garnering sequels (sort of) and a very classy remake, the original Bionic Commando has been in the gamer’s eye for over twenty years. During that time, Capcom has kept the franchise strictly 2D, but they’re about to reboot the series for this generation of consoles with an all-new 3D version of Bionic Commando.

Destructoid is happy to bring fans of the series this first-ever look at the original concept art for the upcoming title. Keep in mind that this is the original concept art for the game, and not what the final product will look like. In case that concept is still a little too cloudy for you, I’ve included the official gameplay trailer for you after the jump, and you can check out even more Bionic Commando goodness at the game’s official Web site right here.