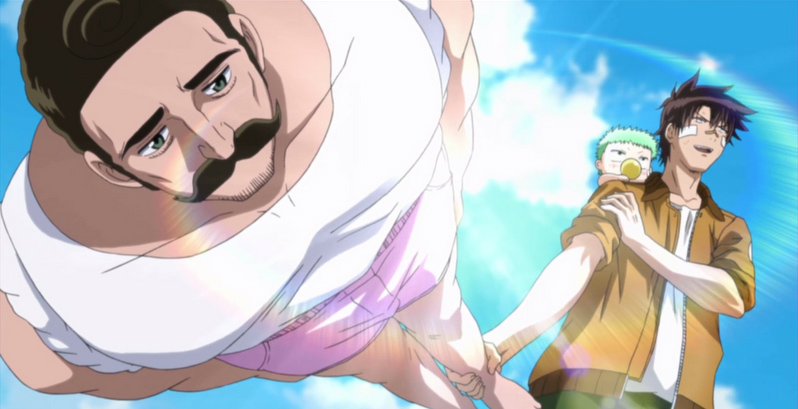 ‘If you could punch anyone on Dtoid…’

Welcome to the revival of Destructoid’s long-running, much-maligned community interview series. This relic was started, dropped, restarted, left by the wayside, then once again recovered to celebrate a new year of community involvement! So I guess welcome to Destructoid Community Interviews Third Strike: Fight for the Future.

After finding the old community interviews account, I tried jiggering the handle a little bit. I used a coat hangar and even tried a slim jim, but that account was sticking pretty good and I didn’t want to break the glass on the window, so I decided to take the community interviews for a spin in my own automobile instead, and that’s okay!

So now I give you the interview as it was, raw and uncut (with the exception of a few omissions stating our spelling corrections). I made it a point to do the interview in a more immediate fashion with chat, rather than longform emails. So without further ado, here is the community interview with our very own Monsieur Mustache and guitarrista especiale, SeymourDuncan17!

Striderhoang: Let’s start with some basics. How did you end up on Dtoid and what kept you there?

SeymourDuncan17: Like with most things in life worth remembering, I don’t remember. But, I know I started here in probably 09/10. As much as I want to say “It was totes Jim and Podtoid,” I didn’t start listening to it until 2013.

If I could remember, it’d likely be a rather humble memory. Like “There was an article I liked that I wanted to comment on.”

My first icon was Egoraptor’s Snake from Metal Gear Awesome. I do remember that.

Striderhoang: If you remember your first icon, why did you switch over to your well-known Alain Deleon. That’s right, I know.

SeymourDuncan17: A very good friend of mine, let’s call him “Bear,” suggested that I use it one day. Not for Dtoid, but for Facebook.

I was taken by the mustache, mostly. Probably the most mustachioed of men I ever did see. So, for some time, I used it. Meanwhile, I decided to make the same transition on Dtoid. Eventually, it stuck.

I was happy. Because I officially had an online persona that was no longer a name I came up with at 17 that people always spelt incorrectly anyway.

I have been tempted to change it every so often, but I don’t think it’ll happen.

Striderhoang: There’s usually a question related to interacting with Dtoid staff, but let’s extend it to any Dtoider. What would you do with any Dtoider for a good time?

Oh, I have some folk in mind. 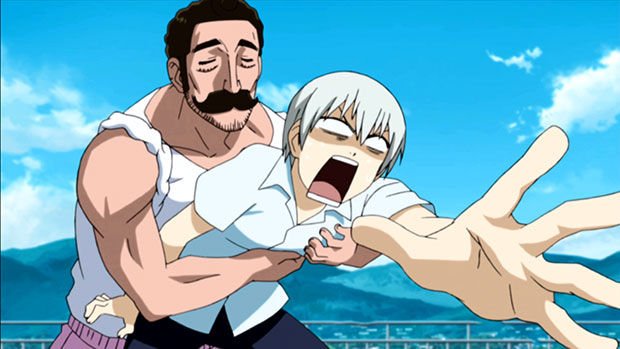 SeymourDuncan17: I am curious if Nekro is as he is on Dtoid IRL.

But, besides that, I would love to hang out with Dream at some point. Talk with him about life, help him out, hug for long periods of time, share iced cream treats.

SeymourDuncan17: Oh, and, naturally, I desperately want to meet Jonathan Holmes and bask in the sheen of his almost-baldness. And maybe discuss our favorite Animal Crossing characters.

SeymourDuncan17: Immediately, I have to say the Playstizzle Two-izzle. I love that thing so much. It’s the perfect dosage of both nostalgia and quality.

It was a time of experimentation and big advances in storytelling/world-building. I actually plan on collecting PS2 games (and PS2s, if possible) for as long as I live (or for as long as we continue living in our current physical realm).

Lots of wonderful memories were had there. Ratchet & Clank, Jak and Daxter, Sly Cooper, Fatal Frame, Katamari Damacy, Final Fantasy, Star Ocean (even if it’s aged terribly), etc. And I continue finding hidden gems and oldies that I never considered playing back in the day such as Ico or Killer7.

They also house some of the most awesome artistry and music. The only other franchise that I can think of that comes even close is Final Fantasy.

Striderhoang: Can you think back to your first reaction to quick posts? How did you feel about their introduction versus how you feel now?

SeymourDuncan17: I don’t believe I had any real objection to it. Just that it was different and, on principle, that is fucking frightening. I did have a big issue with the Followers = Upvotes system as I felt it would encourage an elitist community where new blood might be encouraged to pander to certain members for attention rather than speak their mind…

But, now? I laugh that I actually thought that. I even now have a guideline in place for how I use my flex-worthy Follower count:

25 FAPs – I CANNOT LOVE ANYTHING MORE THAN I LOVE THIS. 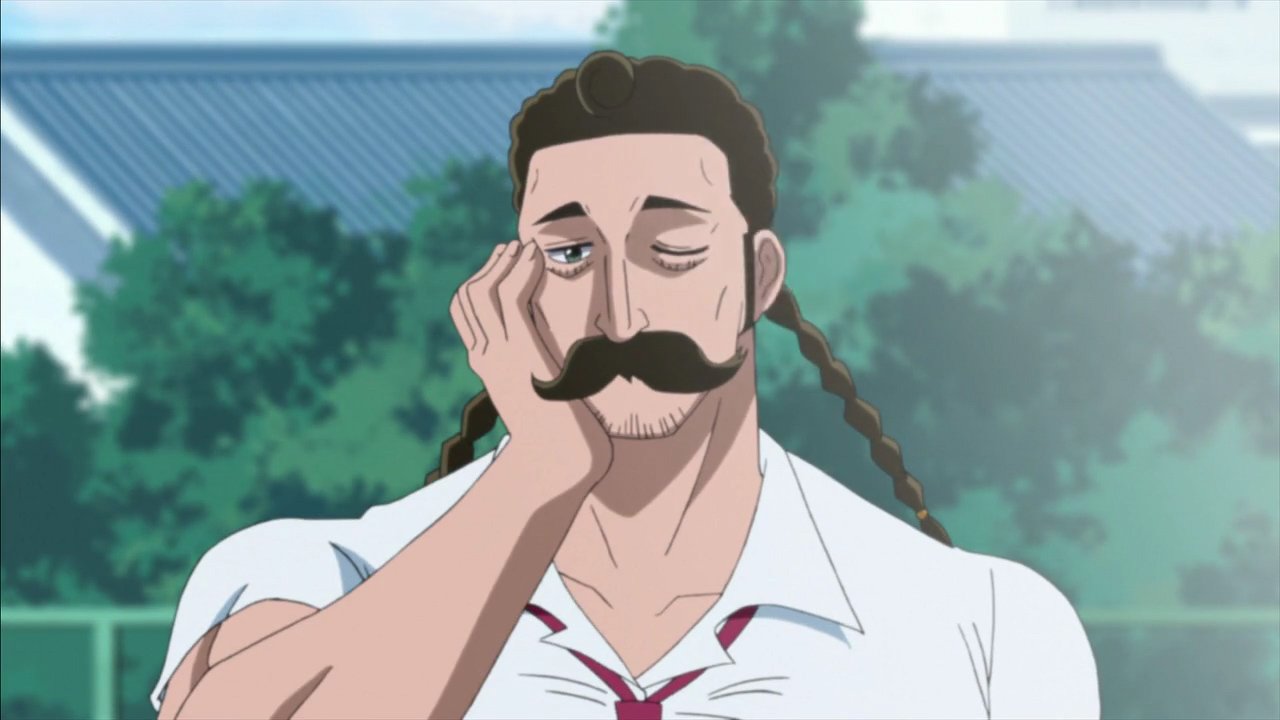 Striderhoang: Someone has challenged your street cred. How would you settle the dispute? Try to balance your choice between something you’re awesome at and something the opposing party would likely agree too.

SeymourDuncan17: I tell them to wait for just a second as I run away. But, I come back, because I’m trustworthy like that.

I return with an acoustic guitar and sooth them with “Video Killed the Radio Star,” because everybody loves that song. We then trade Pokemon cards and talk about our favorite episodes of Futurama.

Mine is Mistral’s theme, “A Stranger I Remain.”

SeymourDuncan17: Silly boy. Of course the first answer is going to be what I’m listening to now! Which is the P4: Dancing All Night remix of “Heaven.” Before that, it was more Persona stuff. But, ignoring all that is some Alice in Chains. I’ve been practicing “We Die Young” on my electric.

Also, “Ghost Fight” from Undertale as a third choice.

Striderhoang: I just remember I’ve forgotten a more basic question to ask you: how did you pick your online handle?

SeymourDuncan17: Seymour Duncan is a brand of guitar pick-ups (things that help make the noise on a guitar), and I was 17 when I made the name.

Earlier, I referenced that there was a name I made at 17 that people kept misspelling. “SeymourDuncan” wasn’t it. That was “Hammett,” named after who used to be my favorite guitarist.

I used Seymour Duncan because I was convinced that those were the pick-ups used by another favorite guitarist of mine, Steve Vai. But, I had him confused with someone else. I believe he uses DiMaggio’s.

So… it’s one of those names that I wish I could change. Maybe to just “Seymour,” if possible.

Striderhoang: Two more eye-opening, personality choice questions! You’re in an underground fighting game character tournament. Who do you elect to fight for your honor and prestige or just to represent you?

SeymourDuncan17: I’ll be fair and just pick which character I love the most. If he/she/it isn’t up to the task, it’s okay. I understand.

So, I choose Midna! Shake a leg!

Striderhoang: Seems fine. She got a random Twili wolf to ride in Hyrule Warriors. After that, she doesn’t depend so much on that wolf even in her moveset.

Striderhoang: DON’T TELL ME LINKLE DOESN’T EXIST SOMEWHERE, OUT THERE AMONGST THE STARS.

Striderhoang: WE HAVE REACHED A CONSENSUS. 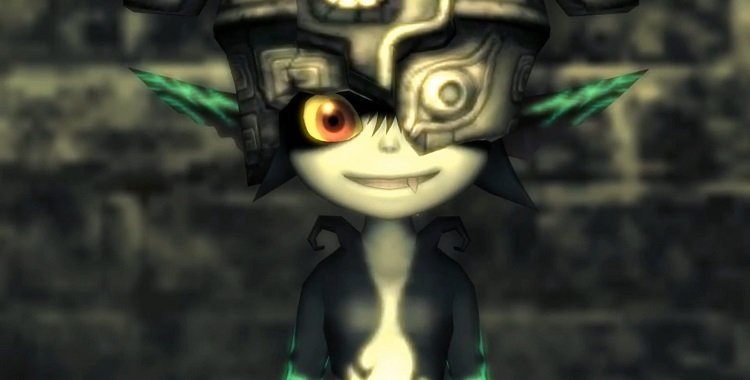 Striderhoang: Okay, last one. If you could have a snazzy title of your own like how staff smugly equips, what would it be?

SeymourDuncan17: That’s dangerously close to coming up with a username that I will like for more than half a day and you know I’m terrible at that. I would be assigned a name instead, then it’s someone else’s fault if it’s a dumb name.

The most efficient way to live is to let others make decisions for you.

Depending on which way you choose to perceive that, it is either completely untrue or very very true.

Striderhoang: This wouldn’t be a right conclusion without your own closing words.

Remember: If you ever need a ride somewhere, I don’t have a car yet. 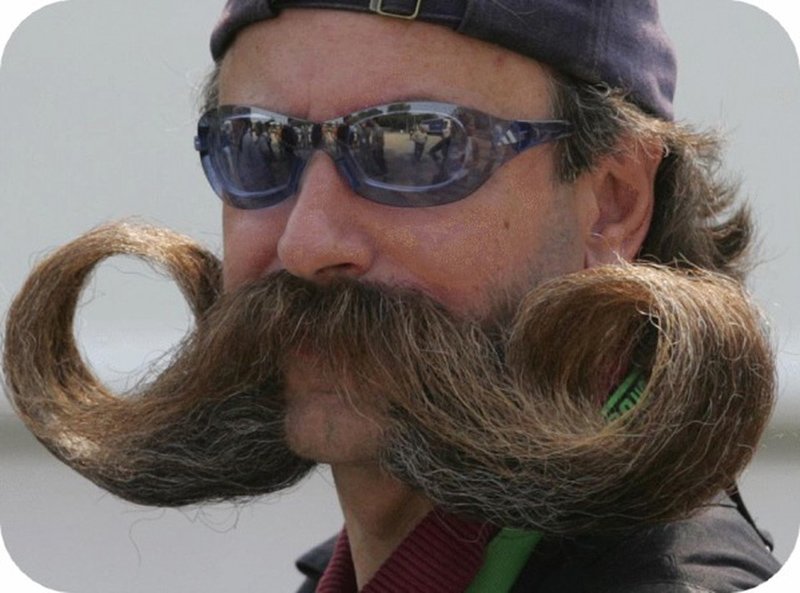 Tune in next time for our next foolhardy victim!